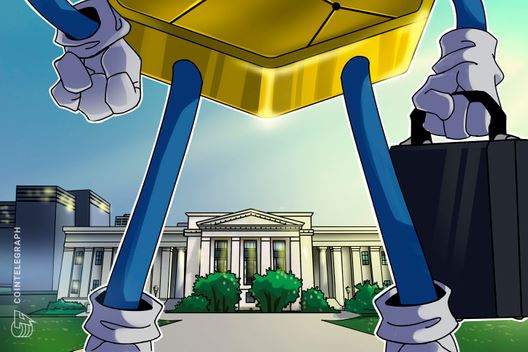 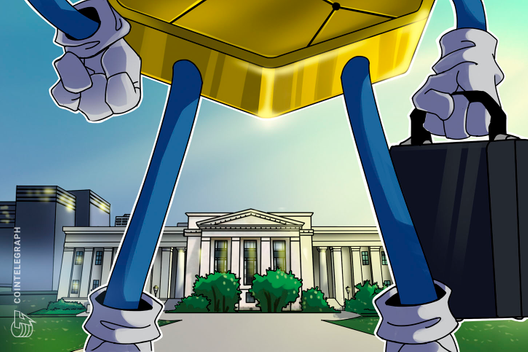 Who represents crypto in a U.S. Congressional hearing dubbed “Examining Regulatory Frameworks for Digital Currencies and Blockchain”, weeks after Facebook’s Libra is discussed…

Today, on July 30, United States lawmakers will once again gather to debate cryptocurrency and blockchain policy in a hearing dubbed “Examining Regulatory Frameworks for Digital Currencies and Blockchain.” The hearing is scheduled for 10 a.m. EST and will be broadcast live.

This time, the U.S. Senate Banking Committee is planning to hold a broader discussion on crypto following the intense, Libra-focused testimony earlier this month. The witness panel will be represented by Jeremy Allaire, co-founder and CEO of payments company Circle, who will speak on behalf of the Blockchain Association; Rebecca M. Nelson, a specialist in international trade and finance at congressional think tank the Congressional Research Service; and law professor Mehrsa Baradaran from the Irvine School of Law at the University of California.

Here are the brief profiles of all three witnesses, along with their stance on regulation, based on their prepublished testimonies.

Allaire was born in 1971, in Philadelphia, Pennsylvania. In his early career, he had mostly been dealing with internet technologies, eventually becoming a major investor in the space. In 1995, two years after graduating from Macalester College in Minnesota with a major in political science, Jeremy and his brother J.J. founded Allaire Corp., a company focused on creating web development tools. Their company successfully went public in 1999 and was then merged with its rival Macromedia in 2001. Two years later, Jeremy Allaire left Macromedia to work for venture capital firm General Catalyst Partners. In 2004, Allaire founded Brightcove, an online video platform. After a prosperous initial public offering in 2012, Allaire stepped down as Brightcove’s CEO in 2013 but continued to serve as chairman of the board.

In October 2013, Allaire and Sean Neville founded Circle, a startup for facilitating money transfers with digital currencies like Bitcoin (BTC). The company’s core product, Circle Pay, is essentially a wallet for storing and sending cryptocurrencies. Its main feature is that BTC kept in the wallet is insured, so in the case of funds being stolen from the user’s account, all the money will allegedly be compensated. It has been backed by a number of mainstream, blue-chip investors, including Goldman Sachs.

In 2015, Circle became the first company to ever receive a BitLicense, a business permit for conducting digital currency activities in the state of New York. In February 2018, Allaire’s company announced that it purchased Poloniex, a major U.S.-based cryptocurrency exchange for $400 million. In September the same year, Circle launched a USD-backed stablecoin dubbed USD Coin (USDC).

When, at the start of July, U.S. President Donald Trump tweeted regarding cryptocurrencies, blasting Bitcoin and Libra, Allaire responded on Twitter. His statement echoed that of many blockchain industry leaders in stating that the acknowledgment, albeit being a negative one, still goes a long way to promote the cause. Allaire wrote:

Allaire is strongly pro-regulation, as he has stressed numerous times that the crypto space needs more regulatory certainty. For instance, in May this year, the entrepreneur argued in a blog post that digital assets represent a fundamental new class of financial instrument and should not be considered as a security, commodity or a currency, while also arguing that the U.S. Securities and Exchange Commission is being forced to develop guidance regarding cryptocurrencies, deeming them to be securities. Allaire also declared in the same blog post that existing laws cannot address the cryptocurrency issue:

“We urge lawmakers to recognize the unparalleled economic power that permissionless innovation has unleashed and to act to let crypto and blockchain technologies flourish. We know lawmakers want to support economic growth and want them to seize the opportunity to lead the charge.”

On the following day, Allaire announced that Circle had to eliminate 30 job positions — roughly one in 10 of Circle’s employees — due to the “increasingly restrictive regulatory climate in the United States.”

According to his testimony, the Circle CEO will stress the existing banking system’s problem with money laundering issues, in which “99% of money laundering goes undetected.” Allaire then envisions a better future, “one that is built on a technological transformation ushered in by digital assets and blockchains,” with decentralized public ledger technology ensuring compliance with Know Your Customer and Anti-Money Laundering (AML) rules, helping to “radically improve privacy and reduce data leakage.”

Moreover, Allaire is going to urge U.S. lawmakers to understand the differences between USD Coin and Libra, given that “the recent announcement of the Libra cryptocurrency was the first time many people heard about the concept of a stablecoin.” Specifically, he argues that USDC has more use cases than Libra because it is built on Ethereum, the most popular smart contracts platform, and that his company’s stablecoin will eventually become “blockchain-agnostic.” Moreover, Allaire reiterated that stablecoins are “critical building blocks for the future digital economy.” One of the finishing sentences in Allaire’s testimony reads:

“Without a sound, pragmatic, and agile national policy framework for digital assets, I am concerned that the United States will not be the world’s leader in this critical new technology, that it will continue to fall behind, and that it will not fully reap the benefits of the economic transformation that digital assets will bring.”

Nelson has been working in international trade and finance at the Congressional Research Service — a public policy research arm of the U.S. Congress — since 2009, the same year she received a Ph.D. in political science from Harvard University. In December 2018, Nelson presented a report to Congress dubbed “International Approaches to Digital Currencies.” At the end of the 20-pages long document, she stated that “a number of potential oversight issues and questions for Congress,” like “what lessons might be gleaned from other countries that could inform U.S. regulations of the cryptocurrency Market?”

Indeed, Nelson stresses that her current testimony also “focuses on the international landscape of digital currencies and emerging policy issues.” After outlining various types of cryptocurrencies and how they are treated in different jurisdictions — such as Malta, China and Japan — Nelson discusses cryptocurrency projects conducted by large corporations and the potential reasons why Libra has been met with an unprecedented amount of resentment. Her written testimony says:

“Facebook has garnered far more interest and backlash against its cryptocurrency plans than other traditional financial MNCs, due to questions about Facebook’s alleged lack of expertise in the banking sector, the size of its network, and concerns about its handling of user data.”

“Large-scale adoption of digital currencies could have a range of policy implications for the United States, including financial stability, consumer protections, AML/CFT, privacy considerations, and sanctions policy, among others.”

Mehrsa Baradaran is an Iran-born law professor specializing in banking law at the University of California, Irvine. She immigrated to the U.S. with her family in 1986, where she enrolled at Brigham Young University. Upon graduating, she went to New York University, where she then obtained her law degree.

In 2015, her book “How the Other Half Banks: Exclusion, Exploitation, and the Threat to Democracy” was published to much critical acclaim. In it, Baraban discusses the concept of postal banking, in which public banks offer a wide range of transaction services, including financial transactions, remittance, savings accounts and small lending. “These institutions would remain affordable because of economies of scale and because of the existing postal infrastructure in the U.S. Plus, in the absence of shareholders, they would not be driven to seek profits and could sell services at cost,” she wrote. The idea was subsequently endorsed by Bernie Sanders.

In December 2017, Baradaran stated on Twitter that she is familiar with cryptocurrencies, as she has been following the space for years. The remark was made during her debate with Steven McKie, an active community member and CEO who works in blockchain-backed asset management. As part of the argument, Baradaran criticized Bitcoin for lacking the potential to be a tool to close the wealth gap due to its high volatility and limited adoption, among other reasons.

“I have been following bitcoin and cryptocurrency for years. I do not believe my understanding is limited, but always happy to read more.”

Thus, Baradaran begins her upcoming testimony before Congress by arguing that “banks have abandoned certain low-profit communities and customers” and references the postal banking concept as a potential gateway for the unbanked (who are also the primary audience for Libra, according to its promotional material).

The law professor then comes up with the ultimate idea behind her testimony, saying that “cryptocurrency is not the way to achieve financial inclusion.” She argues:

“Thus far, fintech has only served the population who is already banked and blockchain use is limited to the technically savvy. There is no reason to doubt the good intention of these technology companies, but I believe there is a fundamental mismatch between the problems and barriers that the unbanked face and the technological solutions being offered. What unbanked customers need are simple and safe places to save their money, and then convenient and inexpensive ways to use it. The most popular product for low-income consumers has been a very simple, and still very expensive, prepaid debit card.”

“Some might argue that total adoption of crypto currency is unnecessary to provide some measure of benefit to the underbanked, but then we are left with debating how much financial inclusion is good enough, who should be included, and still what to do about those who are left out.”

Baradaran finishes her testimony by stressing that there are inequalities and problems in the U.S. banking system and they must be fixed, but only “through democratic means.” She then stresses that “cryptocurrencies want to take over where our public institutions have failed,” but argues that it is ultimately the duty of Congress.