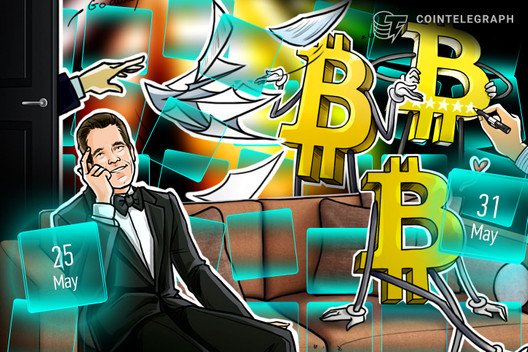 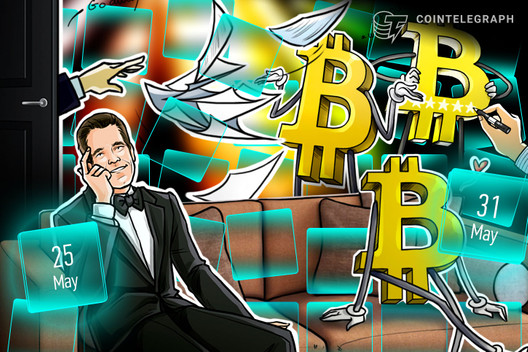 Goldman Sachs attacks crypto, why Bitcoin may be wandering into a bull trap, and how Libra is going to make money.

One of the world’s biggest investment banks caused a stink this week when it declared cryptocurrencies are not an asset class. In a leaked PowerPoint presentation, Goldman Sachs warned Bitcoin doesn’t provide diversification benefits, dampen volatility in a portfolio or show evidence of hedging inflation. One damning line read: “We believe that a security whose appreciation is primarily dependent on whether someone else is willing to pay a higher price for it is not a suitable investment for our clients.” Goldman’s view is directly at odds with Michael Bloomberg, whose financial reform plan unequivocally called BTC an asset class. As you’d expect, the crypto community reacted furiously. D-TAP Capital founder Dan Tapeiro argued Goldman Sachs was simply worried about protecting revenues, as it doesn’t make fees when a client buys BTC. Tyler Winklevoss also criticized the quality of Goldman’s research, writing: “Crypto used to be where you ended up when you couldn’t make it on Wall Street […] Today, Wall Street is where you end up when you can’t make it in crypto.”

Bitcoin grew in value by nearly 25% in the month of May — and now, it’s on track for a bullish monthly candle close. But wait! It might be a little too early for long-term hodlers to get excited. Cointelegraph’s Keith Wareing believes a pullback in BTC’s price is “somewhat inevitable” after such a big increase over the last eight weeks. A new downward channel has emerged on the charts that puts $9,700 as resistance, $8,700 as the midpoint level and $7,400 as support. However, he expects any dip would be short-lived “due to the increased momentum” across other indicators. According to Michaël van de Poppe, BTC needs to hold above $9,300 in a bullish scenario — and as long as that level remains support, further upward activity should be expected. There have been other interesting developments this week. Grayscale Investments is now buying 1.5 times the amount of Bitcoin being mined — adding 18,910 BTC to its crypto fund even though just 12,337 BTC has entered circulation. “There isn’t enough new supply to go around, even for just one guy,” commented Binance CEO Changpeng Zhao. 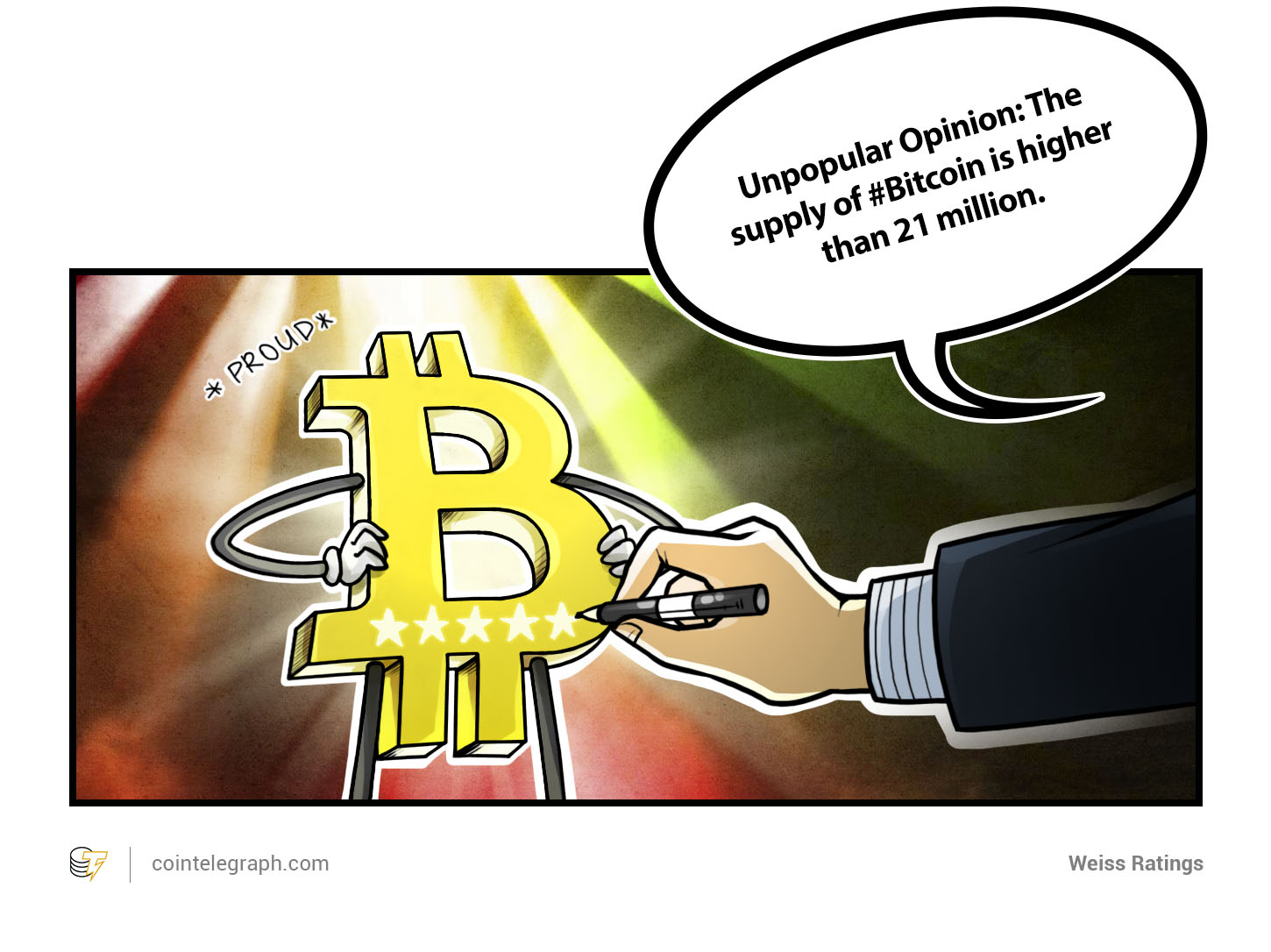 We’re starting to get a few more juicy details about what Libra will look like — and how Facebook’s controversial stablecoin will make money. Mark Zuckerberg, the social network’s CEO, believes the digital currency will cause ad prices to soar. During an annual shareholder meeting, he said Libra means consumers will find it easier to make impulsive purchases — and as a result, companies will be prepared to pay more when they are bidding for advertising. Last year, Facebook earned about $69.6 billion from selling ads, representing a whopping 98% of its total income. In other news, the company is continuing to spruce up the project so it can appease regulators. Facebook’s accompanying digital wallet, Calibra, has now been rebranded as Novi. A representative told Cointelegraph that “people were getting confused” because Calibra and Libra sounded too similar — and it’s hoped that the new name will create a distinction between the two.

Big news in the crypto rankings this week — Ripple’s XRP is no longer the world’s third-largest cryptocurrency by market capitalization. It has now been overtaken by Tether, the stablecoin that’s pegged to the U.S. dollar. XRP has failed to gain adoption among retail investors — and USDT’s average daily trading volume in May was 25 times higher. It’s the latest chapter in a very sad book for XRP, which has seen its market cap collapse from highs of $130 billion in January 2018 to just $9 billion today. Of course, the race is far from over. A decent bull run could help XRP regain third place and blow past its stablecoin rival, which cannot move up or down by more than a few percentage points.

Weiss is known for its controversial cryptocurrency posts — and now, the ratings agency has shared its latest unpopular opinion: The supply of Bitcoin is higher than 21 million. “Exchanges leverage the existing supply of any #crypto asset in much the same way banks leverage the supply of fiat money,” Weiss explained in a tweet. It recommended investors to hold their own crypto, thereby ensuring that they don’t have to put their trust in these trading platforms. 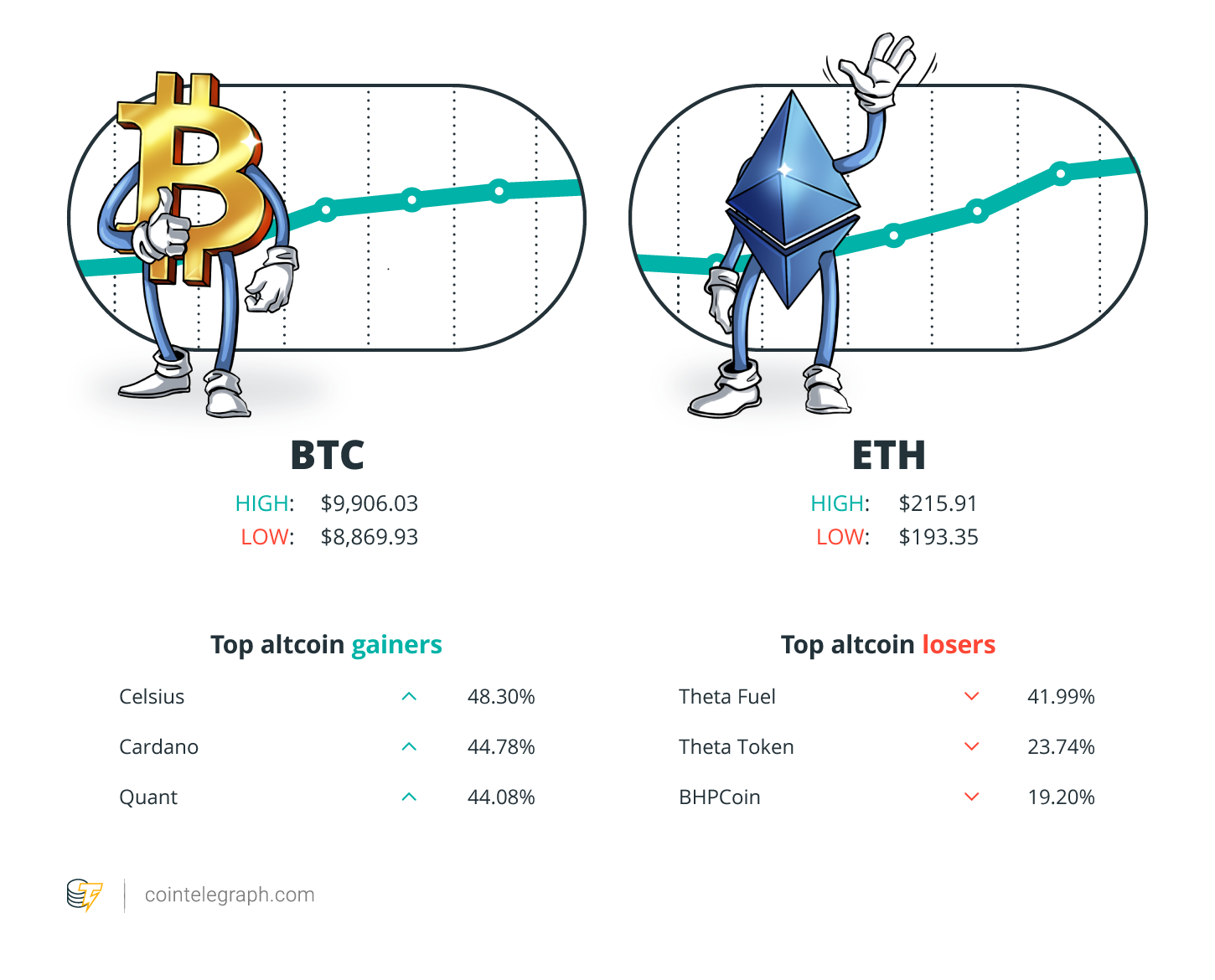 “The last 896 days were simply one massive re-accumulation phase before the run to 100k+ #bitcoin, and the consolidation structure will soon be broken. Are you prepared?”

“When they run an ad, somebody clicks on that ad and is now going to be more likely to buy something because they actually have a form of payment that works that’s on file; then it basically becomes worth it more for the businesses to bid higher in the ads. And what we see are higher prices for the ads overall.”

“Craig Steven Wright is a liar and a fraud. He doesn’t have the keys used to sign this message … We are all Satoshi” 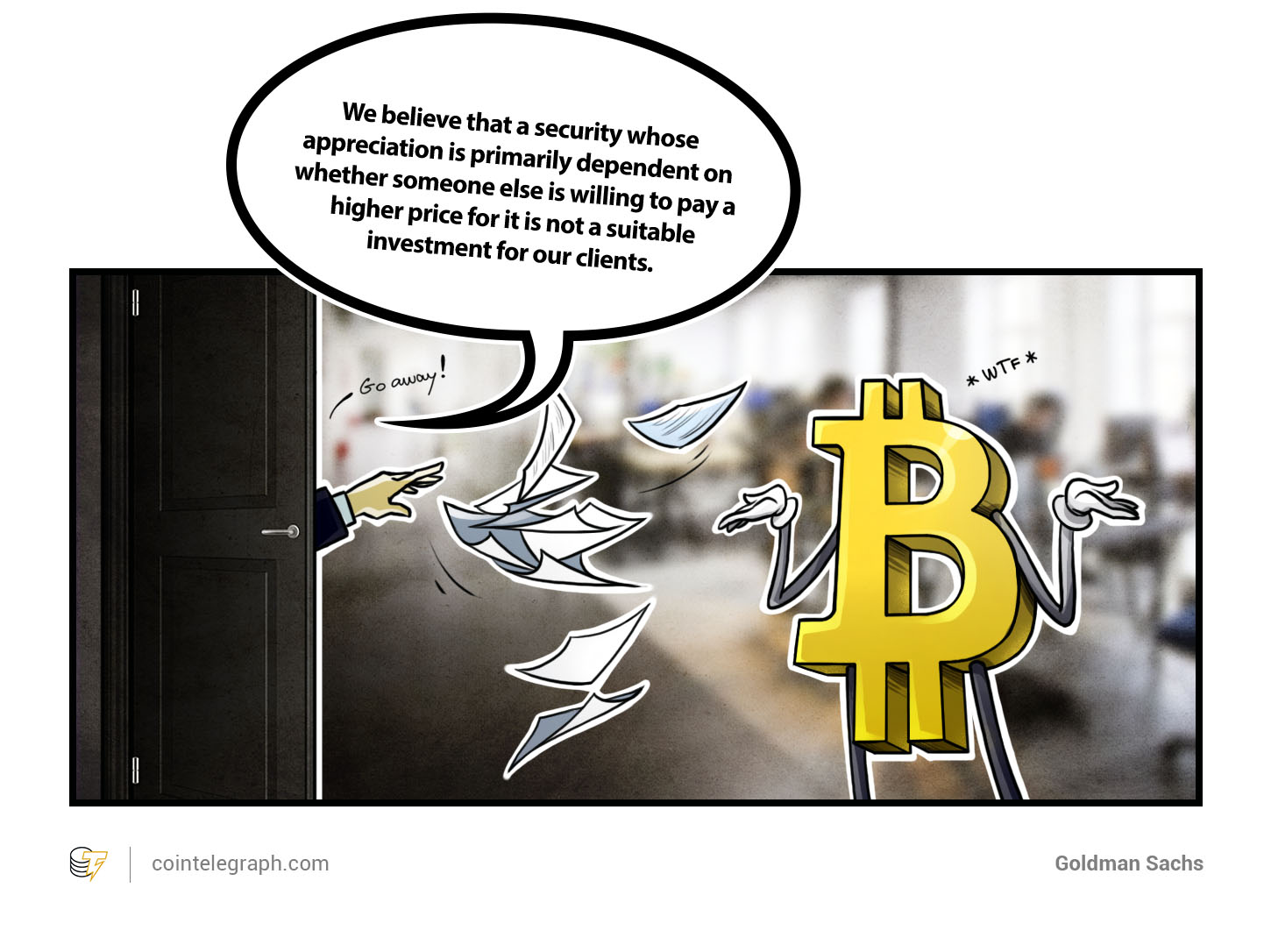 “In the specific case of issuer-backed stablecoins there’s lots of things that could be done but aren’t, eg. every stablecoin could be an instant cross-chain bridge!”

After spending almost 900 days correcting from its all-time high of $20,000, one trader believes Bitcoin is about to begin its trip to $100,000. Positive Crypto said a “massive accumulation phase” has taken place between December 2017 and now — with investors repositioning themselves and buying in. Despite wobbling around the halving and after, Bitcoin’s price has entirely erased losses from its March crash, which Positive Crypto notes formed a “higher low” compared with the peak of the bear market in December 2018. That cycle of “higher lows” itself positions the market for upside. As we’ve seen in past predictions over recent weeks, many analysts believe a bullish trend for Bitcoin will kick in over the next year or two.

Transactions on the Ethereum blockchain are easier to track than those on Bitcoin’s network, according to new research. A unique feature of Ethereum is its name service, which ties addresses to human-readable “.eth” domains. The researchers were able to scrape 890 domains located on public Twitter profiles, and this was already enough to discover potentially compromising activity. About 10% of those wallets had interacted with gambling platforms, while 5% used adult services. Another problem lies in how those who use mixer services to “clean” their funds by sending them to a new address aren’t using the features properly, making identification easy.

Colombia is the ransomware capital of Latin America

A worrying new study has revealed that 30% of all ransomware attacks within Latin America have specifically targeted Colombia. The country had the same number of incidents as Peru and Mexico combined, with the report warning that the threat is “underestimated.” Small- and medium-sized businesses are the preferred targets of cybercriminals, but 83% of Colombian companies lack the response protocols necessary to handle the violation of information security policies. Phishing emails are the most common technique, and victims who click on suspect links normally end up being locked out of their devices. Up to $1.1 million in ransoms were collected over the course of 2019. 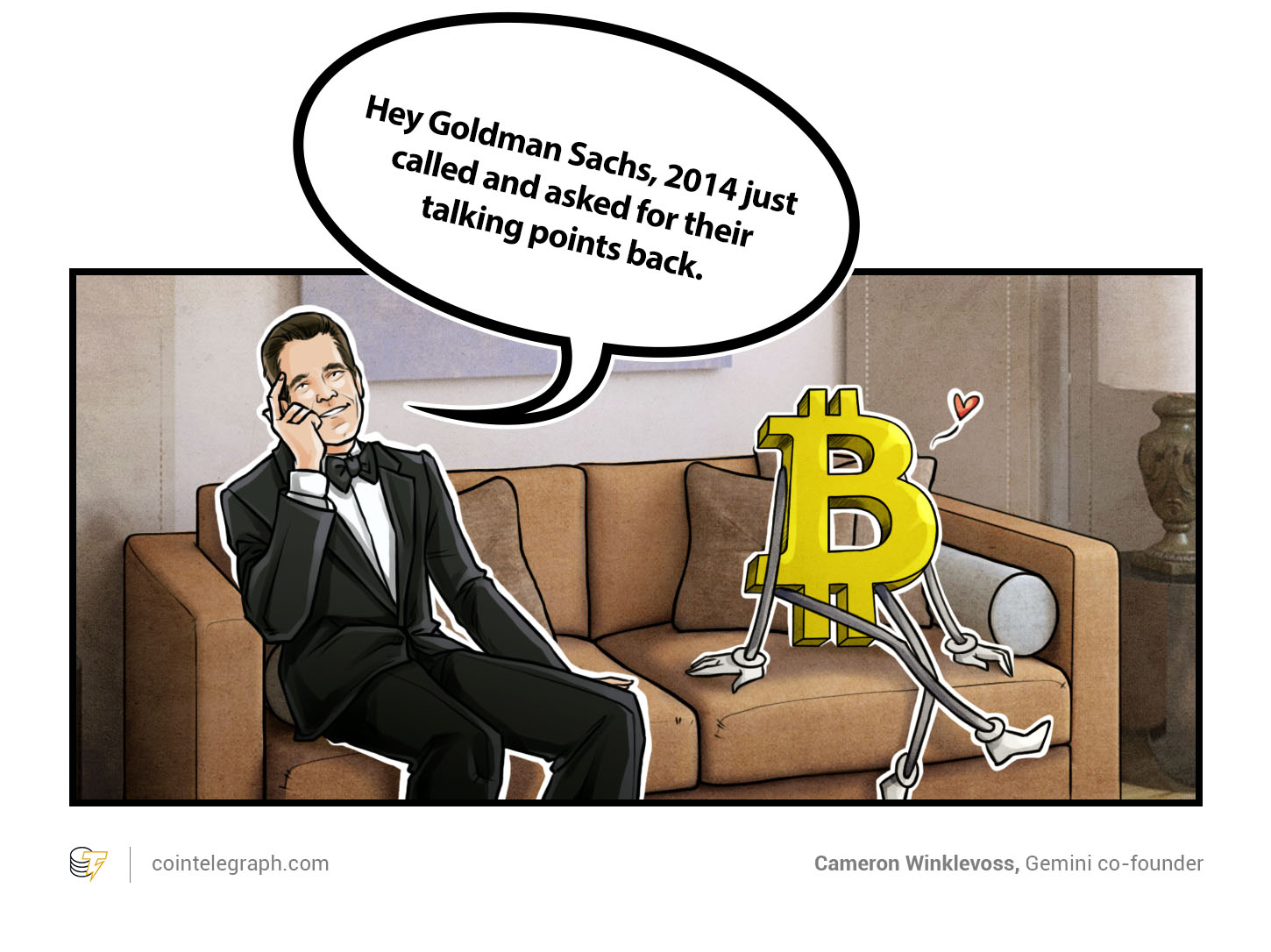 A man is facing up to 20 years in jail and $500,000 in fines for allegedly participating in a $94-million Bitcoin-for-cards scheme. Vitalii Antonenko was arrested at New York’s John F. Kennedy International Airport after arriving from Ukraine, and it is claimed he was carrying devices “that held hundreds of thousands of stolen payment card numbers.” Prosecutors say the suspect and his co-conspirators used SQL injection attacks to extract payment card data from vulnerable networks and then sold it on “online criminal marketplaces.”

The crypto enthusiast’s dream: top countries that tick all the boxes

Alongside the internet, cryptocurrencies have made the world a global village. Here’s Jinia Shawdagor’s list of countries that are ideal for crypto enthusiasts to live in.

Interaction with the Ethereum network recently hit an all-time high, but as António Madeira explains, the increase in gas usage may pose problems for the cryptocurrency network.

Even though banks are not prohibited from providing accounts to crypto traders, financial institutions in India are still hostile toward crypto. Mohammed Danish looks at the legal resources available to Indian crypto users and businesses if they face cryptophobia.