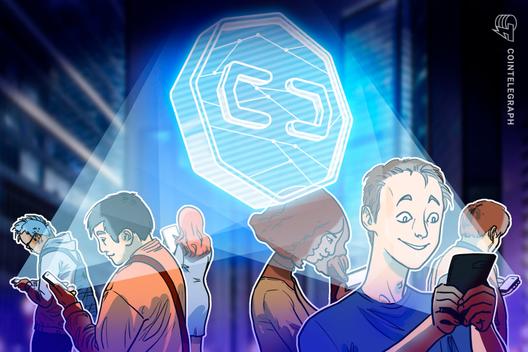 A study reveals that more than 80% of all crypto related posts on Reddit are positive in nature, sentiment toward crypto on a rise in recent years…

Despite all of the bad press that the digital asset industry continues to receive on an almost daily basis, it appears as though the overall sentiment of the online communities in regard to this burgeoning domain is still pretty positive. For example, Comparitech — a research firm that provides its consumers with a host of specialized data that allows one to make more informed decisions — recently used a machine learning-based analysis tool to study more than 48K Reddit posts to determine which cryptocurrencies were viewed most favorably by the masses. Not only that, the study also took into consideration a total of 7,500 crypto/blockchain-related articles from a variety of different national and international media outlets.

All of the posts, tweets and articles analyzed by the researchers were scored on the basis of their positive/negative sentiment — primarily in relation to other articles included in the study. In this regard, there were a few notable trends that jump out at the reader upon first glance. While over 85% of the analyzed Reddit posts were deemed to be positive in nature, articles published by various mainstream media publications such as HuffPost, Business Insider and The International Business Times were, by and large, dismissive of the crypto market.

To get a better overview of the matter, Cointelegraph has reached out to Craig Russo, owner of Peer, a Boston-based startup that is behind the popular crypto and gaming media outlet SludgeFeed. When asked about what the overall sentiment of the average social media user toward the crypto industry (at large) was like, Russo pointed out:

“While there will always be different camps or schools of thought on the crypto industry, the overall sentiment across social media continues to be bullish, both on future price growth and mainstream adoption of the technology.”

A similar point of view is also shared by Sritanshu Sinha, an independent crypto author and analyst, whose work has been shared online by the likes of John McAfee and Kim DotCom. Sinha pointed out that the overall reception that the crypto industry has received thus far on forums such as Reddit and Twitter has been quite warm. He is also quick to point out that, since the Reddit community as a whole views itself as being anti-establishment, the platform’s users are usually drawn to crypto much more than your average investor. Similarly, in the case of Twitter, he believes that there are a few independent analysts who have hundreds of thousands of followers and therefore have the power to influence the community toward fostering a positive view regarding various altcoins/digital offerings.

Has the public views on crypto changed over the years?

Another pertinent question is how the crypto industry’s general perception has evolved since the novel asset class came into the spotlight a few years back. For example, it is no secret that all through 2018, investor confidence in this space has been dwindling. However, Russo believes that Bitcoin’s (BTC) financial upswing over the last eight months has been a turning point for the industry, especially across different social media outlets. Further elaborating on his views, Russo added:

“This is in stark contrast to those invested in the altcoin markets, as many are in disbelief towards the poor performance of their assets. The regulatory environment definitely plays into the latter, as increasing pressure from the U.S. government has undoubtedly hurt investor interest in Bitcoin alternatives (i.e., Binance shutting down to U.S. customers).”

When compared to the previous years, the general sentiment toward the crypto sector has certainly become less hostile. For example, back in 2017, a time when Bitcoin was witnessing astronomical growth, the industry was still facing a lot of heat from many financial experts of differing pedigree. And while the market, at the time, was replete with countless scams (especially Twitter bots) such activities have largely died out now.

As mentioned earlier, a host of recent surveys seem to suggest that more than 80% of all crypto talk online is positive. This number seems abnormally large for an industry that is usually on the receiving end of a lot of criticism from various traditional media outlets. Sharing his thoughts on the subject, Sinha pointed out:

“80% seems about right. Mostly, because that’s the nature of evangelism. Most of us on social media seems to be crypto-evangelists. However, positive sentiments and bull markets are highly correlated and they seem to be feeding off each other to create a positive feedback loop. If I have to prophesize, the 80% positive sentiment will not be the case during a bear run. Then the voices of the skeptics will become louder and sentiments will turn increasingly negative.”

Tweet interpreters are being used to gauge global investor interest

A number of hedge funds and asset managers are currently turning to software developers to help them interpret and harness sentiment signals to their advantage. Speaking to Reuters on the subject, Bin Ren — CEO of Elwood Asset Management — was quoted as saying that this latest trend of identifying price clues from tweets and other social media messages is slowly turning into an “arms race for money managers.”

To put things into perspective, it can be seen that the costs involved with conducting such types of research analyses are quite steep. As per Andrea Leccese, president of New York-based investment firm Bluesky Capital, a simple bot-driven Twitter data exploration can cost firms anywhere between $500,000-$1 million.

Ever since Facebook announced its decision to enter the digital asset market — via its much-hyped stablecoin offering called Libra, which is backed by the Libra Foundation — the regulatory noose surrounding this space seems to have tightened considerably. However, contrary to popular belief, a number of crypto analysts seem to believe that increased regulations can be a good thing for the industry.

Cointelegraph spoke to Mohanned Halawani, the founder and CEO of Crypto PR, one of the first blockchain-specialized communication firms. He seems to be quite optimistic and believes that some of the latest regulations are actually quite advantageous for prospective investors, especially those regarding security token offerings (STOs) and initial coin offerings (ICOs). Halawani went on to add:

“The SEC has facilitated the emergence of Security Token Offerings which it felt was a more worthy investment vehicle when compared to traditional Initial Coin Offerings… Security tokens allow their investors to get information about the issuer on a fully transparent framework, providing complete visibility on all token allocations. Thanks to the regulatory benefits of these assets, authorities are beginning to their raise their standards among tradable asset classes and even support their implementation.”

Similar opinions are also provided by Joe Mercurio, project manager for Comparitech, who believes that the goal behind these regulations is to ultimately make consumers and businesses more comfortable with using cryptocurrencies on a regular basis. Mercurio shared his thoughts with Cointelegraph:

“I think that government entities will eventually adopt blockchain technology and new cryptocurrencies will begin to emerge. That said, I do believe that the market will remain volatile.”

Whether we like it or not, government regulations are crucial for any financial commodity — be it crypto or otherwise — to gain mainstream acceptance. And while these rules and guidelines may appear to hamper an asset’s growth at times, a majority of these regulations are a step in the right direction. Also, because Bitcoin and other digital currencies are basically tools for individual financial freedom, governments do not want to give up financial control over their citizens.

Simply put, when we see the history of such revolutionary technologies getting adopted by countries en masse’, we are sadly faced with a long and painful path that eventually leads to widespread human well-being.

How much of a role does social media play in shaping the public’s opinion on crypto?

Mercurio, whose core field of work includes the analysis of tweets and other online content to gauge public sentiment, is of the belief that there currently exists a strong correlation between the volume of social media posts related to a particular digital asset and its price. As part of his research, he claims to have often observed spikes in online articles when the price of a specific cryptocurrency changes. Mercurio went on to add:

“Social media posts remain more positive during times of price fluctuation compared to media coverage overall. Online enthusiasm regarding crypto has been overwhelmingly warm. We found that cryptocurrency-related subreddits were 55% more likely than media publications to have content with positive sentiment toward various cryptocurrencies.”

In a similar vein, to look at the impact that social media influencers have on the crypto industry, we can turn to a few high-profile individuals such as Elon Musk and LA Chargers’ star Russell Okung, both of whom have been advocating for the widespread adoption of crypto for quite some time now. In fact, Okung has sent out several requests to the NFL, asking the league (since the start of 2019) to provide its employees with the option of getting paid in crypto — a petition that is backed by fellow NFL star Matt Barkley.

It thus appears as though the crypto market will continue to grow, mainly because people want to find newer economic avenues that are free from the involvement of any corporations or government-controlled agencies. However, a lot of this growth will depend on the use cases that emerge from this space. Also, as social media continues to play an ever-increasing role in arenas such as politics and public affairs, there is no reason to doubt its utility when it comes to crypto adoption.