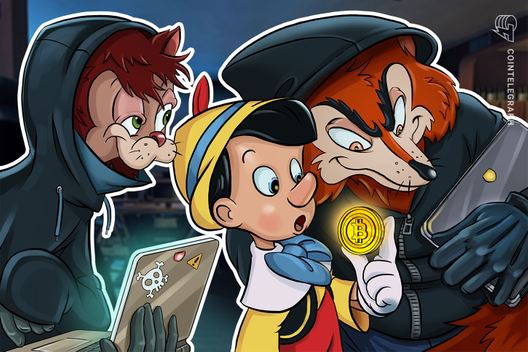 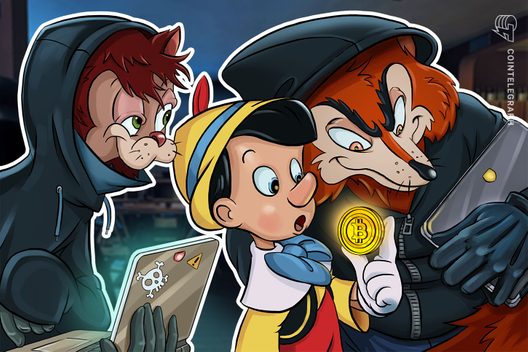 A Canadian Bitcoin (BTC) educator has scammed a crypto scammer and subsequently donated the money to charity.

As the Canadian Broadcasting Corporation reported on Aug. 7, Ben Perrin — a YouTuber who runs an education channel about cryptocurrencies and a marketing director at a Bitcoin exchange — received a scam message offering an investment scheme that would supposedly double his Bitcoin investment every 24 hours. Perrin told CBC News:

“I’ve come across a lot of these people before, they make ridiculous claims. In this case, every 24 hours, they guaranteed me a doubling of my Bitcoin, and said that if I would just send them some Bitcoin I could start seeing returns.”

Perrin decided to outfox the swindler by pretending to be a newcomer to Bitcoin, not understanding what was happening. He faked a Bitcoin wallet statement and said that he had already received a better offer from someone else:

“I said that I would gladly invest $20,000 with them if they would simply send me $100 back, I could then return it to them, just to ensure that everything was legit.”

As a result, the scammer sent $50 to Perrin, which the YouTuber further transferred to a philanthropic organization that helps people in Venezuela purchase food with digital currency.

New crypto scam schemes are on the rise

According to a recent report from computer security firm Skybox Security, cryptocurrency ransomware, botnets and backdoors seem to have replaced cryptocurrency mining malware as the tool of choice for cybercriminals. The report notes:

In June, Cointelegraph reported that attackers reportedly had been exploiting a vulnerability in the Oracle WebLogic server to install Monero (XMR) mining malware, while using certificate files as an obfuscation trick.