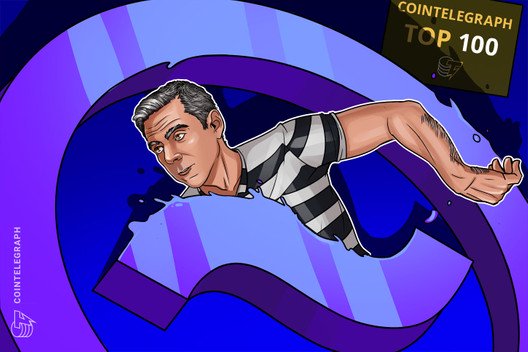 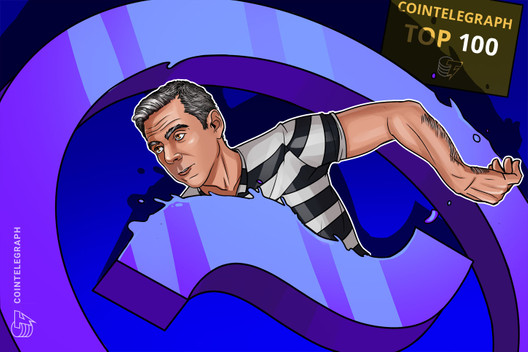 David Marcus of Facebook and Calibra came into the media spotlight late in 2019, and quickly became a vital figure for the industry.

David Marcus was born in France, grew up in Paris and Geneva, and had shown interest in tech from his early years. At 23, he founded his first company — internet provider GTN — and later sold it.

Marcus is currently the head of Calibra, a subsidiary of Facebook and the official wallet provider for the Libra cryptocurrency. He is a former head of messaging products at Facebook and was a board member of Coinbase in 2018. Prior to that, Marcus served as the president at PayPal after the Zong payments company he created in 2018 was bought out by the financial services giant.

In late 2018, Facebook’s initiative to develop its own digital stablecoin thrust Marcus into the spotlight of the crypto scene, as the tech entrepreneur was reported to be heading the effort. Following the official announcement of the Libra project, Marcus became a frequent newsmaker by either attempting to quell concerns around the project or making assurances about its future.

Most importantly, Marcus became a crucial figure in July 2019 after he was called in by the United States Congress to appear in two hearings on consecutive days in order to respond to the lawmakers’ harsh criticisms.

Ahead of the hearings, Marcus wrote a letter addressed to Democratic Rep. Maxine Waters — who had previously summoned Facebook to Capitol Hill — in which he said that Calibra and the Libra Association would cooperate with the lawmakers. Marcus stated:

“I want to give you my personal assurance that we are committed to taking the time to do this right.”

At the hearings before the U.S. Senate Banking Committee, Marcus was served with some tough questions. Although Marcus himself called the conversation a “thoughtful” one afterward on Twitter, the general consensus is that the lawmakers were not sold on Libra, as was evident by a subsequent sharp fall in the price of Bitcoin (BTC).

The very next day, Marcus faced an even harsher crowd as he responded to queries by the U.S. House Financial Services Committee. Democratic Rep. Brad Sherman eventually summoned CEO and co-founder Mark Zuckerberg to the Hill, seemingly dissatisfied with what Marcus had to say.

On Sept. 25, Marcus wrote an extensive blog post covering the advantages a blockchain-based payment system like Libra may have over traditional methods. In his view, “the existing ‘money networks’ are closed and are not well interconnected,” which makes them inefficient. They also require large liquidity pools and the involvement of many intermediaries.

Marcus concluded the post by saying that he believes the Libra way is ambitious, since it does not follow the traditional system. He reiterated his desire to bring the idea to life, perhaps in an attempt to reassure the project’s stakeholders that Facebook is not dismayed by the regulatory pushback:

“This is why we’ve decided to take the more ambitious route, and why we’re so committed to seeing it through.”

In a series of tweets at the start of October, Marcus made several reassuring statements regarding the security of Libra, availability of information and readiness of association members to stick with the project during difficult times. One tweet in particular noted:

“The tone of some of this reporting suggests angst, etc… I can tell you that we’re very calmly, and confidently working through the legitimate concerns that Libra has raised by bringing conversations about the value of digital currencies to the forefront.”

On Oct. 14, Marcus became a member of the board of directors of the Libra Association, representing Facebook. The four other seats were occupied by Kiva Microfunds, venture capital firm Andreessen Horowitz, Xapo Holdings Limited and PayU.

A few days later, Marcus stated in an interview that he has been following Bitcoin since 2012 and that he is a strong supporter of the coin and believes it is digital gold, which also means that it is not a currency in his books.

He also made his thoughts clear that BTC is nothing like Libra, and that if the successful token were a stable currency, he would be working on introducing it to the Calibra wallet instead of coming up with a new cryptocurrency.

On Oct. 20, it became clear what Marcus meant, as it was reported that the Libra cryptocurrency could now be based on a pool of stablecoins that represent national currencies, saying, “That is one of the options that should be considered.”

Marcus ended October 2019 by stating that Anti-Money Laundering and Know Your Customer procedures will be much tougher on the Libra network than elsewhere. It is unclear if this was a dig at other cryptocurrencies or an attempt to silence Libra critics who claim that the project would be riddled with similar privacy issues as Facebook has faced in the past.

During the Money 20/20 event, Marcus said, “I want to say that the efficacy of sanction enforcing can be much higher on Libra than other payments networks.” He also added that regulators will be capable of tracking bad actors on the network, providing yet another hint into how Libra might operate:

“The open ledger — the blockchain — enables regulators to look at what is happening themselves and identify where the risk is without relying on reports.”

In the same vein, on Nov. 7, Marcus stated during a panel that the Calibra wallet and Facebook will not share or intermingle data, adding that:

“We have built very strong firewalls between Calibra and Facebook in such a way that if you’re on the Facebook side, no one can have access to that data.”

To bring the point home, Marcus confirmed that to make sure the two companies are kept separate, their relationship could be audited to ensure customer trust in the crypto platform. During the same interview, Marcus also confirmed what many had believed all along: He was expecting scrutiny as soon as Libra was announced.

It is fair to say that despite the fact that David Marcus is making headlines while doing Libra’s bidding he has become one of the few who speak on behalf of crypto, especially before U.S. lawmakers. Nonetheless, one of his most-liked tweets is about Tesla’s Cybertruck rather than his own cryptocurrency — which may be indicative of the enthusiasm gap for Libra that he’ll have to bridge in 2020.

David Marcus is ranked #2 in the first-ever Cointelegraph Top 100 in crypto and blockchain.