After a short stay in the red zone, Bitcoin (BTC) has recovered toward $12,000, with traders turning bullish as ever. Experts call the United States-China trade war a key reason for the main cryptocurrency’s price fluctuations. Fuel to the fire has been added by the recent announcement by the People’s Bank of China (PBoC) of plans to get ahead of the U.S. and Facebook’s Libra by issuing a national cryptocurrency.

As Cointelegraph reported, the PBoC plans to focus on developing its own legal digital currency. On Aug. 2, during a video conference devoted to discussing financial tasks for the second half of 2019, heads of financial and economic institutes in China touched upon the topic of cryptocurrencies. The country’s central bank announced its intention to accelerate the development of its own digital currency and also confirmed its plans to allocate more resources to the implementation of this task.

It is notable that the decision of the Chinese bank to intensify the creation of a national cryptocurrency was preceded by the hotly debated development of the Libra coin. Initiated by Facebook in 2019, the project is now actively being lobbied for in the U.S. government, but without any results so far.

In July, Wang Xin, director of the PBoC Research Bureau, said that, with the development of the Libra cryptocurrency project, the People’s Bank of China should accelerate the growth of its own digital currency, which it has been working on over the past few years. Wang believes that the risks Libra bears for the traditional financial system will force regulators to devote many more resources and forces to develop its digital currency. Wang asked:

“If [Libra] is widely used for payments — cross-border payments in particular — would it be able to function like money and accordingly have a large influence on monetary policy, financial stability, and the international monetary system?”

In particular, China is concerned about which currencies Libra will be tied to and what role the U.S. dollar will play in this project. Wang said:

“If the digital currency is closely associated with the US dollar, it could create a scenario under which sovereign currencies would coexist with US dollar-centric digital currencies. But there would be in essence one boss, that is the US dollar and the United States. If so, it would bring a series of economic, financial and even international political consequences.”

Former PBoC Chairman Zhou Xiaochuan also believes that the concept of a global digital currency introduced by Facebook that can be exchanged into fiat money threatens existing cross-border payment systems and could weaken the position of national currencies, which he spoke about at a conference in Beijing, as reported by the South China Morning Post.

According to Zhou, Chinese authorities need to strengthen the national currency and consider the Hong Kong model to create a digital renminbi, which involves issuing money through commercial enterprises under the supervision of the central bank. Some analysts have already expressed the belief that technology giants Alibaba and Tencent may be assigned such a task. Large corporations in the country appear to be supportive of the ideas coming from government ​​members, as Huawei CEO Ren Zhengfei commented:

“China can just issue our own version of Libra. Why should we wait for others to do it? The power of a country is always stronger than that of an Internet company.”

Stablecoin to support the local economy

A future national cryptocurrency may be issued in the form of a stablecoin tied to the yuan (also called the renminbi). Researchers at the PBoC published a review of recent initiatives in this area back in October last year. Most of the coins discussed in the material are pegged to the U.S. dollar, such as Gemini Dollar (GUSD) and Paxos Standard (PAX). The researchers are convinced that the development of cryptocurrencies tied to USD strengthens the role of the dollar in the global monetary system, while also having a negative impact on other fiat currencies. According to the researchers:

At the same time, the authors note that stablecoins still have a long way to go before the financial system begins to feel any significant influence from new assets. Star Xu, the founder of cryptocurrency exchange OKCoin, expressed a similar point of view in his post on Weibo, writing: “The dollar-pegged #stablecoin regulated by the US government will strengthen the penetration of the US dollar 100 fold.”

Bitcoin is growing due to the yuan’s rate falling

Analysts have drawn parallels between the declining rate of the yuan and Bitcoin’s growth. The price of the preeminent digital currency rose sharply the very moment when the Chinese currency fell by 7% to an 11-year low. On Aug. 5, Bitcoin’s price surged to $11,786, with the daily increase amounting to an 11% gain. 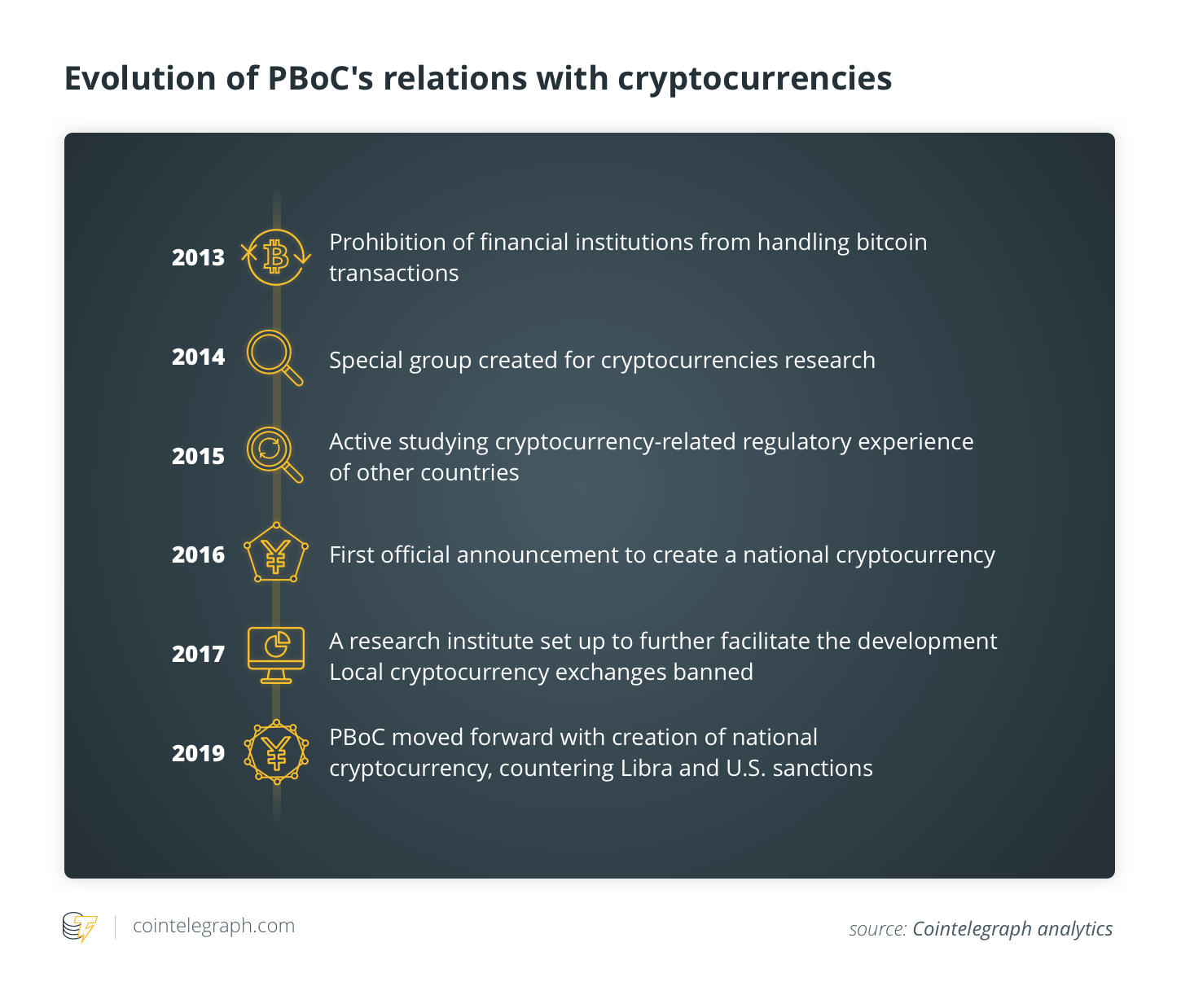 U.S. President Donald Trump alleged on Twitter that the Chinese government is manipulating the price of the renminbi:

“China dropped the price of their currency to an almost a historic low. It’s called ‘currency manipulation.’ Are you listening Federal Reserve? This is a major violation which will greatly weaken China over time!”

As financial analysts suggest, the renminbi declined due to investors’ concerns about a new round of escalation in the trade war between China and the U.S. This happened a few days after Trump introduced additional tariffs on goods imported from China. Now that U.S. products could become more expensive for Chinese consumers, a lower exchange rate might adversely affect U.S. exporters. The prices of U.S. stock futures have already declined, while the cryptocurrency market has demonstrated the opposite tendency.

Some analysts have postulated that the reason for this dynamic could be because Chinese investors use Bitcoin as a means of saving money. Simon Peters, an analyst at trading platform eToro, suggested that Chinese investors could want to diversify as the yuan fell. According to Peters:

“Given that Chinese investors make up a large proportion of crypto investors, there’s a strong possibility some are backing bitcoin’s chances against the yuan.”

However, Peter Schiff, an economist and CEO of brokerage company Euro Pacific Capital, rejected this explanation, claiming it was more about speculation rather than about real need:

An ambiguous statement made by the PBoC regarding the creation of a national cryptocurrency has sparked intense discussion around the world. Several points of view, primarily negative, have appeared on the internet in response. Some users suggested that both the U.S. and China need cryptocurrency to strengthen control over their citizens. Crypto enthusiast Richard Heart opined:

“Nations want more control over their cirizens. Nothing new…or good.”

And some even suggested that the confrontation between China and the U.S. in the cryptocurrency field could lead to a world war.

How soon Chinese residents will be able to see — and most importantly use — the local digital cryptocurrency is still unknown, as it may take years to implement such an idea. The full process may require the development of a regulatory framework, instruments of taxation and regulation, as well as creating special entities and hiring specialists who will work with cryptocurrency.

Previously, attempts to create a national cryptocurrency have already been undertaken by countries such as Iran, Turkey, Saudi Arabia, Russia, Estonia and Venezuela. The South American country allegedly raised $1 billion during the presale of the supposedly oil-backed cryptocurrency Petro, and Venezuelan banks began to display the citizens’ account balance in the new currency. This year, Venezuela intends to make Petro OPEC’s main digital currency, according to Oil Minister Manuel Quevedo.

Related: Venezuelan Petro Against US Sanctions: History and Use of the Crypto

In regard to China, such an initiative has been discussed since January of 2016, when representatives of the PBoC announced the plans outlining their desire to create the country’s own digital currency as soon as possible. At the same time, the Chinese central bank also clearly articulated the advantages of cryptocurrencies over traditional money:

“Digital currencies are much cheaper in circulation than traditional fiat money, promote trade, increase transaction transparency and reduce the risks of money laundering and tax evasion. The use of digital currency will help build a new financial infrastructure, strengthen the payment system in China, increase the efficiency of mutual settlements and accelerate the modernization of the economy.”

Notably, the PBoC has been following the development of the digital currency market for a long time, with an appropriate research group created back in 2014. And since 2015, the Chinese government has been actively studying the regulatory experience of other countries in order to prepare an appropriate regulatory framework. 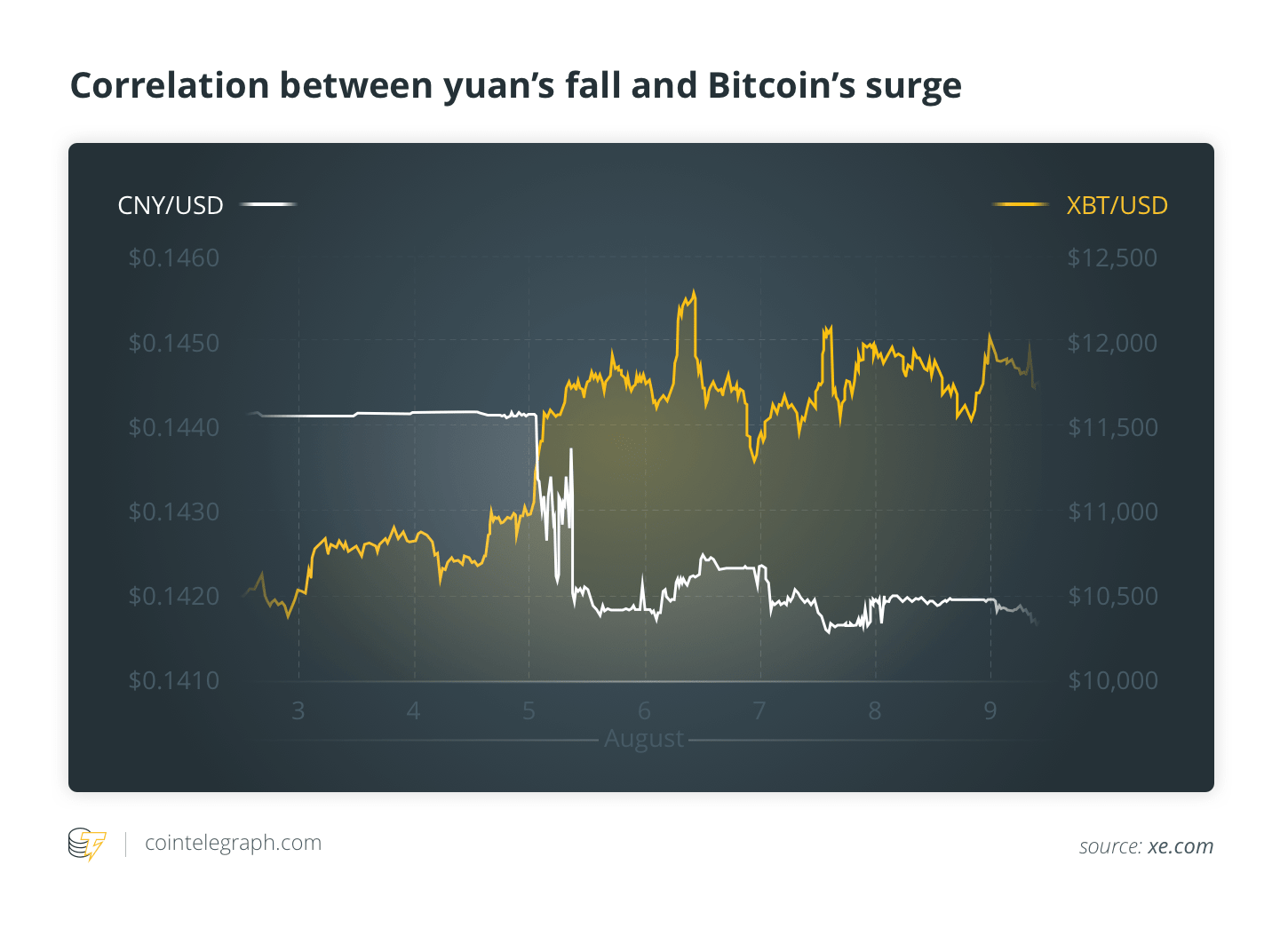 It is noteworthy that in a report published on the PBoC’s official website, the word “Bitcoin” is not mentioned even once, although China is one of the top players in the crypto industry. The principles and technologies on the basis of which it is planned to create a state digital currency are also not explained.

At the same time, blockchain technology is mentioned only once as one of the iconic phenomena in the information technology development. However, the general context of the statements suggests that the future digital currency will have much in common with Bitcoin — at least, from a technical point of view.

Wang noted that the PBoC was one of the first central banks to start exploring the possibility of creating its own digital currency, but research experience alone is not enough. Wang said, “We had an early start […] but lots of work is needed to consolidate our lead.” He also confirmed that the central bank has already received approval from Chinese authorities to create its own digital currency, though it is not yet known at which stage its development is currently at. Huang Yiping, a Beijing University professor and the chairman of the research initiative, said that China is ahead of the U.S. in promoting digital finance. He continued:

“It remains unclear if Libra will succeed […] but the concept won’t disappear. But it has sent a warning to China that its lead [in digital finance] is not a sure thing.”

However, in an interview with Cointelegraph, one of the senior PBoC representatives — who wished to remain anonymous — said that the implementation of such a fundamental project may not do without risks, continuing:

“Digital currency is a sphere very important to look at in the future. The turbulence caused by the Chinese-American trade war and the negative implications of it will last for a long time. Under these circumstances, we will have to monitor the development of digital assets since it brings both risks and opportunities. I believe that China will create its digital currency one day.”