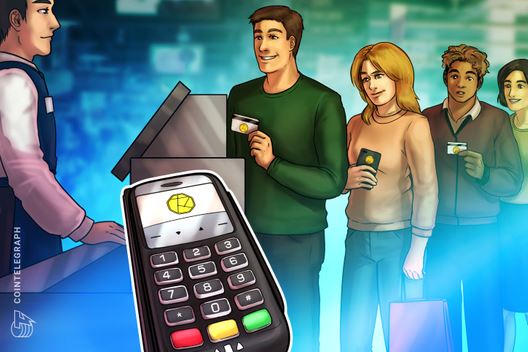 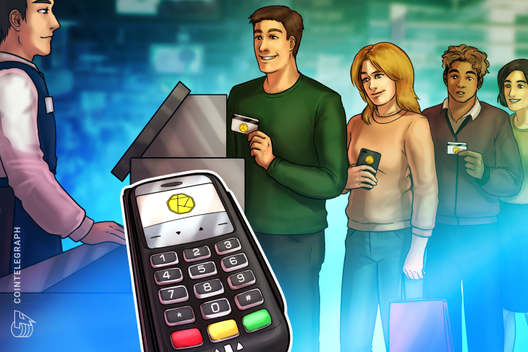 U.S. Federal Reserve wants to release a real-time payments and settlements service in order to boost the country’s infrastructure. Experts ask: Why not use crypto?

At the start of August, the United States Federal Reserve Board announced its plan to release a real-time payments and settlements service in order to boost the payments infrastructure in the country. Called FedNow, the service will reportedly “permit banks of every size in every community across the country to provide real-time payments to their customers” by 2023 or 2024.

The move seems to coincide with the U.S. Senate’s renewed interest in crypto regulation, although the Federal Reserve has been planning to renovate the payment system for some time now. Further, the new service likely isn’t going to be a substitute for digital currencies, despite playing the same ambitious card, according to a number of experts.

What is the Federal Reserve?

The Federal Reserve, or Fed, is essentially the central bank of the U.S., being in charge of the country’s monetary policy. It is governed by the presidentially nominated board of governors called the Federal Reserve Board. The board announced the FedNow project on Monday, Aug. 5, via a press release, while a preceding proposal for a new “24/7/365” payment system run by the Fed dates back to October 2018.

Interestingly, 10 years prior to that, in October 2008, the Federal Reserve attempted to register “FedNow” as a trademark. However, the application was dismissed by the U.S. Patent and Trademark Office later in 2013 on the grounds that the Fed then abandoned it, according to the database.

Moreover, in May 2015, the Fed established the Faster Payments Task Force to “identify and evaluate alternative approaches to implementing safe, ubiquitous, faster payments capabilities in the United States.” The program announced Ryan Zagone from Ripple as one of the participants, and the task force eventually highlighted the company’s progress with cross-border payments. “It has been a long time preparation and Libra has little, if not nothing to do with this decision,” Sky Guo, the CEO and co-founder of smart contracts platform Cypherium, summed up to Cointelegraph.

Thus, by launching FedNow, the U.S. central banking authority aims to modernize the country’s payment system with a real-time service that can transfer funds around the clock, both on weekends and weekdays. The government’s current system is closed on weekends, and it can take up to several business days to settle a transaction.

The new service will reportedly be available to both enterprise and retail customers. FedNow is expected to arrive within five years and will initially support transfers of up to $25,000. The Fed believes that such a system will allow consumers to more flexibly manage their money and make time-sensitive payments. Commenting on the issue in the press release, Federal Reserve Board Governor Lael Brainard wrote:

“Everyone deserves the same ability to make and receive payments immediately and securely, and every bank deserves the same opportunity to offer that service to its community. FedNow will permit banks of every size in every community across the country to provide real-time payments to their customers.”

The Fed voted 4-1 to continue the creation of the network. Randal Quarles, the vice chairman for supervision, was the one who opposed. “I do not see a strong justification for the Federal Reserve to move into this area and crowd out innovation when viable private-sector alternatives are available,” he explained.

It is worth mentioning that the Fed has already implemented a real-time gross settlement funds transfer system called Fedwire. However, it only works five days a week, is limited to accredited institutions, is more expensive and is not available on mobile phones, which all make it less convenient in comparison to alternatives like PayPal and Venmo. There is also RippleNet, a blockchain-powered settlement platform that also works exclusively with banks but that offers cross-border payments just as cryptocurrencies do — which is a game-changer in the globalized world, according to Juan Villaverde, a senior crypto analyst at Weiss Ratings. He told Cointelegraph:

“Changing the remittance system within US borders is not as revolutionary as it might sound. It’s in the realm of instant borderless payments that a national currency will have difficulty competing. And it’s in this realm where pure crypto assets could shine, where no individual currency or privately-owned system is able to compete effectively.”

However, Villaverde noted that the new payment system could undermine what Ripple is trying to achieve:

“The reality is the traditional financial system is based on trust and reputation. But for most institutional participants, Ripple — as any other newcomer — lacks in both. If the Federal Reserve upgrades its systems to mimic some of the utility of RippleNet, this would severely undermine Ripple’s future chance of success. Our view with Ripple has long been that they need to pivot away from catering strictly to financial institutions and focus more on providing financial products and services directly to the public.”

Guo of Cypherium disagrees with that assumption, telling Cointelegraph that the two systems are targeting different customers and are therefore not in direct competition:

“Ripple is for cross-border payments while FedNow is for US domestic. The Fed already has a settlement system Fedwire, working in conjunction with The Clearing House. The competition landscape is unlikely to change.”

Notably, the Fed’s announcement starts with an emphasis on “the rapid evolution of technology,” which enables the Federal Reserve and the payment industry “to modernize the nation’s payment system and establish a safe and efficient foundation for the future.” However, neither the press release nor the enclosed FAQs make a single mention of Bitcoin, cryptocurrencies, Libra, blockchain or even digital currencies at large.

Indeed, it seems that FedNow wants to topple large banking institutions rather than cryptocurrencies. In fact, banking giants Citigroup, Bancorp and JPMorgan Chase have already started fighting the government’s new effort, as it seems to overlap with their own real-time payments system, the Clearing House, which the banks launched in 2017, following a cumulative $1 billion investment injection from those participating.

As the Wall Street Journal reports, the banking juggernauts are worried that FedNow could delay widespread adoption of instant payments because thousands of financial institutions might wait for the central bank to launch its new technology instead of connecting to the existing private option now. Steve Ledford, senior vice president for product and strategy at the Clearing House, told the publication:

“We have a real-time payments network. It’s operating. If the Federal Reserve decides to launch its own network, it’s just delaying the access to faster payments to everybody.”

Meanwhile, smaller banks, as well as large corporations like Google and Walmart, have applauded the Fed’s plan because it would eliminate the lag time between consumers using debit cards to pay for items and stores receiving the funds — thus making them less dependent on large private companies.

Overall, experts seem to agree that FedNow’s primary purpose is to compete with banks rather than cryptocurrencies. Cal Evans, the founder of compliance specialist Gresham International, told Cointelegraph that, although crypto “is a much better alternative to this proposed system,” in his opinion, the Fed just doesn’t recognize it as a viable payment solution at the moment. He elaborated:

“They have spent years downplaying it, to implement a crypto based system would undermine all they have said over the last few years. This is simply their attempt to play catch up. Although, I have little to no doubt that they are well aware of the shadow Crypto and its technology casts within the space.”

Continuing to compare FedNow with crypto, Evans suggested that the Fed-based system will have a much more prominent clearing requirement mechanism built in it. “It will also not be as expansive as to encompass cross-border transactions, meaning the whole system risks becoming like two railways that use different gauges tracks meeting each other,” he added.

Another important point is the appointed deadline. According to the Federal Reserve Board’s announcement, the new service “will be available in 2023 or 2024,” which could be a lot of time not only for crypto but for the private sector as well. “I think the deadline is reasonable, however in four to five years time I anticipate there will already be new technologies in play within this space,” Evans told Cointelegraph, elaborating:

“The United States is notoriously slow at adopting new payment technologies. A great example of this is ‘pin’ based card transactions which still only became widely used within the last year or two in the United States.

Guo, in turn, believes that three or four years is “still too short for cryptos to replace the traditional banking systems,” while the Fed outshines everyone in terms of leverage. “No other alternatives, crypto or non-crypto, has the same influence and customer base as the Fed does.” Other experts are more skeptical, Guy Hirsch, the managing director at eToro US, told Cointelegraph:

“It’s an encouraging development that the Fed wants to improve infrastructure, but 2023 is a long way off and we have yet to see the technology that will be implemented. The payments ecosystem in the US is far behind the rest of the world given the technology being developed here.”

Paul Puey, CEO and co-founder of the Edge blockchain wallet, believes that the move has come too late. He told Cointelegraph:

“2023 is about a decade late for the government to offer a real-time payment system, not because Bitcoin was introduced 10 years ago, but rather because many other countries — including even Mexico — have had a real time bank to bank consumer and business friendly payment system in operation for years.”

Meanwhile, the plan to implement a new real-time payment service isn’t concrete at this point. The Federal Reserve Board is expected to publish its proposal in the Federal Register in the following days. After that, the public will get the chance to weigh in, as the Fed will be requesting comments within the following 90 days.