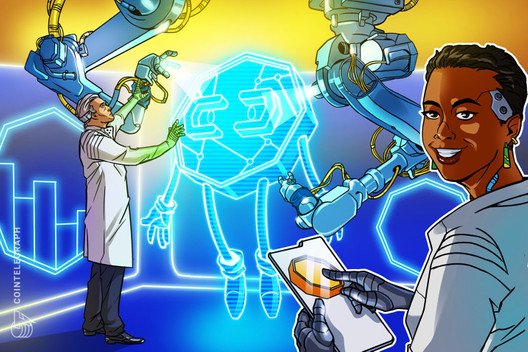 Professional service giants like the Big Four are innovating in the blockchain and crypto space. Is it enough to make an impact? Blockchain technology, along with the adoption of cryptocurrencies, is gaining momentum. The enterprise blockchain market is expected to reach $21 billion over the next five years. Just eleven years on, and both sectors […]

Exchanges use leverage like banks with cryptocurrencies, the agency argues, appearing to support self-ownership of private keys. There is actually more than 21 million Bitcoin (BTC) in the world, ratings agency Weiss has claimed as it eyes major exchanges. In a tweet on May 25, Weiss, which is well known for its controversial cryptocurrency posts, […]

Chinese mining giant Canaan has to deal with some extra difficulties over its IPO amid bearish markets. While the current climate seems uneasy for all cryptocurrency businesses, some of them have to deal with extra difficulties. Earlier this month, investors filed a class-action lawsuit against Canaan, a Nasdaq-listed cryptocurrency mining hardware producer. The case is […]

Coinbase is the first crypto company to become a principal partner of the payments giant. Will crypto debit cards soon become commonplace? On Feb. 19, Coinbase announced that it has become a principal member of Visa. In an apparent first for the cryptocurrency industry, the firm is now able to issue debit cards without having […]

Bitcoin’s rally above $10,000 is likely to boost sentiment further, which could benefit the altcoins. Bitcoin has extended its strong run this year by a move above the psychologically critical level of $10,000. The positive sentiment in Bitcoin is leading the crypto space higher. In 2020, most major altcoins have been outperforming Bitcoin, which shows […]

The SEC says Telegram’s tokens are worth less than donuts, and there are now fewer than 100 days to go until the Bitcoin halving. Coming every Sunday, Hodler’s Digest will help you track every single important news story that happened this week. The best (and worst) quotes, adoption and regulation highlights, leading coins, predictions and […]

The top crypto performers of this week have resumed their up move and are now likely to rally to their next overhead resistance levels. Several major altcoins have outperformed Bitcoin in January 2020. However, with the reward halving just over three months away, Bitcoin might play catch up. During the previous two halvings, Bitcoin rallied […]

A retrospective by Weiss Ratings suggests Bitcoin price by the time of the May 2020 halving will be more like $12,000 than $12 during its 2012 event. Bitcoin (BTC) is just over three months away from having its supply cut in half — and major market commentators are unashamedly bullish on its impact. In a […]