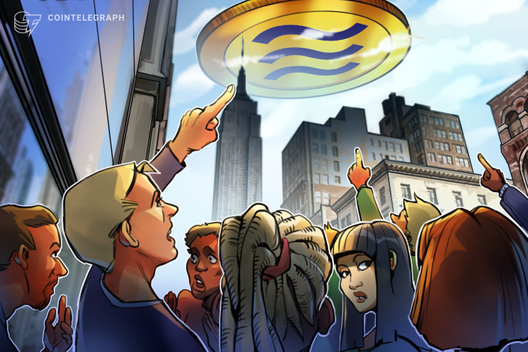 Summary of the first reactions on Facebook’s Libra.

Facebook has released its much anticipated white paper for the cryptocurrency Libra. The initial reviews of the highly secretive mega-project are mixed, to say the least.

Before taking a look at responses across the cryptosphere, let’s have a quick recap of the Facebook proposal.

Libra is designed to be a global currency that aims to simplify cross-border micropayments and remittances enabled by its own blockchain, the Libra Blockchain. As excerpt from the white paper reads:

“Just as people can use their phones to message friends anywhere in the world today, with Libra, the same can be done with money — instantly, securely and at low cost.”

In actuality, there will be released two coins: Libra and the Libra Investment Token.

Libra is designed to be a stablecoin backed by a reserve of low-risk assets, where the price will be determined by the value of the fund as a ratio relative to the circulating supply.

Money raised from the sale of the Libra Investment Token will be invested in yet more low-risk assets, and the revenue generated will go toward supporting the Libra Association.

The Libra Association will be made up of tech companies, payment gateways and VCs, which will secure the network and pay a hefty fee (that converts into the Libra Investment Token) for the right to do so.

The assets will be held in the Calibra Wallet, which will work either as an independent app or as part of Facebook Messenger or WhatsApp.

The Libra Association released a brief document, which outlines the direction and philosophy of the governance model through a series of quotes from participating constitutes of the body. It included a comment from David Marcus, the former president of PayPal who now runs Calibra for Facebook:

“Libra holds the potential to provide billions of people around the world with access to a more inclusive, more open financial ecosystem. We know the journey is just beginning, but together we can achieve Libra’s mission to create a simple global currency and financial infrastructure that will empower billions of people.”

Related: Project Libra: What We Know About Facebook’s Forthcoming Cryptocurrency

How has it been received?

The crypto community as a whole is wary by nature, and the response across Twitter has been characteristically cautious.

To start on a positive note, Justin Sun, the founder of Tron who recently paid $4.75 million to have lunch with Warren Buffet, thought it was a great thing for the space:

“Facebook and #LIBRA. I feel a huge #FOMO and bull run for crypto is on its way.”

Other well-known voices in the space, such as Bitcoin oracle Andreas Antonopolous, were more balanced in their initial reviews:

“While Facebook’s Libra doesn’t compete against any open, public, permissionless, borderless, neutral, censorship-resistant blockchains, it *will* compete against both retail banks and central banks. This is going to be fun to watch.”

While others, such as Larry Cermak, were less impressed with some of the ambiguity and lack of specifics concerning the project:

“Just so we are clear, Libra is:

Binance CEO Changpeng Zhao (aka CZ) was characteristically diplomatic, albeit tongue-in-cheek, in his appraisal:

“Facebook Libra coin don’t need KYC. They have so much more data on the 2 billion people. Not just name, id, address, phone number. They know your family, friends, real-time/historic location, what you like… They know you more than yourself. And now your wallet too. Best AML!”

Others went into more depth with their thoughts, as Ryan Taylor compared the project to Walmart’s Merchant Customer Exchange (MCX) in a multi-tweet post:

“Obviously early days, but my initial impression of Libra is that it’s another MCX. Never heard of it? Exactly. Led by Walmart, it was a smartphone-based payment system launched with great fanfare back in 2012 with an impressive list of retailers. The problem?”

Another extended thought thread came from Twitter user “FCC,” who commented on the stability function of the currency, among other elements of the proposal:

“You may call me too optimistic or delusional, but I am convinced that if the crypto community continues to build and make clear its commitment to financial freedoms, it is and will be stronger than any list of partners any network subverting its values may present.”

“It is out of question that Libra become a sovereign currency. It can’t and it must not happen.”

Reactions from government officials in the United States include Rep. Maxine Waters, who called for a halt in the development of the project. She said in a statement:

“Facebook has data on billions of people and has repeatedly shown a disregard for the protection and careful use of this data. With the announcement that it plans to create a cryptocurrency, Facebook is continuing its unchecked expansion and extending its reach into the lives of its users.”

Waters went a step further and has called for government hearings to block the proposal.

The top Democrat on the Senate Banking Committee, Sen. Sherrod Brown, stressed on Twitter the need for strict regulatory oversight:

“Facebook is already too big and too powerful, and it has used that power to exploit users’ data without protecting their privacy. We cannot allow Facebook to run a risky new cryptocurrency out of a Swiss bank account without oversight.”

Chairman of the Russian State Duma Committee on Financial Market Anatoly Aksakov has said that Libra will not be legalized in Russia. Aksakov has suggested this decision was made because Libra may pose a threat to the financial system of the country.

A more positive perspective came from Sheila Warren, head of blockchain and distributed ledger technology at the World Economic Forum, who told Cointelegraph that Facebook’s international brand recognition and its 2.3 billion global users will push the technology firmly into our everyday lives:

“Blockchain is a team sport and Facebook’s creation of the Libra association demonstrates this principle. Libra’s success will depend in large part on how well the association functions to cement construction of the network and adheres to its core principles.”

Although not directly in relation to the Libra announcement, late last year at a hearing on the crypto ecosystem, Sen. Mike Crapo gave a roadmap for how to best approach legislating cryptocurrencies:

“In order to move forward in a productive way and give these innovations the room to flourish and develop in a safe and sound way, we need to sort through the static and better understand what exactly are the opportunities and challenges facing this ecosystem.”

What does this all mean in practice?

While it is far too early for anyone to truly have an informed handle on what many expect to be the next cryptocurrency titan, it cannot be argued that this is anything other than a significant milestone for advocates of digital currencies.

A few details that some are missing include that WeChat and Alipay have already transacted trillions of dollars in transaction volume through their messaging apps in what is being dubbed the “cross-border payment war,” as well as that Tencent (the company that created WeChat) was the party that Mark Zuckerberg outbid to buy WhatsApp for $14 billion in 2014.

Although neither WeChat nor Alipay use a blockchain or have minted their own cryptocurrencies, it could illuminate why Zuckerberg was so determined to secure the encrypted messaging software way back when.

Many might argue whether Libra is truly decentralized or even a crypto at all, but the ramifications of how this will play out as a native token of the world’s largest digital ecosystem has many hypothesizing what this means for the incentive mechanisms of Facebook and other social media platforms.

It is a possibility that this might lead to Facebook better protecting the data of their users, rather than commercializing the behavior metrics further, as Facebook will be incentivized to ensure that its users continue to buy and sell Libra, and protecting the metadata of its users will be critical to winning trust.

Another possible implication is that Facebook will be able to discern real accounts from fake (or troll) accounts that currently populate Facebook news feeds and help propagate fake news.

Facebook could be able to identify botnets based on trade history and then place that activity at a lower priority to genuine users — weighted analysis of the “wisdom of the crowd,” if you will.

In summary, the opinions are many and varied, as you would expect for a proposal of this magnitude. Some cryptocurrency proponents think it will help adoption, if nothing more. Others believe that it is the antithesis of the original Bitcoin manifest and are concerned about the concentration of power this will afford Facebook while being allowed to exist in murky regulatory conditions. In any event, Libra is here and has more than adequately announced itself to the world. What this means in practice is anyone’s guess, at this point.