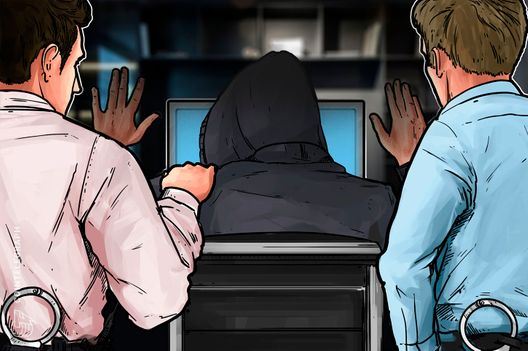 Authorities in the U.S. state of California have arrested a 21-year old New Yorker for the alleged theft of $1 million in crypto using “SIM-swapping.”

Authorities in the U.S. state of California have arrested a 21-year old New Yorker for the alleged theft of $1 million in crypto using “SIM-swapping,” U.S. broadsheet the New York Post reported Nov. 20.

SIM-swapping — also known as a “port-out scam” — involves the theft of a cell phone number in order to hijack online financial and social media accounts, enabled by the fact that many firms  use automated messages or phone calls to handle customer authentication.

The arrested suspect, Nicholas Truglia, is accused of having targeted wealthy Silicon Valley executives in the Bay Area, and of successfully persuading telecoms support staff to port six victims numbers to his an alleged “crew” of accomplice attackers. Deputy DA Erin West, of Santa Clara Superior Court, told the Post the ruse was “a new way of doing an old crime.”

Truglia had previously made headlines in September, when he alerted police claiming to have been the victim of violent attempts by four of his friends to rob him of hardware that would enable them to swipe $1.2 million worth of his crypto holdings.

One of Truglia’s alleged SIM-swapping victims, San Francisco-based Robert Ross, was allegedly robbed of $500,000 worth of crypto holdings on his Coinbase wallet “in seconds” on Oct. 26, and at the same time a further $500,000 was taken from his Gemini account. West said the $1,000,000 was Ross’ “life savings” and his two daughters’ college fund.

While Ross was allegedly the only victim of the six targets from which Truglia managed to siphon crypto, he is accused of successfully taking control of the phones belonging to Saswata Basu, CEO of the blockchain storage firm 0Chain; Myles Danielsen, vice president of Hall Capital Partners, and Gabrielle Katsnelson, co-founder of startup SMBX.

The California authorities reportedly flew to New York City Nov. 14 to arrest the suspect at his apartment, recovering a hardware wallet and $300,000 of stolen funds. West told the post, “the takeaway here to the hackers is, ‘We don’t care where you’re located, we are a task force based in Silicon Valley, and our reach is nationwide.”

As recently reported, the rising prevalence of SIM swap-related incidents has prompted a California-based law enforcement group to make it their “highest priority.” In more than one high-profile instance, victims have acted to sue telecoms firms such as AT&T and T-Mobile for their facilitation of the crime.