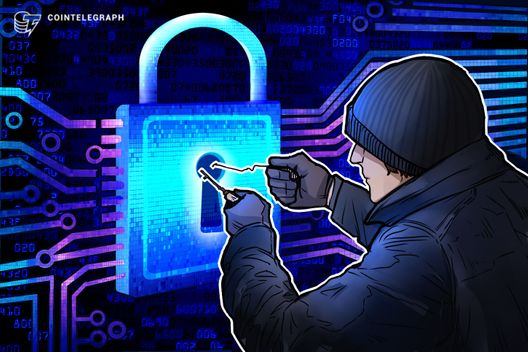 The company has reported that they immediately removed StatCounter’s traffic stats service after receiving a security notice by ESET about suspicious behavior. Gate.io claimed they subsequently scanned the website with 56 antivirus products, and “no one reported any suspicious behavior at that time.” However, the firm still changed its traffic tracker, also reporting that “users’ funds are safe.”

On Nov. 6, Slovakia-based cybersecurity firm ESET published a security report claiming that hackers had successfully breached major web analytics tool StatCounter, targeting Bitcoin (BTC) exchanges that use the traffic analytic service. According to ESET researcher Matthieu Faou, the attackers compromised the StatCounter platform — which is reportedly used by more than two million other websites — by modifying the JavaScript (JS) code on each page of the website.

The hackers managed to add a piece of malicious code containing “myaccount/withdraw/BTC,” which intends to replace the destination address of a Bitcoin transfers by crypto exchange users with an address belonging to the attackers.

According to Faou, who is reportedly the first to detect the “supply-chain attack,” this Uniform Resource Identifier (URI) “myaccount/withdraw/BTC” has been solely valid on crypto exchange Gate.io, allegedly “the main target of this attack.”

Now-ranked the 38th top crypto trading platform by daily trade volume as of press time, the exchange is quite popular in China with a rank of 9,382 in terms of in-country traffic, while its global rank amounts to 33,365, according to SimilarWeb traffic data and analytics tool.

In the conclusion to his report, the ESET researcher stated that the recent security breach again demonstrates the fact that external “JavaScript code is under the control of a third party and can be modified at any time without notice.”

As reported by Cointelegraph earlier this year, JS has been one of the major tools of hackers implemented in cryptojacking. According to the analysis, JS-based browser add-ons and extensions are “extremely vulnerable to hacking attacks” and often used for hidden mining by deploying users computing resources. For example, in mid-October, researchers found a crypto-mining malware that hides itself behind a fake Adobe Flash update.