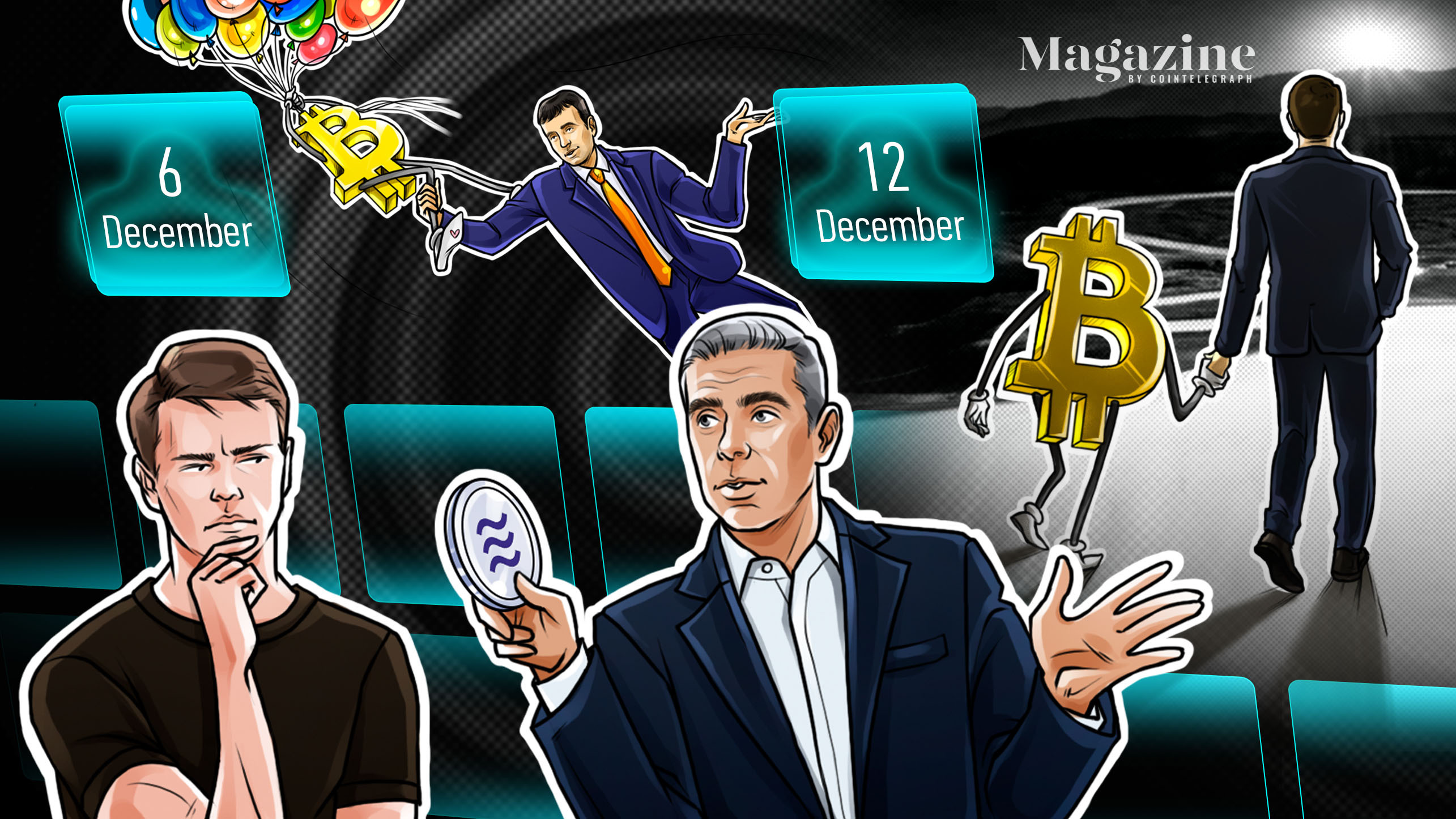 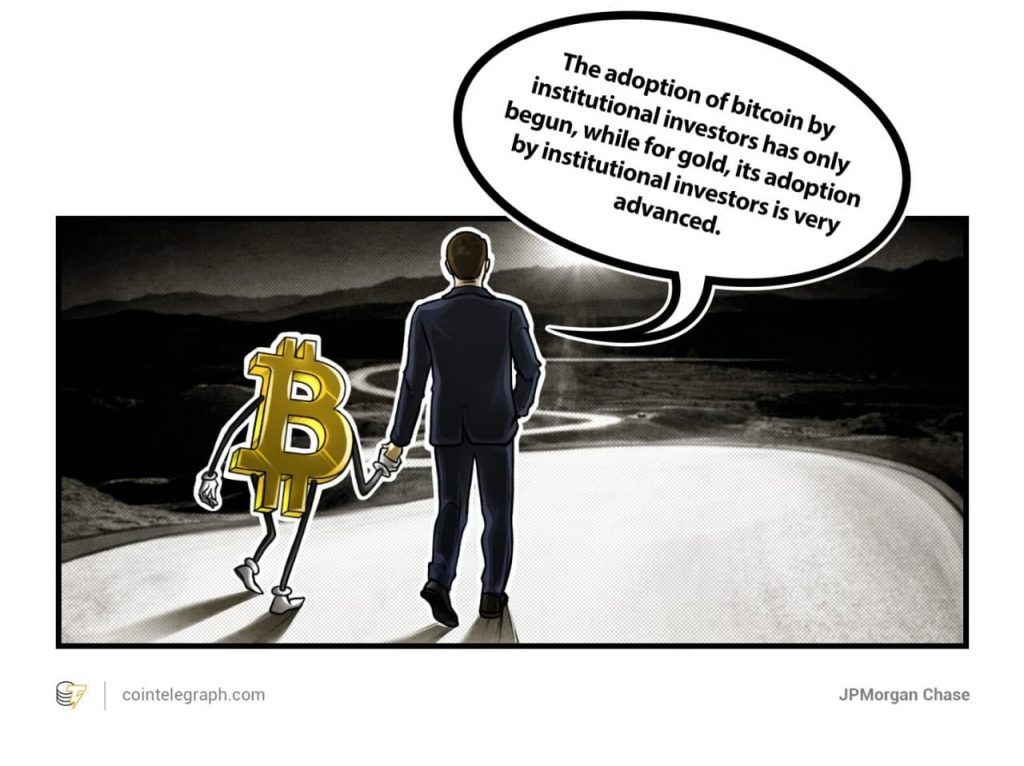 What a difference 10 days makes. At the start of the month, the markets were euphoric as Bitcoin touched a new all-time high. But at some points this week, BTC has been down 10% from these levels, reaching depths of $17,600 the lowest level since November.

The prospect of new crypto regulation in the U.S. may have spooked traders, and indeed, its worth noting that equities have also cooled off this week, too.

Cointelegraph analyst Michal van de Poppe said hopes of $20,000 in 2020 appear to have been dashed, writing: Overall, the downtrend will post lower highs and lower lows always until a clear bottom is found.

To become bullish in the short term, BTC has to reclaim the $18,600$18,800 area for support, invalidating the bearish divergence and any bearish outlook for now.

Not everyone is pessimistic. Some price analysts expect that BTCs downside will be limited, and a gradual uptrend will follow as we head into late December. Denis Vinokourov, head of research at Bequant, predicted that the uncertainty over Brexit and the U.S. stimulus package could positively affect BTC in the short term.

And Guy Hirsch, managing director of eToro in the U.S., added: We may see a bit more of a drop heading into the end of the year, but many investors see these dips as buying opportunities and are likely keeping Bitcoin from correcting as dramatically as the last time it rose above $19,000 back in December 2017.

Institutions are continuing to snap up Bitcoin like theres no tomorrow. This week, MicroStrategy announced that it had sold convertible senior notes worth $650 million so it could buy even more BTC. Thats 60% more than the $400 million initially reported.

Even before this purchase commences, the company is sitting on 40,824 BTC worth $751 million at current rates. Thats a gain of about $275 million from the acquisition price.

Other institutions are also joining the party. The insurance firm MassMutual has purchased $100 million in Bitcoin for its general investment account a drop in the bucket considering it has a war chest of $235 billion.

Meanwhile, the number of major banks announcing plans to offer crypto custody services is increasing thick and fast. Standard Chartered, one of the biggest banks in the United Kingdom, said it will be launching a platform for institutional investors in 2021.

But MicroStrategys Bitcoin binge has attracted criticism. Citi analysts have downgraded the stock from neutral to sell amid concerns that the company is now overexposed and that investors are at considerable risk because of its disproportionate focus on Bitcoin.

Messari released a (rather sweary) report this week looking at crypto trends for 2021, but the colorful language ended up getting one of its sponsors into trouble.

The companys founder and CEO, Ryan Selkis, described XRP as toxic waste and went on to brand Bitcoin Cash and Bitcoin SV as piles of s—. He wasnt that nice about Stellar and Litecoin, either.

Overall, the report used the word f— five times and s— nine times something Bitstamp wasnt aware of when it shared the report with its followers.

After receiving a backlash from some of its users, the exchange tweeted: We did not complete a thorough enough review of the 130+ page report before it was published. This is on us, we should have done better.

Selkis said he regretted that Bitstamp was put in that position but stood by his decision to use a no-BS tone, adding: Humor is the only thing that keeps people reading 134 page reports in a 280-character world.

Facebook was hoping that the rebrand from Libra to Diem would herald a new dawn for its controversial stablecoin project and finally convince regulators theres nothing to worry about. But the headaches just keep coming for the tech giant.

Its now emerged that theres another fintech company called Diem, and executives say they were flabbergasted by the rebrand because it could cause customer confusion and significantly impact our growth.

Diem co-founder Chris Adelsbach said legal action is being considered, adding: It wouldnt have taken that much effort for Facebook to find out if theres another Diem in financial services [] They obviously took the view that we can just crush them, were Facebook.

German politicians werent all that impressed with the new name either, with finance minister Olaf Scholz warning: A wolf in sheeps clothing is still a wolf. It is clear to me that Germany and Europe cannot and will not accept its entry into the market while the regulatory risks are not adequately addressed.

Despite all this, Facebook Financial head David Marcus remains hopeful that the Diem stablecoin and Novi wallet can launch next year, urging regulators to give the project the benefit of the doubt.

Awkwardly, the U.S. Federal Trade Commission filed a lawsuit against Facebook days later, alleging that the corporation has been engaging in anti-competitive practices.

Jeremy Allaire has warned that the Treasurys proposed ban on self-hosted wallets wouldnt address the risks facing the industry, would harm American competitiveness, and would give economic and industry advantage to Chinese firms.

The co-founder of Circle, the peer-to-peer payments firm, has joined several members of Congress in opposing the rumored restrictions.

Four members of the Congressional Blockchain Caucus Warren Davidson, Tom Emmer, Ted Budd and Scott Perry urged Treasury Secretary Steven Mnuchin to have a rethink amid fears that the U.S. will be unable to participate in the technological innovation currently underway throughout the global financial system.

The letter also warned: Such a regulation could actually undermine the Treasury Department from stopping illicit actors from exploiting the financial system, both within the traditional banking system and the digital asset ecosystem.

Obviously, miners are selling $BTC a lot today. Im still long, but this is not a good signal in the short-run.

Yesterday we posted a syndicated report by Messari, parts of which contained language and content that does not reflect Bitstamps views or values. We would like to apologize for that.

Humor is the only thing that keeps people reading 134 page reports in a 280-character world.

Theres going to be more digital assets of many different kinds coming over the next few decades. I expect that there will be a lot of opportunities to fairly exchange between different kinds of assets and move from one ecosystem to another.

Were right on the cusp, of what I like to think of, as the broadband moment of digital currency.

I think there are a few issues that are still holding back the majority of institutional investors from allocating capital freely toward Bitcoin.

We believe that cryptocurrency will eventually be powered completely by clean power, eliminating its carbon footprint and driving adoption of renewables globally.

It wouldnt have taken that much effort for Facebook to find out if theres another Diem in financial services.

A wolf in sheeps clothing is still a wolf.

Bitcoin will eat golds market share, according to JPMorgan

Growing mainstream acceptance of BTC as a reserve asset is having a direct impact on gold, according to analysts at JPMorgan Chase.

Also this week, the investment banks head of wholesale payments, Takis Georgakopoulos, confirmed that JPMorgan has softened its stance toward Bitcoin in recent years.

New restrictions in France are being rolled out to ban anonymous crypto accounts in the hope that digital assets wont be used for money laundering and terrorism financing.

In September 2020, 29 people were arrested on suspicion of using crypto to send funds to al Qaeda and Islamic State fighters in Syria.

The founder of a now-defunct cryptocurrency has been arrested and charged in connection with a multimillion-dollar tax evasion scheme.

Amir Bruno Elmaani also known as Bruno Block allegedly claimed he had only earned $15,000 in his 2017 tax return and that he earned nothing in 2018. Despite that, hes accused of buying a $10-million yacht, two homes and spending $700,000 in home improvement stores.

The 28-year-old is believed to have kept gold bars in a safe on his yacht and to have used large sums of cash to pay for personal expenses.

If convicted, Elmaani faces five years in prison for each count of tax evasion.

Executives of what was once South Koreas third-largest cryptocurrency exchange have been charged over market manipulation allegations.

Prosecutors are preparing a case against Coinbit chairman Choi Mo and two unnamed executives on charges of fraud and forgery.

The police searched and confiscated a number of properties associated with Coinbit in a series of August raids. At that time, authorities estimated that 99% of the exchanges volume had been faked by wash trading BTC and other cryptocurrencies and that those responsible for the exchanges fraudulent activities had netted $84 million.

From moms house to warehouse: Bitcoin mining is going industrial

As the cryptocurrency industry continues to grow, so does mining. But theres a new trend developing now that has only recently emerged.

Did you fall for it? 13 ICO scams that fooled thousands

ICOs are revolutionary for business, though the fear of being scammed keeps investors at a distance.

Eth2s rollout could result in enterprises flocking to a more secure and scalable Ethereum network.