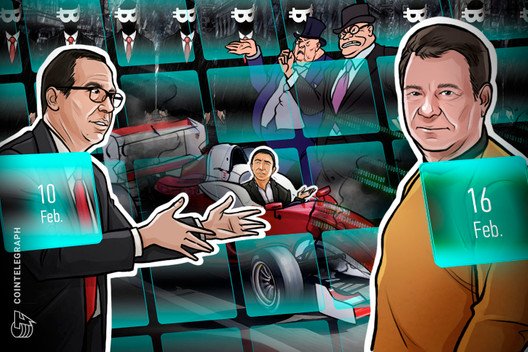 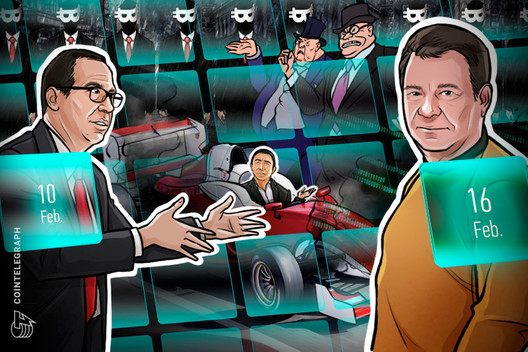 Bitcoin rejected at $10,500 twice in one week, and pro-crypto candidate Andrew Yang pulls out of the race to be the next U.S. President.

Bitcoin’s struggle to maintain $10,000 has been an ongoing theme this week. The world’s biggest cryptocurrency was surging toward $10,500 on Thursday, but faced rejection at this level and dropped suddenly by over $300. It was the second time in a week that BTC had failed to crack this resistance level. Perhaps the biggest drama came late on Saturday night. In the space of about two-and-a-half hours, BTC plunged 3.8% to hit $9,840. As traders tried to understand what caused the shock correction, some suggested Bitcoin whales were at play — and it appears one of them managed to net a profit of $10 million as prices tumbled. Many analysts believed BTC was due to have a correction following its recent (and impressive) multi-week rally. Only two months ago, BTC/USD stood at $6,560.

Steven Mnuchin has told the U.S. Senate that the Financial Crimes Enforcement Network will soon roll out “significant new requirements” that will target cryptocurrencies. Although the Treasury Secretary said he’s keen to see the technology move forward, he warned that action must be taken “to make sure cryptocurrencies aren’t used for the equivalent of old Swiss secret number bank accounts.” In other developments on Capitol Hill this week, Donald Trump’s nominee to the Federal Reserve Board, Judy Shelton, said the U.S. should be proactive in developing a digital dollar, adding that it could help ensure the greenback remains dominant on the global stage.

Forward-thinking crypto enthusiasts can be difficult to find on America’s political scene, and this week, it got a little harder. Andrew Yang announced that he is suspending his campaign to become the Democratic Party’s presidential nominee. The entrepreneur, who had little political experience, was a proponent of blockchain voting and crypto regulation — and at one point, it was possible to donate to his campaign with Bitcoin. Alas, his radical policies failed to translate to a strong performance during voting in Iowa and New Hampshire. “It is clear from the numbers that we are not going to win this race,” he told supporters on Tuesday. 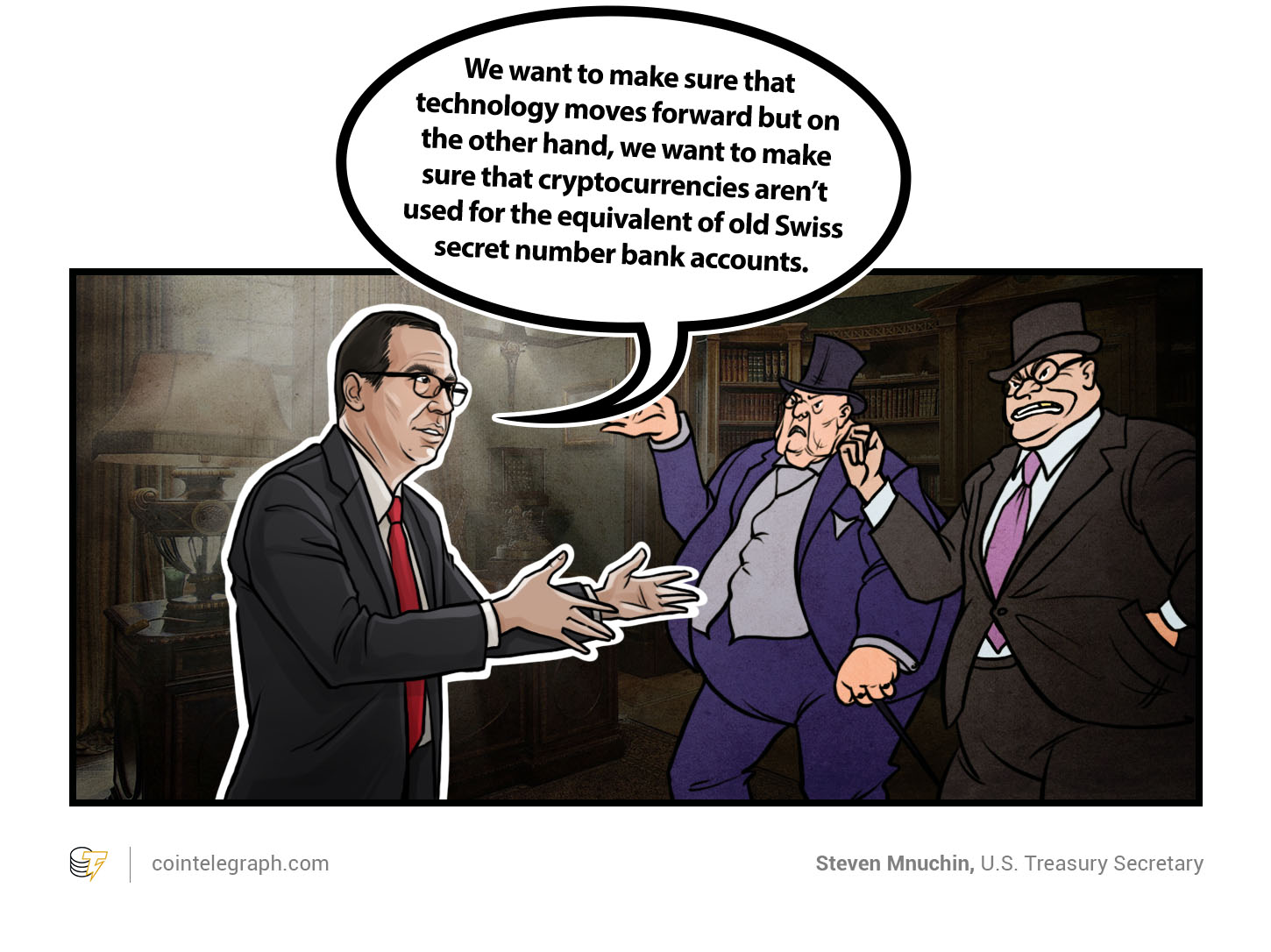 It’s a company that helps the FBI and the Internal Revenue Service track illicit crypto-related activity. But Chainalysis believes that complete transparency isn’t necessarily ideal for crypto, either. Speaking to Cointelegraph, the company’s co-founder, Jonathan Levin, said a balance needs to be struck between total anonymity and complete transparency — allowing regulators and businesses to have appropriate levels of legal authority without sacrificing the public’s right to privacy. He also revealed that Chainalysis is currently unable to fully trace activity on privacy-focused cryptocurrencies such as Monero and Dash.

Two letter bombs have exploded in the Netherlands, with an anonymous criminal demanding a payment in Bitcoin to prevent future attacks. Dutch police say no one was injured in the bombings, but each package was accompanied with a demand for crypto. The first letter bomb went off moments after a mailroom worker tossed away the package because they heard a hissing sound. Police are now investigating both incidents but have not disclosed how much BTC the attacker wanted. This has happened in the Netherlands before. Back in 2015, an attacker began putting explosives in supermarkets and warned they wouldn’t stop unless they were paid off in crypto. 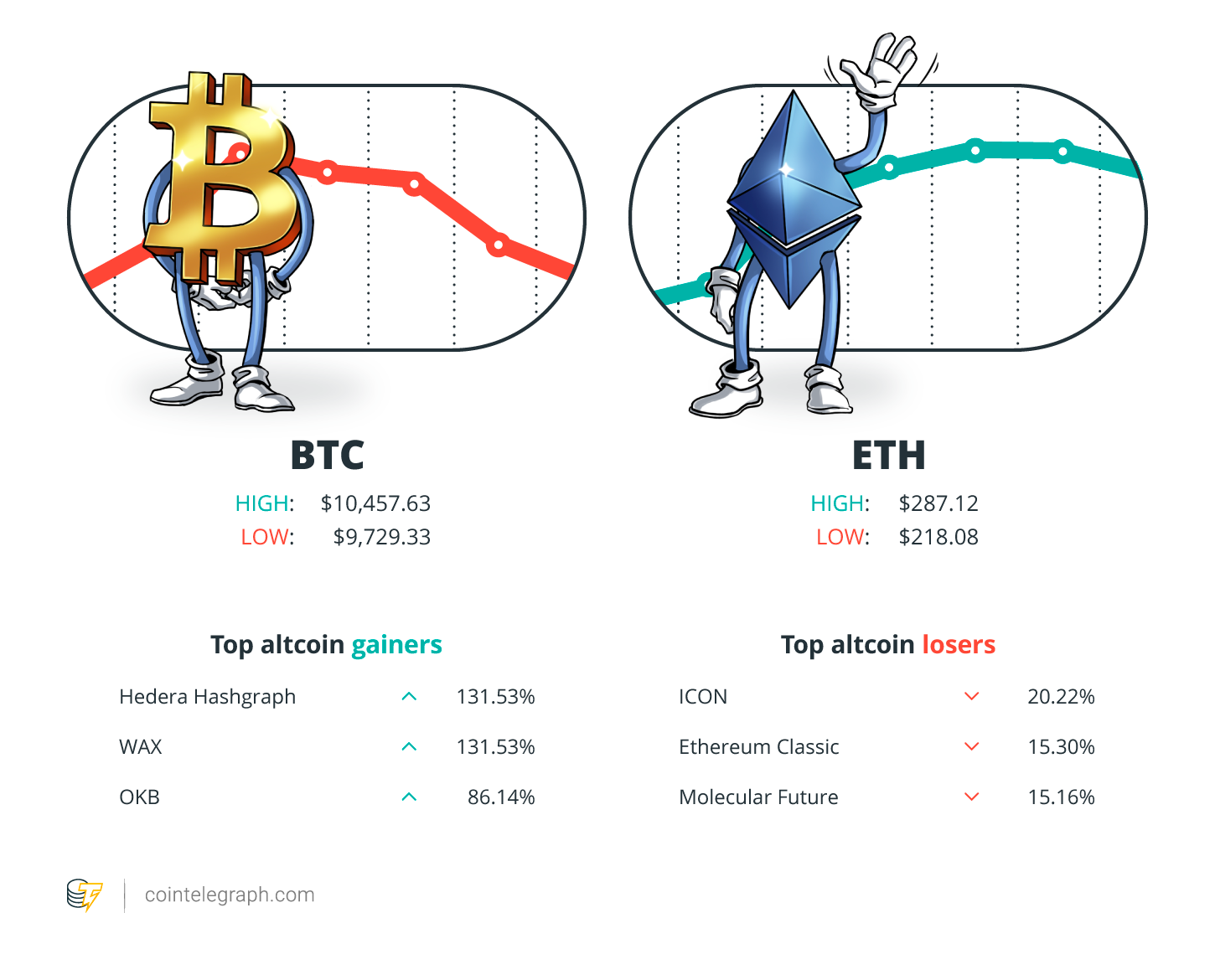 “What is the thing facilitating all this activity that’s getting people excited about crypto again? It’s Ethereum. That’s where everything is happening.”

“While there is great work left to be done, you know, I am the math guy, and it is clear tonight from the numbers that we are not going to win this race.”

“BTC started rising during the market sell-off triggered by coronavirus. That was just the short-term catalyst. The underlying driver is the Bitcoin halving event in May.”

“Ask yourself why would someone claim to be Satoshi and offer zero proof? Either put up or shut up, right?” 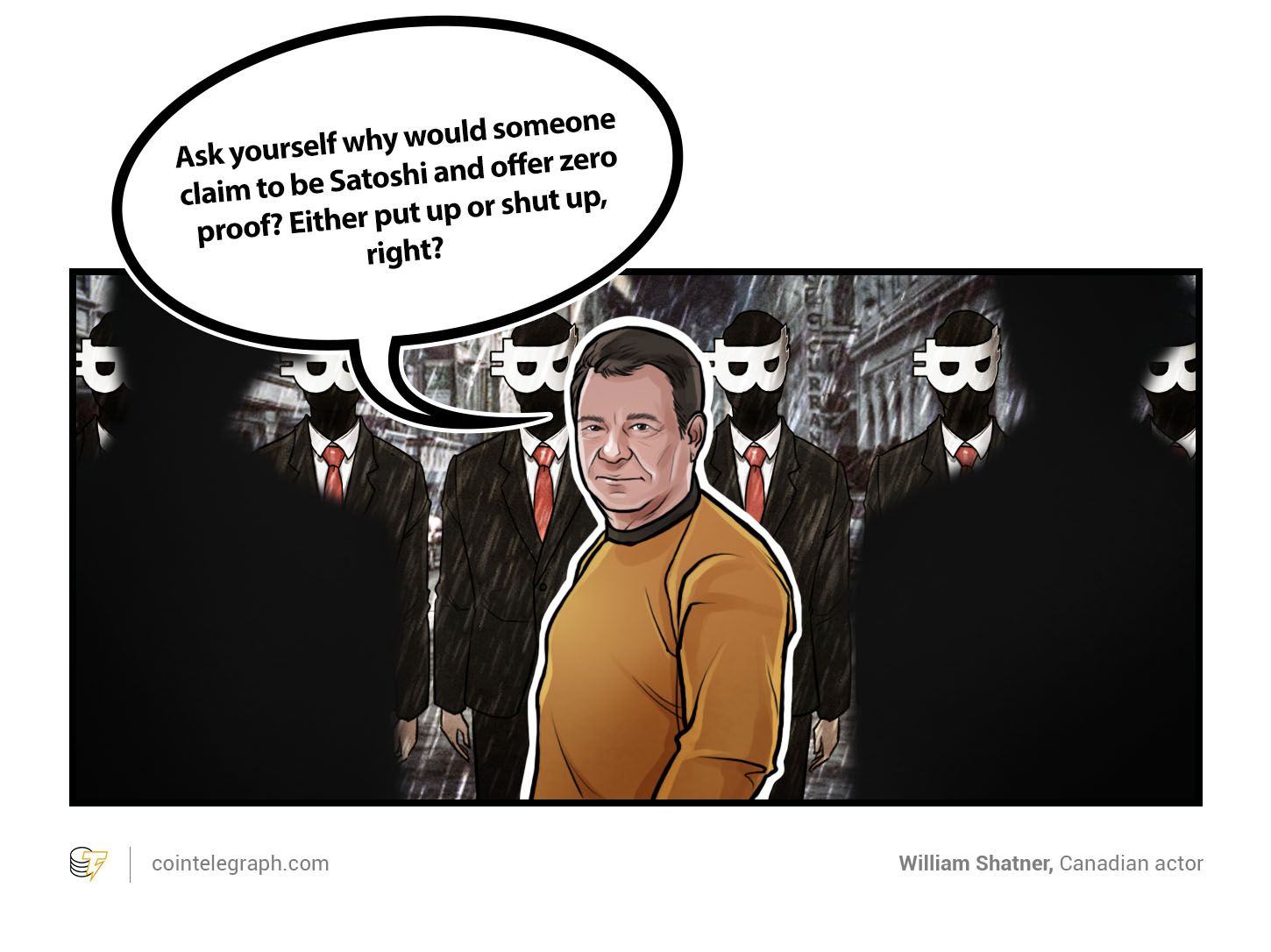 Fundstrat Global Advisors co-founder Tom Lee has predicted that Bitcoin will hit $40,000 before the Dow Jones index reaches 40,000 points. It came days after the infamous BTC bull said the crypto’s price would balloon to $27,000 in the space of six months after breaking its 200-day moving average. At the time of writing, the Dow stood at 29,398 — not far off the all-time highs recorded earlier in the week. Lee wasn’t the only one who struck an optimistic tone this week. Mike Novogratz, the CEO of Galaxy Digital, has said BTC has the potential to reach and even surpass all-time highs of $20,000 by May.

A man in Ohio has been accused of laundering hundreds of millions of dollars in proceeds from illicit narcotics sales for darknet users around the world. Larry Harmon, 36, reportedly started Helix — the illegal business said to be behind the financial crimes — in 2014. The Department of Justice said: “Helix functioned as a Bitcoin ‘mixer’ or ‘tumbler,’ allowing customers, for a fee, to send Bitcoin to designated recipients in a manner that was designed to conceal the source or owner of the Bitcoin.” Harmon’s company is accused of transferring more than 350,000 BTC — worth $300 million at the time — and has been taken into custody.

Anthony “Pomp” Pompliano suspended from Twitter… for an hour

There was a flurry of confusion on crypto Twitter earlier this week when the account of Morgan Creek Digital co-founder Anthony “Pomp” Pompliano was randomly suspended, only to be reinstated within a matter of hours. Speculation as to how he had fallen afoul of Twitter rules quickly began to spread. Earlier in the day, Pompliano had used a viral tweet attacking Donald Trump as a vehicle to advertise his podcast — with some Twitter users suggesting that the social network might have taken a dim view toward this self-promotion. When he returned, Pompliano tweeted the hashtag #FreePomp… along with a link to the song “Welcome Back” by Mase.

Sometimes in life, cutting crypto analysis comes from the place you least expect it. And back on Tuesday, William Shatner — the 88-year-old who played Captain Kirk in the original Star Trek series — weighed into the debate on whether Craig Wright actually is Satoshi Nakamoto, the anonymous creator of Bitcoin. Shatner tweeted: “Ask yourself why would someone claim to be Satoshi and offer zero proof? Either put up or shut up, right?” All of this comes as Wright continues to be wrapped up in legal proceedings brought against him by the estate of his late business partner Dave Kleiman. 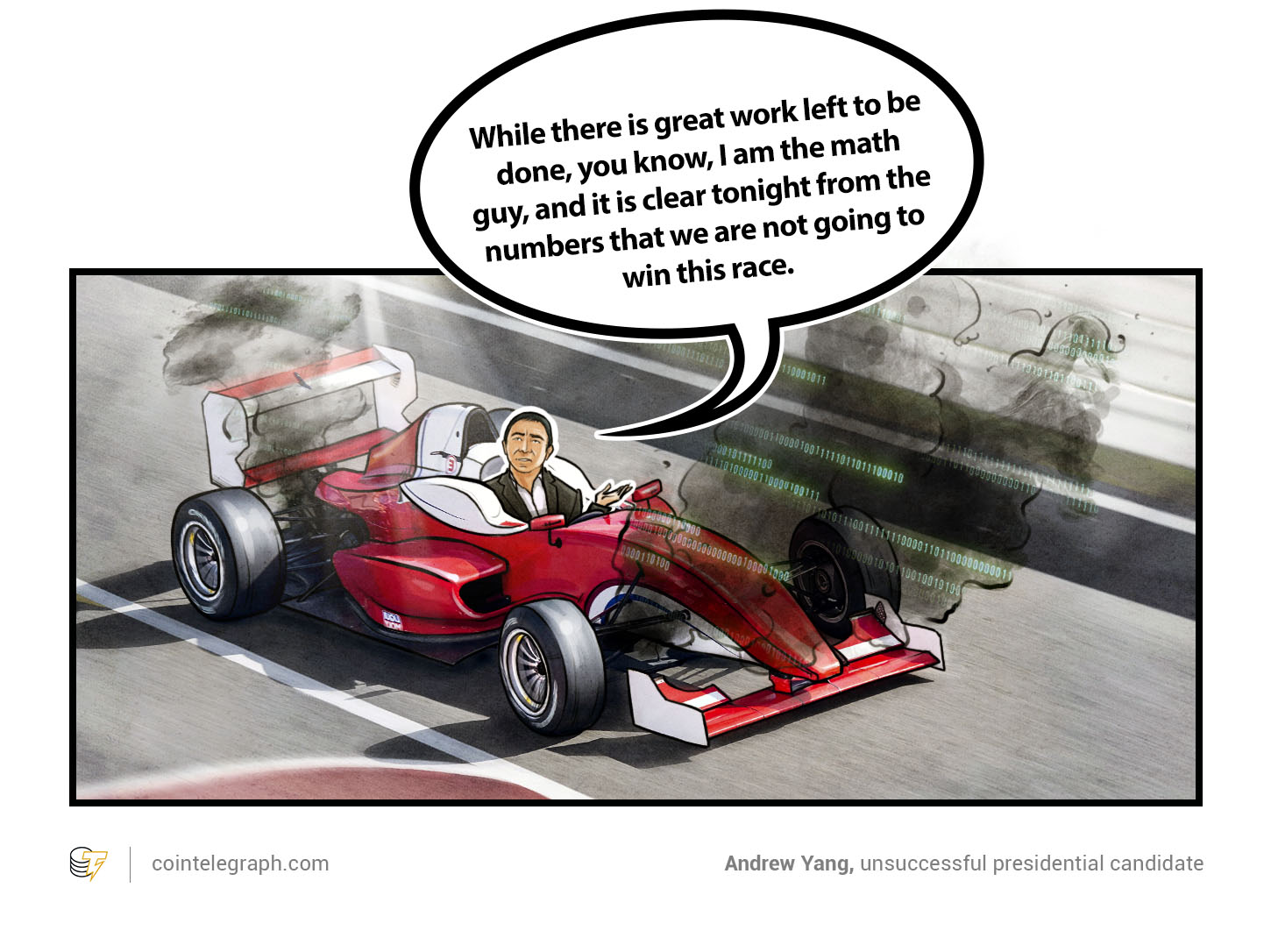 Not all central banks have an interest in CBDCs

Kyle White chews over the results of a recent survey published by the Bank of International Settlements and asks why some central banks are more enthusiastic to push ahead with digital currencies than others.

Coronavirus spreads and crypto rallies, but not everything is related

The crypto markets were booming as the coronavirus crisis worsened in China. But, as Darren Kleine explains, correlation does not equal causation.

Crypto exchanges are among the businesses that will soon be required to disclose customer information when facilitating trades of $1,000 or higher. With the deadline for adoption fast approaching, Will Heasman looks at how the world’s regulatory authorities have responded to the guidelines so far.

Check out our list of the most important and influential people in the cryptocurrency and blockchain world, as chosen by Cointelegraph’s editors.