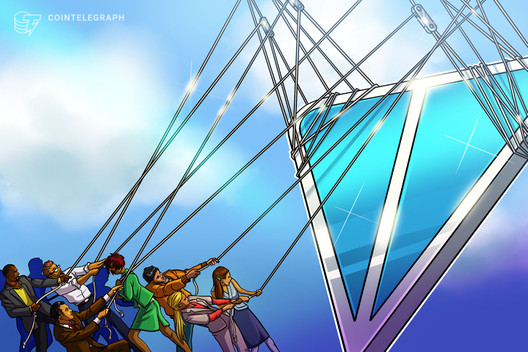 International Telegram Open Network contributors have submitted a brief to court that criticizes U.S. regulators’ line of attack against the project.

The group has formed a non-profit association, “The TON Community Foundation,” and collectively submitted the brief on Feb. 14 in the form of an amicus curiae.

An amicus curiae is a brief that offers expertise or insight into a given case on behalf of an entity that is not formally party to the case itself — i.e. an entity that is neither a plaintiff, defendant, nor legal counsel for either side.

The court can decide whether or not to take the brief into account at its discretion.

Who are the members of the TON Community Foundation?

In their filing, the contributors state that the foundation has been formed to represent a “professional community of active participants in the TON project in whose interest it is to see the TON blockchain mainnet launched as soon as possible.”

The foundation comprises 20 teams in the TON global community, designated as “independent specialists with extensive blockchain experience who are involved in the actual work on the TON blockchain and who write its code, protocol, smart contracts, tools, and applications.”

These 20 teams ostensibly represent over 2,000 computer scientists, engineers, programmers, and entrepreneurs — based in China, Russia, France and Spain, among other countries.

The foundation writes that the unanimous position of the TON dev community is that the TON blockchain is fully operational, has “state-of-the-art prelaunch security” and a developed suite of services. They contend it would, in its current state, be ready for launch as a mainnet in a “matter of seconds.”

The brief focuses on particular arguments that were presented by Brown University Professor Maurice Herlihy in his review of TON for the United States Securities and Exchange Commission.

Following Telegram’s wildly successful $1.7 billion initial coin offering for TON in 2018, the SEC had launched an investigation into the project in 2019, claiming the entity had not registered with the commission for its ICO and the network’s “Gram” tokens. The Herlihy report was submitted as evidence on behalf of the SEC in late December 2019.

In its brief, the foundation argues that the court should decline the SEC’s impulse to place the industry under an “innovation-suffocating regime,” it contends.

It argues that other successful blockchains — such as Bitcoin, Ethereum and Tezos — would never have launched had they been subjected to Professor Herlihy’s “academic scrutiny” and his “unrealistic standards of pre-launch performance, security, and maturity.”

Moreover, despite Professor Herlihy serving as the SEC’s blockchain expert, the foundation claims he has mischaracterized the TON network in his report.

It notes that he uses a blockchain definition from 2010 that has since become obsolete, which fails to account for smart contract functionality as one of the technology’s core parameters.

What makes the TON blockchain unique, the brief outlines, is that literally “everything in its network is based on interaction with smart contracts” and “all Grams will be located in smart contracts,” so that, “in a way TON is a smart contract platform more than a cryptocurrency one.”

The rest of the foundation’s arguments against Professor Herlihy’s report provide a detailed overview of the state of the network’s services, readiness for launch, protocol, code and security audit results.

As reported, prior to his foray into blockchain, Telegram’s creator, Pavel Durov, had already faced significant controversy in his native country, Russia, where he resisted pressure from state security services to access user data in the wake of political unrest.