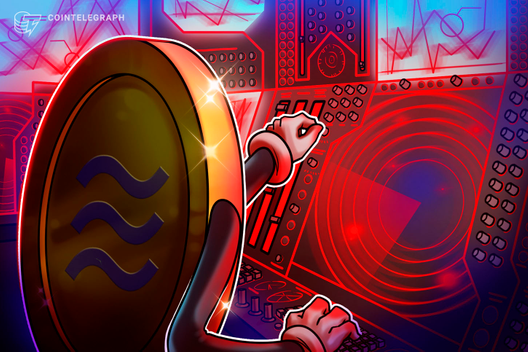 What’s the right approach to privacy that will allow crypto to best navigate regulation?

The regulatory control that most governments seek is generally related to money laundering and illegal activity. While cryptocurrency creators have no desire to foster such practices, many nevertheless hope to move away from the sorts of regulatory controls that are seen as centralized, less cost-efficient and often domineering.

To Libra or not to Libra?

Facebook founder Mark Zuckerberg’s newest offering to the tech world is a proprietary cryptocurrency called Libra. Designed as a means of P2P payments on the Facebook platform, Zuckerberg had hoped that his creation would mimic Bitcoin to a degree.

Initially the response from insiders was a sense of profound excitement. A host of tech giants signed on financial partners. The news was all about how Libra could change the world, particularly the 1.7 billion adults who remain unbanked across the globe.

However, as government agencies have begun offering feedback, the fires have cooled substantially. Most recently, Lael Brainard, one of the governors of the United States Federal Reserve, has stated unequivocally that Libra cannot see the light of day until a number of regulatory standards have been met. What’s more, other analysts have made even stronger statements about the dangers of Libra, and the potential it has to damage society.

The result has been a massive exodus from the system. Seven of the largest funding partners — including PayPal, Visa, Mastercard and eBay — have all made a hasty retreat from the company. And others are threatening to do the same, as U.S. and international regulators, like the Financial Action Task Force (FATF) continue to clamp down on the new system by offering stricter guidelines on how digital transactions should be managed. One major concern of regulators is that Libra could heavily disrupt the global financial system and potentially be subverted for money laundering or terrorist financing.

While not immediately impactful for Bitcoin, this new guidance from the Federal Reserve suggests that coins that do not offer good regulatory control may come under fire. For example, privacy coins like Monero and Dash are under serious scrutiny. These coins offer users complete anonymity in transactions through the use of blockchain technology — a particularly odious feature for regulators.

If not Libra, then…?

However, while this gap between privacy-based cryptocurrencies and regulators appears to be growing increasingly wide, other coins and platforms have moved into the space, hoping to provide solutions that are meaningful and helpful for regulators.

For that reason, platforms such as Particl and Verge, for example, are coming online that allow exchanges to offer some level of regulatory oversight, but still maintain the desired privacy and P2P transactions that cryptocurrency users are pursuing.

As a community governance example, Particl is designed with internal regulation, in that it allows for private transactions but also a secondary level of internal governance through user voting. By allowing users to vote against listings that don’t conform to the community guidelines, the system is internally regulating. This type of solution offers a middle road between regulators seeking some level of control and the complete anonymity of coins like Zcash and Monero.

Other platforms are also seeking solutions that mix private and public transactions. For example, Dash offers private internal transactions between users but requires the coins to be “mixed” with other coins to provide the desired privacy. The founders believe the network should be able to meet the necessary compliance suggestions from FATF.

According to Dash CEO Ryan Taylor, “Dash is identical to Bitcoin and is 100% capable of meeting the requirements.”

Others, like DeepOnion, are moving in the opposite direction, building on The Onion Router, or TOE, darknet and moving away from any oversight whatsoever. These platforms assume that government will never allow private-style transactions, and are therefore moving underground.

Working together for change

While the potential to hide from government will always be there, it seems clear that digital coins that seek a middle ground with regulators pose the greatest hope for mass adoption of cryptocurrencies. New systems that offer a certain level of control (even if only through users) but remain private, allow for a hybrid option that may well represent the future of digital money.

Such systems bring regulators and cryptophiles together. Facebook has promised to work tirelessly with regulators to help bridge the gaps that currently exist. But the departure of its key funding and supportive partners may tell a different story. What’s more, while the coin may offer some benefits for users, other decentralized platforms adhere more carefully to Satoshi Nakamoto’s original vision of a peer-to-peer, digital payment system that is fully decentralized but also highly scalable, safe and secure.

While companies have executed permutations of Satoshi’s original vision, most would not deny that clear, consistent and reasonable regulation is required for mass adoption of cryptocurrencies. But ultimately, the cryptocurrencies and systems that do the best job of finding a middle ground between their benefits and regulatory oversight will be the ones that survive and thrive.