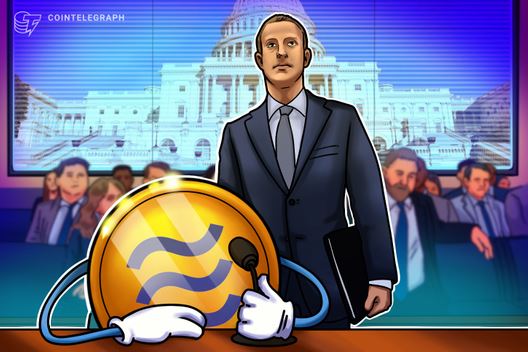 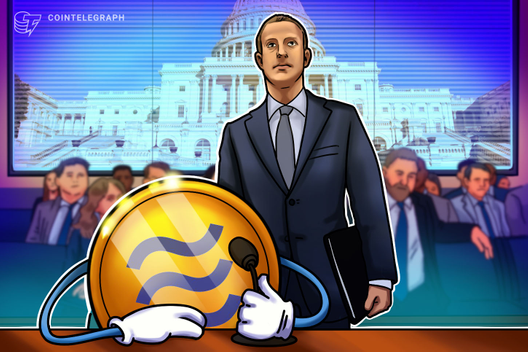 Facebook hires lobbyists as Zuckerberg dines with lawmakers to try to get Libra across the regulatory line.

When Facebook published the Libra white paper in June 2019, shockwaves were felt across the crypto markets the world over. Triggering the end of a long bear market, Bitcoin soared past the iconic $10,000 mark, and many prominent altcoins rose on the back of a phenomenon now known as the “Libra Effect.”

As so often occurs alongside milestone cryptocurrency announcements, Facebook’s venture into digital payments was also met with a barrage of criticism. Regulators and politicians on both sides of the Atlantic are calling either for intense scrutiny of the project or an outright ban. Fears abound that by launching a decentralized payment system, Facebook’s monopoly could balloon to the point that independent states lose their monetary sovereignty.

Related: US House Financial Services Committee and SEC: Whose Move on Crypto?

Initially, the project was set to launch in 2020, but that now seems uncertain. As resistance increases, Facebook founder Mark Zuckerberg has been on a charm offensive to tip the scales in Libra’s favor.

In the wake of the 2018 Cambridge Analytica scandal, Facebook suffered a serious blow to its reputation. The misuse of data on a hitherto unprecedented scale tarnished the name of the social media giant, and for the first time, people began to distinguish the difference between the company’s convincing brand and its activities.

The company’s troubled past means that customers and lawmakers alike are prone to view each new venture with suspicion. It is perhaps unsurprising that Zuckerberg’s recent activities seek to reassure critics that Facebook is making every effort to ensure that the Libra project is above board. Speaking to the world’s largest financial newspaper, the Japan-based Nikkei, Zuckerberg appeared on Sept. 26 to acknowledge the difficulty the company faces against regulatory scrutiny and public perception.

In an effort to combat Facebook’s newly earned association with underhand activities, Zuckerberg said that the company aims to consult with the public due to the sensitivity of the project:

“Part of the approach and how we’ve changed is that now when we do things that are going to be very sensitive for society, we want to have a period where we can go out and talk about them and consult with people and get feedback and work through the issues before rolling them out.”

Acknowledging that the company’s behavior must change to regain trust, Zuckerberg added that the company will take a different approach to what it would have five years ago. When pressed on Libra’s expected launch, Zuckerberg would not commit to an exact time frame.

Wining and dining: Lawmakers who lunch

If Zuckerberg’s contrite appearances in the media fail to win over the hearts and minds of the world’s decision-makers, it seems he is appealing to their stomachs as a back-up. On Sept. 18, Zuckerberg reportedly dined with a number of United States lawmakers in a bid to assuage concerns about Libra.

Amy Davine Kim, the chief policy officer at the Chamber of Digital Commerce, explained to Cointelegraph that personal interactions with lawmakers can indeed bring about change:

“Personal visits absolutely help enhance policies and regulatory decisions. Regulators themselves encourage discussion with them prior to launch to ensure all compliance obligations are addressed. This makes for a much smoother market entry.”

Although the Facebook founder’s aim may have been to sweeten up the lawmakers, it appears some attendees were left with a sour taste in their mouths. In addition to the misuse of data, Facebook has also been accused of not doing enough to monitor content published on its social network.

Zuckerberg’s concerns about the effects of the company’s prior activities were confirmed when Democratic Sen. Mark R. Warner said that Zuckerberg heard “consistent concerns about privacy, concerns around vile content and how it came to be dealt with.” The U.S. senator also appeared to question the integrity of Facebook’s transparency drive, saying:

“One of the things I’m very worried about is, when the Facebook representative testified before the Senate, before my committee, he said, ‘You know, if we can’t get American regulatory approval, we won’t launch.’ […] We hear lots of indication Facebook may choose to launch in other nations first. […] So, somebody is not telling the truth.”

It is likely that the senator was referring to Libra’s warm reception in Switzerland, where Mark Branson, the head of the country’s Financial Market Supervisory Authority, stated that the project fits perfectly into its regulatory framework.

The Libra Association’s head of policy and communications, Dante Disparte, also commented to Cointelegraph on the decision to coordinate with Swiss regulators, saying, “We see a feasible pathway for an open-source blockchain network to become a regulated, low-friction, high-security payment system.” Warner said that Zuckerberg was aware of the concerns from U.S. policymakers, but continued:

“I still don’t have 100 percent clarity on whether they feel like they can launch short of U.S. regulatory approval.”

On the other hand, Connecticut Democratic Sen. Richard Blumenthal, a fellow diner with Zuckerberg and Warner, said that he welcomed “the strong, constructive interest shown by Mr. Zuckerberg.” He went on:

“We talked about some of the most pressing challenges facing the tech industry, including its repeated failures to [protect] election security and consumer privacy.”

“We recognize that blockchain is an emerging technology, and that policymakers must carefully consider how its applications fit into their financial system policies.”

According to Stuart Young, an analyst at the London-based blockchain consultancy Smith + Crown, there are a number of factors that could cause concern for regulators. Young told Cointelegraph:

“These challenges include enforcing KYC/AML requirements, data privacy concerns (topical in the wake of Cambridge Analytica), and effects on an individual country’s central bank and monetary policy. Regulators have an unclear incentive to adopt or support a private digital currency such as Libra, since similar technology could be used by their own central banks to issue a digital currency.”

Young also outlined his view that, as a project on the scale of Libra has never been seen before, regulators will face many tricky decisions and require more information from the Libra Association before any approval can be given:

“Given that many aspects of Libra’s operation venture into uncharted territory, it is likely that it will be required to seek additional licenses internationally, and may face blanket restrictions in certain countries. It is possible that various regulators decide that the project is too systemically risky to the financial system, and ban it from going forward. […] In practice, this will likely require extensive dialog with regulators on a country-country basis to establish a path forward.”

For many years, the world’s largest tech companies steered clear of politics. But while creating their monopolies at the top of the tech world, the big four of technology — i.e., Google, Amazon, Facebook and Apple – have blurred the boundaries of where technology and politics collide.

The power of tech companies has spawned legislative debates and discussions about tax, and has unnerved both politicians and citizens across the globe. But, in the world of politics and money talks, Facebook has a powerful tactic up its sleeve: lobbying.

Related: How Facebook Libra Is Seeking Compliance, but May Not Launch by 2020

In 2018, Facebook spent $12.6 million on lobbying, up 45% from 2016. In 2019, the company’s lobbying efforts showed little sign of slowing, with the social media behemoth recently hiring several lobbyists to help Libra break through the legal barricades.

According to a report published on Sept. 5, Facebook hired William Hollier, the president of legislative and regulatory counseling firm Hollier Associates LLC,  in late August to lobby for the company on blockchain policy. Hollier has previously worked for U.S. Republican Sen. Mike Crapo, who has spoken of the potential benefits that Facebook’s Libra project could bring.

The other new lobbyist is Michael Williams of the Washington, D.C.-based consulting firm The Williams Group, who began lobbying for Facebook in July. Facebook also hired FS Vector, another D.C.-based company that specializes in regulatory compliance, public policy and business strategy for the fintech and cryptocurrency sectors.

The Chamber of Digital Commerce’s Amy Davine Kim told Cointelegraph that lobbying is an increasingly effective way for cryptocurrency projects to gain traction, as well as for helping shift attitudes from scepticism to interest, resulting in an evident increase of desire to understand the technology:

“In the past five years, the Congressional Blockchain Caucus was formed, H. Res. 835 was passed establishing supportive language for blockchain technology in the Congressional Record for the first time; the SEC has developed frameworks for the token economy; and more recently seven Members of Congress have called on the Administration to publicly support the advancement of blockchain.”

Although many lobbying efforts on behalf of cryptocurrency projects are successful in gaining influence, Kim said that more work is needed to drive change in the industry:

“It’s only with increased access to information, from the companies that are leading that charge, will government representatives understand the real impact and benefits the technology can bring.”