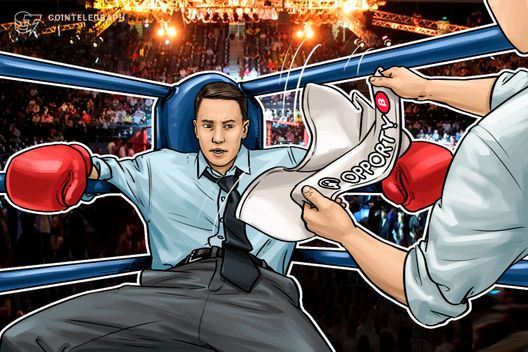 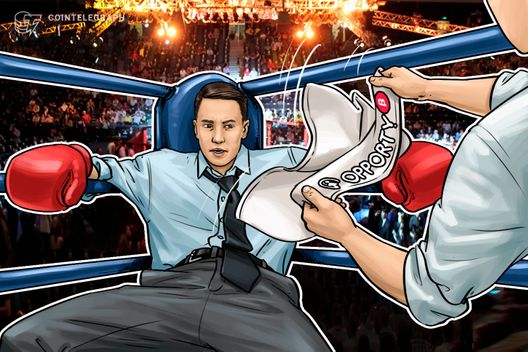 An American Blockchain startup aims for the mass adoption of cryptocurrency and blockchain with a chain of agnostic protocols to process business transactions.

An American startup is building a blockchain agnostic protocol in a bid to provide small businesses with affordable access to new technology, and drive the mass adoption of blockchain and cryptocurrencies.

Opporty, with experienced founders from the U.S., has also set up a “trusted and verified services marketplace” on the Ethereum blockchain, with features such as smart contracts, decentralized escrow, and lead generation. The company believes its platform helps small and medium enterprises (SMEs) to compete with large corporations, without requiring large investments in technology and marketing.

By now, Opporty has launched its platform’s localizations in China, the UK, Canada, the USA, and Australia. As the company reported to Cointelegraph, currently there are approximately up to 10 registrations per day, by new providers on the platform. “Therefore, we observe that SMEs are ready to grow and benefit with Opporty, an online Marketplace that cares,” added the company’s representative.

In the beginning of 2018, Opporty has acquired two new clients in New York. Both offer crypto payment options on their websites.

Universal Accounting Systems, uses the company’s platform to allow its clients to pay with Bitcoin and Ethereum for tax preparation and other services. It uses Opporty’s smart widget to offer its clients a simple view of its services, and allows them to pay with cryptocurrency.

Hudson Law Group, a midtown firm headed by David Treyster, has posted some customized crypto-based offerings for its clients using the Opporty marketplace. It also uses the smart widget and has already begun receiving crypto transactions through it.

The company says, the amount of U.S.-based providers which registered on the platform has increased. The Australian version, which has recently been released, already has new providers that accept crypto payments, including OPP, the company’s token.

The widgets by Opporty allow users to receive payments from customers. Companies that have listed their crypto-based offers at Opporty, ​get smart widgets on their websites​. Once the widget is placed, consumers can choose from several payment options, including ETH and BTC.

“Small business owners now realize that cryptocurrencies can give them a head start over their competition,” Opporty founder Sergey Grybniak said in a release. Opporty enables anyone to use cryptocurrency, and the attendant benefits of blockchain, without having to master the underlying technology, the entrepreneur added.

In March 2018, the Opporty team decided to implement ​Ethereum’s Plasma Protocol to “resolve the trust issues in business transactions and lack of privacy in traditional blockchain solutions.” The ​First backend version of Opporty’s Plasma solution allowed users to process around 5,000 transactions per second, the company said.

“Then we have decided to come up with our own solution for ​Plasma Cash​, an enhancement technology for Plasma Protocol. After tireless work, our developers managed to enhance the technology​ to achieve the highest public test, which was more than Alipay at peak,” reported the Opporty team to Cointelegraph.

The company claims that it resolves trust and sustainability problems between counterparties by storing business transaction data, including transaction quality, on the blockchain. It enables verification and validation of counterparty trustworthiness by implementing the Plasma Protocol. Its benefits position Opporty as a reliable option for domestic and cross-border transactions using cryptocurrencies, which can be used in supply chain risk management, corporate transactions and government procurements. The PoE protocol allows integration with other blockchain-powered platforms.

Opporty’s project is constantly acquiring new updates and features, such as BLS threshold signatures and Delegated Proof of Stake, zk-SNARKs.

Right now Opporty is in its beta development, with MVP (Minimum Viable Product) already available for application and use. The open-source code has been released on GitHub.

Opporty is a member of China Cooperative Trade Enterprise Association, and the company is advised by Mr. Daniel Wu, who is a Deputy Director of One Belt One Road Development center.

The company is proud to be a partner of InfiniVision Network Technology (Shanghai) in the fields of big data and blockchain integrations.

In 2018, ​Opporty has scored two Bronze Awards​, a renowned reward among entrepreneurs and innovators. It won the Stevie International Business Competition in the following nominations: Company of the Year  —  Business or Professional Services  —  Small category, and Online Marketing Campaign of the Year category.

Understanding that an online marketplace could be something much more than just a business product, Opporty has become a UN Global Compact participant. Taking part in this initiative, the Opporty team conducts research work in the fields of resolving issues of poverty and unemployment.

OPP, the company’s token, is already available on several exchanges, and the list is being updated.