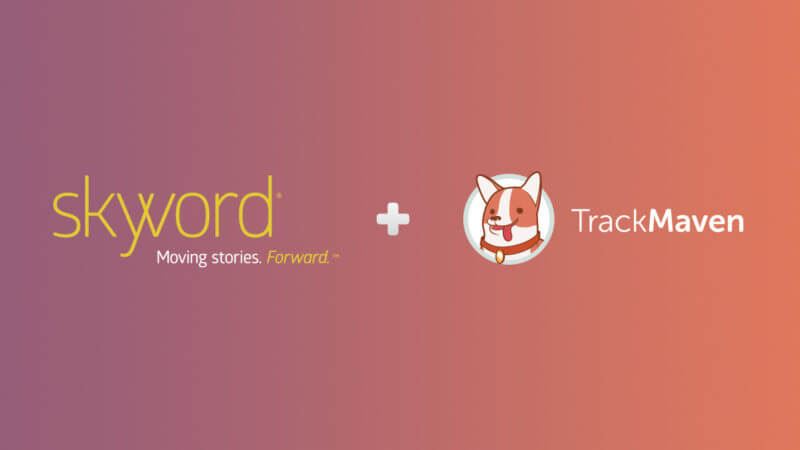 Content marketing platform Skyword and marketing insights platform TrackMaven announced their merger on Tuesday, saying the move will provide B2B and B2C marketers with a greater understanding of how their content is performing compared to competitors.

In June, Skyword released the next generation of its platform, called Skyword 360, and last month it broadened into social media with the ability to publish to Facebook, LinkedIn and Twitter.

What Skyword couldn’t do. While the company could previously measure how a client’s content was doing compared to past results, founder and CEO Tom Gerace told me, it couldn’t measure how the content was performing against competitors; it couldn’t tell what kind of content competitors were successfully publishing and it couldn’t identify the data-supported best practices across the industry.

“We could tell how your content was performing,” he said, “but we couldn’t say, ‘You’re number one.’”

When called on to do so, he wrote in a blog post, the company could pull together stats from various sources, but not in real time and not with the ability to support drill-downs.

TrackMaven could ‘hand off’ analytics. TrackMaven, said founder and CEO Allen Gannett, has been “able to tell people how to be smarter and then hand it off to other players” to implement, which he described as “very unsatisfying.”

In addition to providing the kind of analytics missing from Skyword, he said, TrackMaven also offers analytics about channels beyond the web, email and the three social platforms to which Skyword currently distributes, such as paid social marketing.

For the immediate future, the companies — both based in Boston — will continue to sell their services separately, with the goal of fully integrating their platforms by the middle of next year.

Why this matters to marketers. Gerace said that content has become the center of marketing efforts, pushing toward a convergence of tools that offer traditional content marketing and social media publishing.

While previous competitors have been such content marketers as NewsCred, Contently and Kapost, he said marketers are now looking for a broader ability to deploy content to any of the existing and emerging channels, the kind of expansive view of content that is being embraced by an expanded social media platform like Sprinklr.

The post Skyword merges with TrackMaven to create a content marketing platform with more insights appeared first on MarTech Today.