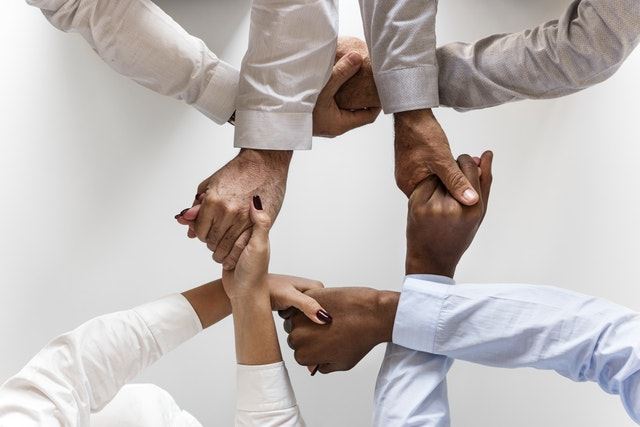 It’s not about the transaction. Not really. Any financial institution, retailer or service provider can (one hopes) give consumers efficient ways to manage, move and use their funds.

Nah, these days it’s about engagement.

Consumers don’t want to be coddled (well, not just). They want a memorable experience, not just a mere transaction. They want to feel as though they are not just being treated well, but that the tradeoff they have made — personal information for convenience, increasingly via mobile devices — results in security and safety instead of constant anxiety about ID theft and data breaches.

And that requires trust.

Samy talked about a “trust deficit” that can serve to make it harder for an organization to win the revenue and loyalty of an end user, and more difficult to promote full engagement with products and services, such as mobile banking apps. For companies seeking to build and deploy such technology and tools, the “barriers to entry are convenience and security, in that order,” Samy said during the PYMNTS interview.

That’s certainly not a fresh reflection, but it doesn’t have to be fresh to be of vital importance to financial institutions and other players in the digital space.

Every new data breach, every new scandal involving data sharing, every new revelation about how personal data is used to craft sometimes creepy personalized ads — every one of those instances offers a chance for a consumer to rethink that tradeoff, to consider taking his or her business to another organization perceived as being more serious about protecting the privacy and information of its customers. (Assuming a consumer has not become numb and apathetic about those constant breaches and associated events, of course.)

The burden is on the organization to provide a “comfort level” for consumers, Samy said, so that they use those new products, features and tools while, ideally, in a “relaxed” frame of mind. If not — say, for instance, a credit card involved in a breach — another payment method might go to the top of use list, or another mobile app might replace one that is perceived as being weak with security. Yes, consumers have come to expect “instant access to services,” he said – but that doesn’t mean organizations can take consumer security concerns for granted. There is just too much competition out there for that, for starters.

Need more proof that consumers are becoming more demanding about that tradeoff?

Samy said to look at the European Union’s new General Data Protection Regulation (GDPR), or the roughly similar law just passed in California. Those demonstrate that the trend is for consumers saying that “it’s fine for me to give (a company) my information, but only if I am aware of how it will be used and I consent.” That trend appears unlikely to abate anytime soon — though, it must be stated, there is little indication that consumers are prepared to give up their free email and other online services that they can use in exchange for their personal online data.

Recent technological developments, including biometric authentication, are working toward constructing stronger (as in harder to crack) digital identities for consumers. The IDs – which can use a combination of the device the consumer owns as well as mathematical confirmations of biological features, such as fingerprints or irises, and other tools – could help deepen consumer engagement features, as those stronger digital IDs would offer the security (or the sense of security) needed to draw people past the relatively simple nature of transactions.

“We are moving toward richer relationships,” Samy said.

Despite that, financial institutions and other organizations still rely on one-time passwords and other relatively primitive authentication forms, even though, in Samy’s view, such technology is about a decade behind the times. Banks, in general, are a step behind when it comes to the cutting edge of the convenience and security tradeoff, but they are headed in the right direction, he said.

And the financial and workforce resources of the larger banks serve to give them an “edge” over challengers, Samy added, even as regulators around the world make it easier for upstart FinTech firms to build and deploy new technology.

Trust is the bedrock of so much of human activity, and the increasing digitalization of financial, retail and service transactions — sorry, “engagements” — makes that concept as valuable as ever.