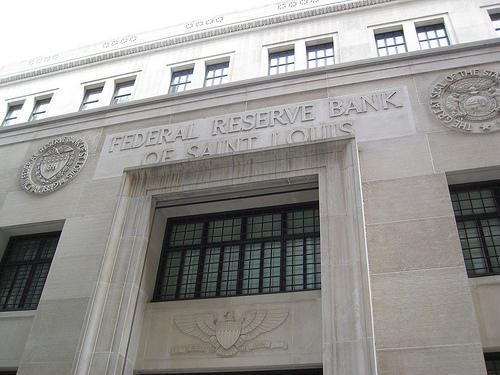 Even as consumers conduct commerce and pay with taps and swipes, the Federal Reserve’s infrastructure underpinning payments could use a bit of modernization in a bid to support fast payments “for all,” Federal Reserve Governor Lael Brainard said in remarks made Wednesday (Oct. 3).

To that end, the Federal Reserve is seeking public comment on what she said could be “potential steps” that could be taken by the Fed “to support the vision of RTGS [real-time gross settlement] of faster payments.”

Brainard, speaking in Chicago at the Fed Payments Improvement Community Forum, said in her remarks that while “we are seeing a growing demand for payments to be as instantaneous as the apps on our smartphones,” the reality is a bit starker, as payments rely on what she termed a “patchwork” of systems that, operating behind the scenes, can result in inefficiencies and delays, and where access can be uneven as well.

With a bit of history setting the stage for a discussion of RTGS, Brainard said the Fed was created in tandem with Congress’ desire to create a reliable payments infrastructure. Though Americans now take the reliability and safety of payments “for granted,” she stated that in the past, fragmentation of payments – wending their way through various systems and banks and, of course, via paper check – imposed costs and delays that impacted all stakeholders, from banks to consumers.

By the 1970s, Brainard said inefficiencies and the sheer volume of checks, along with the expensive process of clearing those checks, represented a “time bomb” that demanded attention and technology.

Thus, the joint efforts decades ago between the Fed and the private sector yielded the ACH system, which still exists as a vital conduit to reliable payments and access to funds.

But, Brainard told observers, the U.S. payment system stands “again, at a crossroads.” There exists a disconnect, she said, between the expectations for speed and accessibility in payments, born of the digital age, and underlying settlement abilities (which are tied to a deferred settlement system).

By embracing RTGS, said the Fed governor, risk decreases and safety increases. Payments speed, of course, would get a boost. The Fed, she noted, has a responsibility to offer payment systems that serve the needs of the public at large, and the systems at present do not work in a real-time, 24/7 payments environment. Faster payment services are emerging that allow enterprises and individuals to manage their finances with efficiency.

“The capability to finalize interbank settlement before funds are made available to the recipient would avoid an undesirable” level of risk, she contended. That risk stands out in times of financial stress, as transferring funds between banks is not instantaneous, but acts as an IOU of sorts.

The call for public comment is being published in the Federal Register and, as Brainard said, reserve banks could – by way of example – develop a service for RTGS that would be available 24/7, settling funds flow on a payment-by-payment basis, and with interbank settlement that can be done even on weekends and holidays.

Such initiatives, she said, “could ultimately benefit all consumers by lowering costs, increasing choice and improving quality.” Faster payments can be important for households and small business owners, which have in the past faced constraints on cash flow. As Brainard noted, surveys have found that as many as 40 percent of adults in the U.S. would need to borrow or raise funds by selling items. Real-time payments could also help stakeholders sidestep overdraft fees or collections efforts, or the need for SMBs to tap short-term financing.

Brainard noted that the Fed’s faster payments initiative began five years ago with a continuing dialogue between 300 organizations across banks, card firms, tech firms and consumers. Ensuing examination and assessment of the payments infrastructure has found that interbank settlement in real time — “what we refer to as real-time gross settlement” – offers benefits. She also pointed out that at present, the United States lags behind some other countries in embracing such faster payments initiatives. Brainard pointed specifically to the Reserve Bank of Australia and the European Central Bank, where real-time gross settlement already has, or will, underpin private sector faster payments services.

The Fed is also seeking comment on the possibility of developing what Brainard called “a liquidity management tool that would operate 24/7,” and which would underpin services for real-time interbank settlement of faster payments.