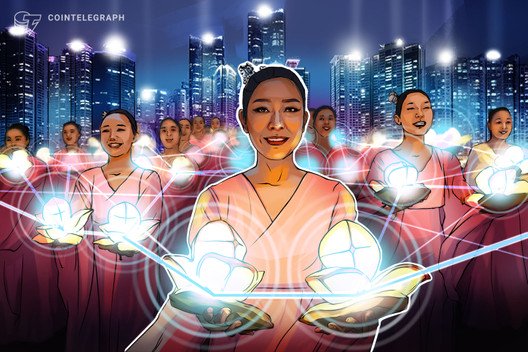 South Korean police had said that about 10,000 people had joined the Telegram groups through which the pornographic material was distributed.

Although it has not been possible to quantify precisely, authorities say that a portion of the members paid about $1,200 in cryptocurrencies for gaining access.

More than 2.6 million Koreans helped to reveal the identity of 24-year-old Cho Joo-bin, the man who led the blackmailing network whose victims were both girls and boys.

“The Doc,” the online nickname used by Cho, stated the following after being arrested:

“Thank you for stopping my life as a devil that I could not stop.”

Minor girls as victims of the child-pornographic online ring

So far, the police claimed that 74 people were victims of the crimes, and among them are 16 minor girls.

Citing local news media, the New York Times stated that nearly 300,000 people have paid to access online chat rooms where the pornographic content has been distributed since 2018.

For several years, the South Korean police have been cracking down on pornographic websites to combat child pornography.

Investigations by local authorities highlight that Telegram has been encrypted enough to protect freedom of expression. Unfortunately, criminals have taken advantage of these protections, making them an essential vehicle for the sex trade.