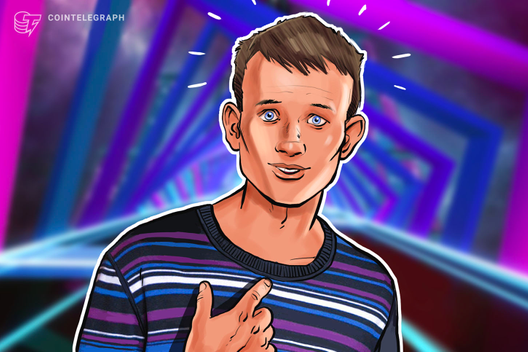 In a recent Twitter discussion, ETH co-founder Vitalik Buterin triggered a wave of arguments over the respective decentralization of Binance DEX and Ethereum itself.

Binance’s decentralized exchange is a better target for criticism over being centralized than Ethereum, Vitalik Buterin believes.

In a recent Twitter discussion, Ethereum co-founder Buterin triggered a wave of argument over decentralization in the crypto industry, particularly Binance DEX as well as Ethereum itself.

Criticizing Ethereum for being centralized is bad, Vitalik says

The discussion started after Buterin retweeted a promotional video by multi-currency digital asset and derivatives exchange BTSE on Dec. 21. While the video apparently has nothing to do with questions like Ethereum’s decentralization, the Ethereum co-founder has spurred crypto community on arguments by tweeting:

“The part I think is silly is criticizing ethereum for being centralized and enabling ICOs and then turning around and promoting using a centralized token on top of a permissioned consortium chain that is doing an ICO.”

The fact that Buterin implied that Magical Crypto Friends criticized Ethereum for being centralized and enabling initial coin offerings (ICOs) “couldn’t be further from the truth,” Seiche noted. Instead, the real criticism lies in “claiming Ethereum is decentralized when it clearly isn’t,” Seiche argued, elaborating the following:

“Their criticism of Ethereum is, to a large degree, rooted in false advertising and the misleading of people building on and investing in Ethereum.”

Seiche also emphasized that the Liquid Network, a federated sidechain of the Bitcoin blockchain used by BTSE for its new token sale, was “never advertised as decentralized.”

Binance DEX claims to be a DEX, but it’s “hardly decentralized”

After Seiche mentioned Binance in the thread, Buterin turned the spotlight to Binance DEX, a decentralized exchange whose testnet was launched by Binance in February 2019. According to Vitalik, Binance claims to be a DEX in its very name, but “it’s hardly decentralized.” The ETH co-founder continued:

“Seems like a way better target than ethereum, which merely has a few governance values that some BTC people don’t like.”

Brought up by Seiche as a comparison to projects in crypto that are not truly decentralized, Binance DEX has been characterized as not really decentralized in crypto community before. As such, popular crypto personality Whale Panda tweeted in February 2019:

“The Binance ‘DEX’ is as much a DEX as JPM coin is a cryptocurrency.”

Following Buterin’s message, CZ replied to Buterin on Twitter, noting that there is no absolute decentralization, and projects with core teams still have centralization. CZ said at the time:

“Don’t get me wrong, I am all for blockchain/decentralization/freedom. But I would not wish “burn in hell” on anyone or anything.”