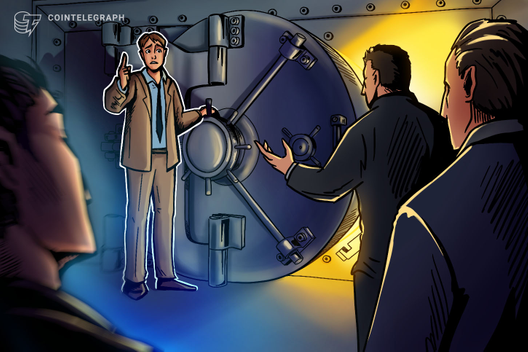 Poloniex is making moves to cover its losses from the CLAM flash crash, but questions remain about the accountability of margin borrowers…

When a financial system like the crypto market lacks liquidity, a crash becomes inevitable. This was the case at the margin trading marketplace hosted by U.S.-based crypto exchange Poloniex toward the end of May, when the value of a lesser-known crypto asset, CLAM, experienced a sudden, sharp crash. This resulted in the generalized loss of approximately 1,800 Bitcoins (BTC).

In what is its second attempt to make things right, Poloniex has said recently that, beginning later in August, it will start recovering the losses of the margin traders. The exchange will begin the trading fee holiday by crediting the affected users with the trading fees they’ve incurred since July 6, adding that the users in question “will see a repayment tracker in your account soon.” The first step of recourse from the exchange came on June 14, when it said it had distributed 180.73606744 BTC proportionately across affected lenders.

How did the crash happen? 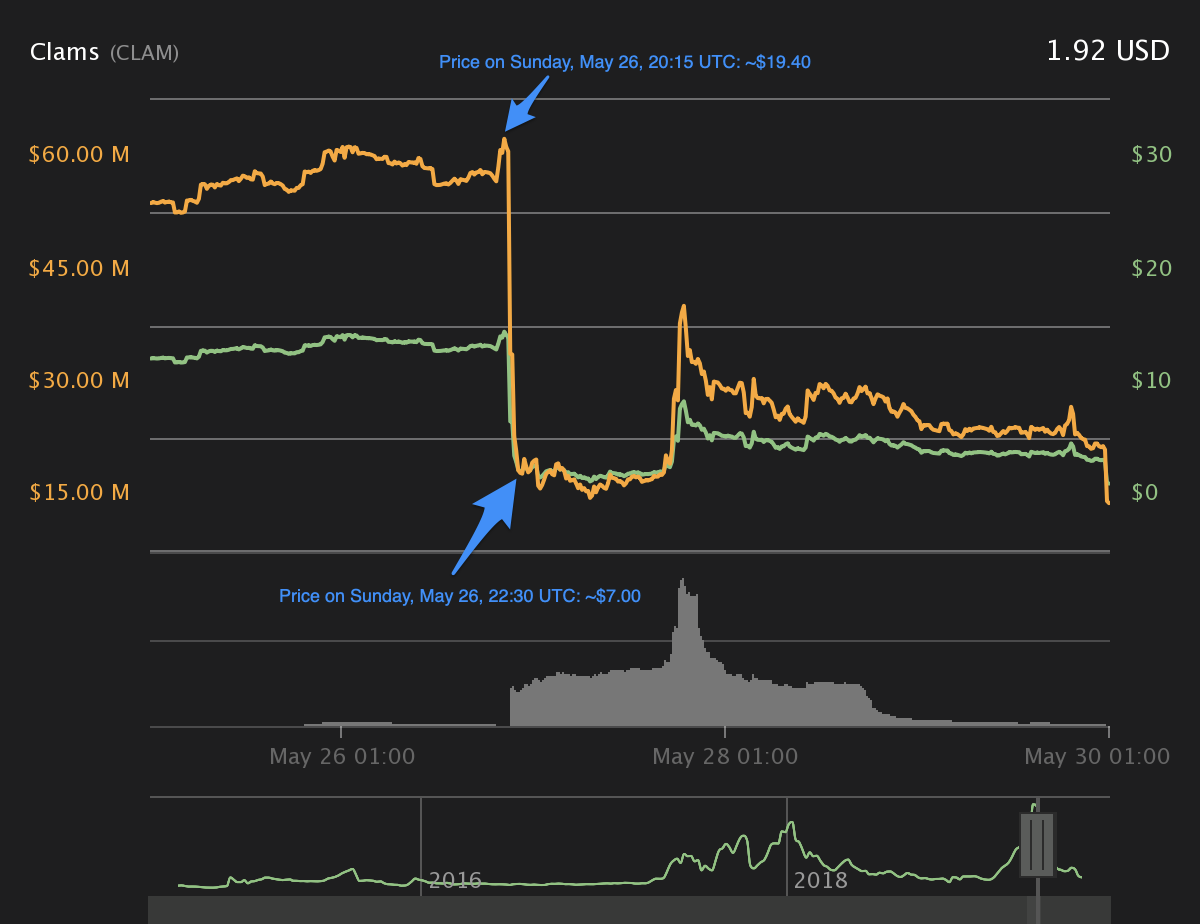 On May 26 at about 20:15 UTC, the price of CLAM had begun falling from around $19.40, and on the same day, just over two hours later, it fell by nearly 80%. This kind of event — during which the value of an asset dips sharply within a short period — is called a flash crash.

The given flash crash resulted in the loss of funds belonging to margin lenders, who typically placed a desired portion of their BTC up for margin traders to borrow in return for interest. Poloniex has a lending pool, in which it aggregates funds that lenders have put up to match the orders from margin traders.

The first step that Poloniex took was to freeze the accounts of the borrowers — margin traders — who defaulted until they return the owed amount. The exchange has also started removing CLAMS, along with three other tokens — BitAsset (BTS), Factom (FCT) and MaidSafeCoin (MAID) — from margin trading. The exchange also said its NICE/Actimize’s market surveillance tool, which launched on June 1, will help to monitor the market more efficiently by looking for similar flash crashes. Circle’s spokesperson went on to say in an email to Cointelegraph:

“It [the surveillance tool] is one of many new tools we have to help us respond immediately to potential problems in other margin markets, and it will help better protect our customers. In addition, we’ve added new procedures to monitor risk in margin markets, implemented new market protections to prevent major slippage and over-concentrated positions, added new staff to monitor risk, and removed margin trading for assets with low liquidity.”

A company spokesperson added that the trading holiday is only one of the steps the exchange is taking in its commitment to reimburse the impacted users:

How is Poloniex dealing with it?

Some users are displeased with how Poloniex generalized the loss, with some users claiming the exchange stole their funds because they didn’t have active margin loans on the day of the crash. In an email to Cointelegraph, a company spokesperson wrote:

“Based on an extensive analysis and deliberation, we came to the conclusion that given the way the Poloniex peer-to-peer (P2P) margin lending system works, the most responsible way to realize the loss was to generalize it proportionally across lenders. In this system, like other P2P margin lending systems, lenders do not choose individual borrowers. Most lenders and borrowers participate in the market consistently over time with loans turning over rapidly within the pool. At any given time, which lenders and borrowers have been matched is arbitrary.”

The exchange spokesperson added that the exchange attempted to rectify the issue right away:

David Silver, an attorney with a specialty in securities law, told the media that it’s illegal to socialize losses in the United States, and Poloniex could be attracting a legal battle as a result of its approach.

Despite the seemingly illegal status of the approach Poloniex took, it remains unseen how legal action would unfold. A case of socialized loss in margin trading is rather nonexistent in the traditional financial industry. In margin trading of traditional assets, the brokerage firm is the lender as opposed to retail investors in the crypto space.

Lending on Poloniex is essentially peer-to-peer in nature. This could add a new dimension to a potential legal battle because there are peer-to-peer lending regulations in many developed markets, including the U.S. However, the exchange states that it doesn’t offer margin trading to users in the U.S.

How have the affected traders reacted to Poloniex’s moves?

Cointelegraph has reached out to affected lenders on Reddit for their views on the moves the exchange is making to remedy the loss, and the consensus is that they’re unsatisfied. Please note, there is no confirmation if the respondents were indeed affected.

“If Poloniex were operating in any regulated financial space, they would not be allowed to get away with this. They are simply taking advantage of the fact that there are no regulations or standards for them to abide by set by the industry. Instead of keeping payback as a high priority, they have pretty much deemed it as the lowest priority and taken the minimum amount of steps to try and appease affected parties.”

“Poloniex socialized losses, that is unacceptable for any crypto exchange. I believe they keep hiding behind the fact that lending was only available for non-US citizen, therefore, it is very difficult for any of us to lawyer up.”

“Most lenders are hodlers. We don’t trade too often. Secondly after the haircut most of as withdrawn funds from Poloniex as we consider the exchange risky. So reimbursement equal to trading fees isn’t any reimbursement for us.”

Improving as time goes on

“Like other crypto exchanges, we don’t have an additional approval process. However, we offer a low degree of leverage compared to peer exchanges and many of our users who trade on margin on Poloniex are heavy traders that use margin primarily to hedge their trading positions.”

In traditional margin trading, refusing to meet a margin call could hurt the trader’s credit report, making it hard to access credit elsewhere. In some cases, the broker could trigger a universal default, which allows other lenders to raise the defaulter’s interest rate. These measures discourage margin borrowers from defaulting.

With a very minimal link with the traditional financial world, crypto margin trading doesn’t offer that level of security. Poloniex said it couldn’t go into detail on ongoing efforts to recover funds but says it is pursuing several avenues and is committed to recovering as much of the funds as possible.