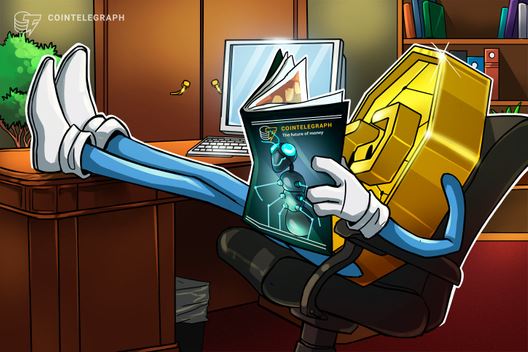 In this week’s news from Cointelegraph’s Spanish version: the CIO of Cresio talks about crypto’s future, a Monero developer refutes a Satoshi claimant and more.

As many of our readers probably know, Cointelegraph has a number of non-English branches, each covering news from different parts of the world.

In pursuit of the most complete and detailed picture of the global cryptocurrency industry, we present a series of weekly compilations of the freshest original articles from our colleagues, starting with Cointelegraph en Español.

Bitcoin will rise to six figures after the next halving, says Cresio CIO

On Aug. 22, Cointelegraph en Español spoke with Daniel Pons Ayala, founder and CIO of Cresio, a platform that allows users to operate on multiple crypto exchanges simultaneously using the same application. Ayala shared his perspective on the future of money and cryptocurrencies in Spain. He said:

“The cryptocurrency sector is in the state of adoption. And it shouldn’t be considered a bubble at all. From my point of view, it is the clear and necessary evolution of money as we know it today. I think it will have a great impact on society once it continues to spread globally and its use becomes widespread. This will undoubtedly mark a ‘before’ and ‘after’ in the economic and financial sector”.

The best games to win Bitcoin

What are the dynamics of video games that give BTC? Some time ago various developers realized that users were getting bored with simplistic ad-funded crypto gambling sites. This was understandable, as people didn’t want to spend hours sitting in front of an unchanging screen in exchange for a few cents.

Developers moved to make the games themselves more entertaining. They managed to make users stay longer, which implied a positive impact for any advertising campaign they deployed, while also getting users more engaged in the process.

This idea matured with time and gave birth to various video games — for tablets, smartphones and computers — where you can win Bitcoins by playing and having fun. Most of these games are funded by advertising, so there is no up-front fee or buy-in.

What is a Bitcoin faucet?

Prior to the rise of Bitcoin games, there was another kind of cryptocurrency-based entertainment — crypto faucets. They have been on everyone’s mind for some time now, but what are they? Could they really give you Bitcoins or are they designed just to steal yours? Is it actually possible to earn Bitcoins on faucets? Our Spanish colleagues answered these and many other questions in the article.

Who doesn’t like free samples of food in a supermarket? Those chunks of ham on a toothpick or shot glasses of gourmet coffee bring their bit of joy to an average shopping day.

Instead of getting free food, the idea is that we receive free cryptocurrencies. But why would someone give away an asset that is constantly being revalued over time? This is where Bitcoin faucets come into play, and our Spanish colleagues explained how they work.

This week digital marketing and PR agency Ivy McLemore & Associates announced that it had signed a partnership with a company named “Satoshi Nakamoto Renaissance Holdings” and would reveal the true identity of Satoshi Nakamoto by proving his ownership of 980,000 Bitcoins, eventually naming Bilal Khalid as the creator of Bitcoin.

In turn, Riccardo Spagni, a developer at Monero, rejected the proposed Satoshi. Spagni tracked down numerous inconsistencies in Khalid’s story, including the distortion of the relationship between the domain name of Khalid’s Blue Chip International (BCCI) and Bitcoin.