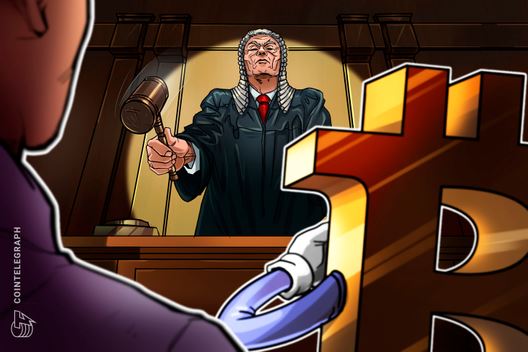 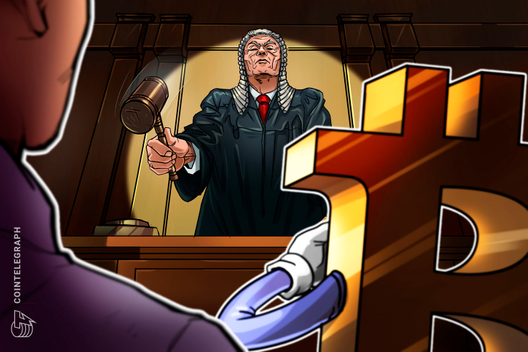 After 1.5 years of investigation, Coinbase is found guilty not of fraud but of negligence. But the case is not completely over just yet…

Cryptocurrency exchange Coinbase, launched in 2012, is considered to be one of the largest exchanges operating in the United States — and the most trusted. However, an alleged wrongdoing back in December 2017, caused a long court procedure, the outcome of which is still vague and uncertain.

It’s all fun and games until a hard fork

On March 1, 2018, an Arizona citizen and trader named Jeffrey Berk filed a lawsuit in the Northern District Court of California on behalf of exchange users who found themselves in a similar situation, accusing Coinbase of sharing misleading information and — most importantly — insider trading, both of which allegedly resulted in mass losses of funds.

It started when the Bitcoin community was about to split the chain. At the end of July 2017, right before the hard fork, Coinbase declared that it would not support the new coin — i.e., Bitcoin Cash (BCH) — since it was hard to predict for how long it would survive and what its market value would be in the future.

A hard fork is an update to a blockchain performed in order to improve it, get rid of bugs that could have popped up, or to add new features. Eventually, the chain splits in two, and a new cryptocurrency appears. This is what happened to Bitcoin, the first and the largest cryptocurrency that was introduced in 2008 “as a response to the financial crisis.” And so, in mid-2017, Bitcoin Cash was born.

Coinbase made several confusing statements about adding Bitcoin Cash to its platform, which eventually led the company to court. Following the declared policy toward the hard fork, Coinbase advised its users to withdraw their Bitcoin from the exchange before the split if they wanted to trade BCH because withdrawals would not be possible after the hard fork. However, in August, the exchange announced that users would be allowed to withdraw their BCH, but not earlier than Jan. 1 of the next year.

The reason for this was that, “in order to safely and securely access bitcoin cash, Coinbase would need to undertake a process of designing and testing significant changes to our systems — including hot and cold storage,” according to a now-delete tweet from Coinbase that was quoted in the lawsuit. At that time, the platform still did not intend to support the new coin, as the court document stated, “Coinbase had announced its intention that customers benefit to the extent possible from hard forks.”

Yet, soon after the hard fork, Coinbase’s director of communications, David Farmer, wrote in a blog post that Coinbase would eventually add BCH, as it had considered customer demand, the network’s security and other factors — but again, not until Jan. 1, 2018. Nonetheless, Coinbase changed the schedule and decided to add the currency on Dec. 19, but the exchange failed to give its customers any advanced notice, while employees were informed that the currency would be added to the exchange earlier than planned, according to the lawsuit.

A trap for traders

Coinbase unexpectedly opened its books for buying and selling Bitcoin Cash just minutes after announcing it. According to the lawsuit, Coinbase is not denying that certain people were tipped off in advance. This means that the situation, which came suddenly for everybody else, was especially beneficial for the insiders.

The lucky traders obtained BCH for fair prices and thus thinned the liquidity, leading to rapid artificial inflation. After a short period of time, within which insiders were able to sell their funds, the exchange stopped all BCH trading, leaving all the other customers with nothing but confusion. The next day, Coinbase repeated the same sequence of actions.

According to the lawsuit, the plaintiff (i.e., Berk) attempted to purchase BCH five minutes after the announcement, but his orders were not executed until about 20 hours later. The next day, Berk found out that his order was finally executed and that he had purchased BCH at the inflated price of $4,200.98 per BCH, which was 100% more than the price at which he placed his buy order.

Negligence rather than fraud and unfair competition

In a blog post, CEO of Coinbase Brian Armstrong stressed that “all Coinbase employees and contractors were explicitly prohibited from trading Bitcoin Cash” and also that the disclosure of nonpublic information was not allowed. However, seeing the price fluctuation, Armstrong claimed that an internal investigation would be carried out. “If we find evidence of any employee or contractor violating our policies — directly or indirectly — I will not hesitate to terminate the employee immediately and take appropriate legal action,” Armstrong wrote in the same blog post. To date, neither Armstrong nor Coinbase has disclosed the results of the investigation.

As Cointelegraph has described, the actions of Coinbase have not yet been determined to be fraudulent. U.S. District Court Judge Vince Chhabria concluded:

“The complaint does not sufficiently explain how the launch manipulated the market for Bitcoin Cash or for Bitcoin. Nor does it plausibly or coherently describe Coinbase and Armstrong’s motive to manipulate the prices.”

The judge granted the defendants’ motion to dismiss the claim of fraud as well as the claimed violation of California’s Unfair Competition Law, which means that the case will now move forward as a negligence lawsuit.

We are in the midst of discovery

On Aug. 9, the court published a stipulation postponing the deadline for Coinbase to answer to the complaint. In an email to Cointelegraph, Lynda Grant, who represents the plaintiff in the case, explained:

“Defendants are now required to make a filing responding to the allegations of the complaint that was filed last year. They need to respond to those allegations by admitting, denying or indicating that they do not have sufficient information to respond to them. They are also required to assert certain affirmative defenses that they may have to the claims.  We are very early in the case, and expect many more hearings and orders.”

With regard to the potential outcome, Grant emphasized that the plaintiff is currently continuing to fight the case but that the outcome is not clear-cut:

“It is too early to know what the outcome of a trial would be. We are currently in the midst of discovery and have pleaded enough even at this point to have sufficiently pled a negligence claim. In a trial of the action, a court or a jury could find negligence on Coinbases’ behalf, and we believe that it will, but it is too early in the case to make a prediction. We believe that the victims, or class members here should eventually receive compensation for their damages.”

Better times are yet to come?

To sum up the judge’s latest statement: Coinbase was incompetent, but it was not maliciously incompetent. Keeping this in mind, class members could still expect the exchange to compensate for their damages, although the trial has not happened yet.

The exchange failed to maintain a functional marketplace and thus financially injured its customers, which makes Coinbase blameworthy in the eyes of many. Liquidity and market capitalization needed for effective trading might have been ensured if Coinbase announced the BCH launch an hour in advance. Neglecting such precautions, the exchange should have expected serious consequences. As for the platform’s future, Grant believes that Coinbase “should institute greater protections in the event of a fork and to ensure that its public statements are accurate.”