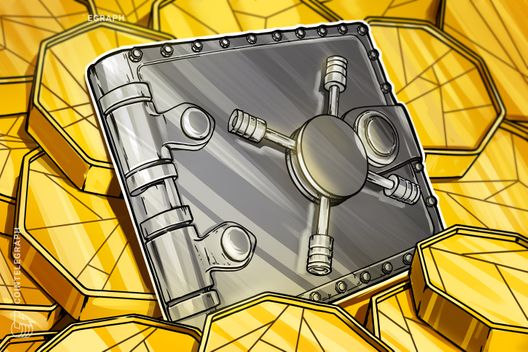 Overstock’s tZero has began allowing investors to choose where to put their security tokens.

The security token exchange subsidiary of e-commerce retail giant Overstock, tZero, has started releasing control of its tokens, according to a letter to investors released on Jan. 11.

Last August, the subsidiary had announced that its security token offering would close, having raised $134 million out of the maximum amount of $250 million previously specified. In June 2018, tZero had also signed a letter of with investment company GSR Capital for the purchase of $160 million in tZero Security Tokens.

According to tZero CEO Saum Noursalehi’s letter, investors now have the option of choosing where to hold their security tokens, either by creating a brokerage account with Dinosaur Financial Group, a tZero partner and broker dealer, or holding them in a person wallet with a two-step verification system. He wrote:

“As you are aware, on October 12, 2018 we completed the issuance of the tZero security tokens. The tokens have been locked up in wallets maintained by tZero on behalf of our token holders for 90 days following the issuance. Now that the three-month lock-up period has concluded, you must decide where to hold your security tokens.”

The letter also noted that tZero investors should “look out for another tZero update regarding the commencement of security token trading,” as the time-frame for the live trading of the security token on its platform has not yet been clarified.

The security token exchange had initially announced its trading platform prototype in April, with the aim to create a way to trade security tokens with such features as risk management software, order management system and matching engine.

In early January of this year, tZero received a patent application for a crypto integration platform for trading digital assets, outlining a system that would be able to receive orders to trade securities, tokens, digital shares, cash equivalents and digital assets from broker-dealers and then translate the orders into crypto orders on a digital exchange.