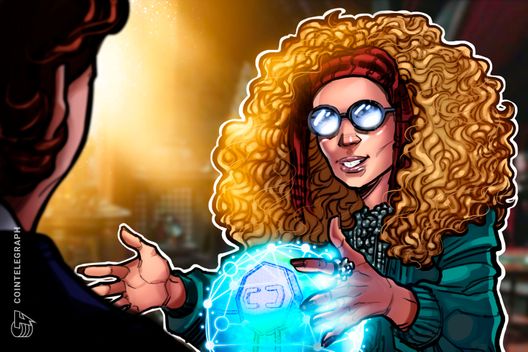 The most noticeable 2018 predictions on cryptocurrency rates, blockchain adoption and a Bitcoin ETF, which either became a reality or failed.

The world of cryptocurrencies is full of prophets and predictions of all ranges, just as any other financial market in the world. 2018 jumped right in with Bitcoin (BTC) hovering around $15,000 and investors being far too optimistic about the future of digital currencies. Some of the premonitions — especially related to BTC’s price by the end of the year — never came true, but many turned out to be quite realistic. Let’s take a look back at all of those hopes and fears.

Seems that one of the world’s major crypto bulls, co-founder and head of research at Fundstrat Global Advisors Tom Lee, has had some bad luck predicting possible BTC rates. His main prophecy of the coin reaching $25,000 by the end of 2018, which he first expressed in January and then reiterated several times throughout the year, looks unlikely — as of December 2018, to say the least.

Lee himself admitted his stance was a mistake, first lowering the end-year mark to $15,000 and finally refusing to give any comments on the price of BTC:

“We are tired of people asking us about target prices. Because of the inherent volatility in crypto, we will cease to provide any timeframes for the realization of fair value.”

However, Lee still believes that the fair value of BTC is much higher than its current price. 2019 is almost here to prove whether Fundstrat’s co-founder is right.

Mike Novogratz, an ex-Goldman Sachs partner and founder of crypto merchant bank Galaxy Digital, was quite accurate in his 2018 predictions. In mid-December, after a significant market decline dubbed the “crypto winter,” he said that BTC’s price would not sink more, staying somewhere between $3,000 and $6,000, and he turned out to be right.

But his optimism toward institutional players entering the crypto industry was seemingly premature. “I think Q1 [or] Q2 [2019] if the institutions start coming in, we’ll put in new highs,” he said in October. Still, Bloomberg’s most recent report states that Wall Street’s dreams of crypto are now in a state of limbo, as the value of cryptocurrencies has fallen. The insiders told Bloomberg that financial giants — such as Goldman Sachs, Morgan Stanley, and Citigroup — actually gave up their plans until a time when demand is higher.

Bloomberg: BTC is heading toward $1.5K

In fact, Bloomberg’s analysts themselves are prone to making mistakes when it comes to predictions. Just a few weeks ago, shortly after the first signs of the steep market drop, the media stated that BTC was heading toward the $1,500 mark, which would mean a 70 percent drop in the coin’s price. Well, the year is not yet over, but this forecast doesn’t seem realistic.

At least they get points for saying that “Bitcoin’s no longer boring.”

George Friedman, a geopolitical analyst for the online publication Geopolitical Futures, said in an interview back in June that blockchain technology would one day become obsolete, stating that the technology is just another fad.

While Friedman did not specify the time span he was talking about, as of late 2018, blockchain is very far from being outdated. The mass adoption is no longer a vain fantasy, as governments around the globe keep testing blockchain in different areas. Even China, which has continued to impose a strict ban on initial coin offerings (ICO) and domestic crypto exchanges, acknowledges the advantages of decentralized technology and has its own blockchain pilot zone.

It seems like the aging of blockchain in 2018 is more like a dystopian science fiction story rather than reality.

An old-but-gold, unrealistic prediction by John McAfee, a cybersecurity legend and renown crypto enthusiast, was made in 2017, but is still relevant due to his extraordinary promise. Back then, McAfee promised that he would “eat my d— on national television” if BTC failed to move above $500,000 mark by 2020.

As 2018 is almost over, there’s only one year left for McAfee not to split up with his manly parts. However, the cybersecurity pioneer’s spirit is still strong. He even raised the bar to $1 million and mocked his own bet in a recent Twitter post, claiming that — in the worst case — he would “probably subcontract the task to a relay team of Bangkok prostitutes.” Well, all there is to do now is wait and see what happens.

Ari Paul: BTC and BCH will have more hard forks

Ari Paul, the co-founder of the large-scale cryptocurrency hedge fund Block Tower, made a set of forecasts on his Twitter at the very beginning of 2018. Some of them were a bit precipitate, but Paul managed to predict Bitcoin Cash (BCH) hard fork. The entrepreneur then wrote:

“Both BTC and BCH will continue to hard fork and >10% of the value of each (if held today) will reside in new offshoots.”

Another BTC split has not yet happened, but the BCH hard fork took place in November and resulted in a hash war and massive split for the coin, which practically divided into BCH ABC and BCH SV.

Almost six months before the “crypto winter,” when most of the enthusiasts still maintained high-rate forecasts, Todd Gordon from TradingAnalysis.com clearly predicted Bitcoin’s drop to $4,000. Moreover, the coin has recently even dipped below $3,500.

However, the second part of his prediction is still unclear. Will Bitcoin recover in 2019 and surpass the $10,000 mark yet again? Only time will tell.

Reggie Brown, a senior managing director and head of exchange-traded funds (ETFs)  traded at the financial services firm Cantor Fitzgerald, is hailed as the “Godfather of ETFs.” In November, he claimed a BTC ETF will not be certified anytime soon, and was practically right.

His forecast was soon approved by a commissioner of the United States Securities and Exchange Commission (SEC). In December, Hester Peirce, dubbed the “Crypto Mom” by the crypto community for her pro-crypto statements, urged the community not to hold its breath waiting for a BTC ETF:

“Definitely possible could be 20 years from now or it could be tomorrow. Don’t hold your breath. The SEC took a long time to [establish] Finhub. It might take even longer to approve an exchange-traded product.”

Former JPMorgan Chase executive Blythe Masters predicted in October that a double- to possibly a triple-digit number of blockchain projects would soon increase the efficiency of commodity markets.

It might be tens rather than hundreds so far, but several recent blockchain projects in agriculture and oil industries prove that her statement is pretty relevant. For instance, the world’s four largest agriculture companies — known together as ABCD — are integrating blockchain for automating grain and oilseed post-trade execution processes. And major oil companies — such as BP, Shell and Equinor — have united with large banks and trading houses to launch a blockchain-driven platform called Vakt for energy commodity trading.

In June, Chris Concannon, the president of CBOE Global Markets, said that class-action lawsuits would overwhelm the companies behind ICO projects. He also urged ICO investors to keep their hands on the pulse of the future regulatory reckoning.

Several months after his claim, his words were backed up by the SEC. In November, the U.S. regulator imposed its first civil penalties against two ICOs, solely over their failure to register their token sales. One does not have to search very far to see that this battle has only started.

The last, but not least prediction has just been made by Ethereum co-founder Joseph Lubin, who has recently claimed that the price bottom has been left behind, adding the icing on the cake in another tweet dedicated to scalability issues:

“The sky is not falling. From my perspective the future looks very bright.”

This claim, however, is yet to be proven. 2019 has 365 days ahead to surprise the crypto industry and mere spectators alike.