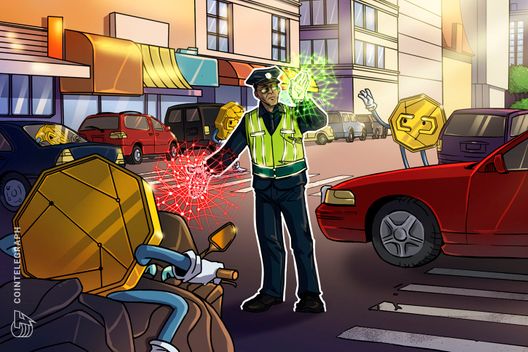 With more influential voices in academia and politics speaking out against burdensome federal regulations, is change imminent?

Individual US states seem to be in competition for the title of the most crypto-friendly in the Union – Ohio’s recent announcement of imminent crypto tax payments being the latest example. Meanwhile, federal authorities remain in disarray with regard to how to define, let alone consistently regulate digital assets.

It is not just stakeholders and crypto buffs who bemoan the disorderly state of federal policies: their usual talking points have been recently validated by academics. In an article forthcoming in a Journal of Financial Transformation, University of Arkansas Law School professor Carol Goforth weighed in with an opinion that essentially summarizes what experts have been airing all along. Goforth notes that there are at least four distinct federal regulators that oversee various aspects of digital assets’ issuance and, each with a different interpretation of their nature.

Skeptical of the possibility that these regulatory powers get consolidated anytime soon, Prof. Goforth calls for increased coordination between the agencies in an effort to introduce a more nuanced, rather than ‘monolithic,’ approach to various crypto assets. In other words, her proposed remedy is to treat such assets on a case-by-case basis, contingent upon their functionality and their users’ motivations. But have there been any signs of such change of heart in the US regulators and policymakers as of late?

At least in one instance, yes. On December 11, CFTC issued a public request for input, seeking in-depth comments on multiple aspects of how Ether and the Ethereum Network operate. The document, which will generate feedback to fuel the work of the Commission’s LabCFTC initiative, includes a list of 25 items pertinent to Ethereum’s purpose, functionality, scalability, security, and even the details of the system’s imminent shift to proof-of-stake consensus mechanism.

While the news got the community agitated, it’s not immediately clear what will come out of the regulator’s renewed interest in Ethereum’s fundamentals. Some observers, like MIT Technology Review’s Mike Orcutt, suggested that the development might endanger the prospects of the long-anticipated ETH futures.

What appears to be the CFTC’s effort to rethink the status of a single asset might not be indicative of broader concerted push towards “a more nuanced approach.” Other US regulators haven’t made similar moves, while some produced signals are indicating that they are still very much in line with the good old catch-all approach. For instance, consonant with their usual trope, recent remarks by a Department of the Treasury official stressed the need for crypto industry players to strengthen anti-money laundering (AML) and Combating the Financing of Terrorism (CFT) infrastructure.

There is always hope that legislators on the Capitol Hill will lead the charge towards a better regulatory framework. Indeed, in the last few weeks, the blockchain-minded members of Congress have been on the move, making waves in the media and announcing proposed bills.

Both include recommendations to the CFTC that prescribe a set of regulatory changes. The first bill outlines possible scenarios of price manipulation in the crypto markets and advances remedies, whereas the second one calls for a comparative study of regulatory arrangements in other national contexts, with the view to improve the current domestic ‘burdensome regulations that may inhibit innovation.’

The last few weeks have also seen the rise of a new star of crypto legislation, at least in terms of generated publicity. Even though not a formal member of the Congressional Blockchain Caucus, Representative Warren Davidson of Ohio came into the spotlight at least twice in the month of December so far. First, speaking at the Blockland Solutions conference in Cleveland, Davidson announced that he was planning to introduce a bipartisan bill that would create a new asset class for tokens, thus enabling the feds to regulate initial coin offerings (ICOs) more efficiently.

A week later, during an interview to NPR, Davidson said that the border wall between the US and Mexico could be crowdfunded, suggesting that one of the mechanisms for that could be blockchain and issuance of ‘wall coins.’

While financial regulators and lawmakers are taking time to figure out ways to better handle the realm of digital assets, many federal agencies that are not concerned with monetary matters are exploring the uses of blockchain technology to aid their day-to-day operations.

With increasing interest to supply chain logistics as one of the most widely discussed non-financial blockchain applications, the news emerged that the feds are eyeing DLT-powered provenance tracing tools to increase food safety.

Amid the outbreak of E. coli associated with romaine lettuce originating from a California farm that took a while to trace and had the authorities introduce a blanket warning, the US Food and Drug Administration (FDA) took steps towards improving its tracking tools. The agency hired Frank Yiannas, formerly Walmart’s food safety boss, as its foods and veterinary medicine deputy commissioner. Just a few months ago Yiannas oversaw first trials of Walmart’s blockchain-powered tracking system, and he is now expected to introduce a similar solution with the FDA.

The United States Department of Homeland Security (DHS) took an interest in two blockchain applications relevant to the scope of its activities. One is related to forensic analysis of transactions: apparently concerned about the potential of ‘privacy coins’ like Monero and Zcash to help criminals escape the same level of scrutiny that is already available for bitcoin transactions, the DHS kicked off pre-solicitation process for parties potentially interested in supplying solutions capable of dealing with such “newer blockchain implementations.”

Another matter of the agency’s interest is germane to the licensing and certification functions performed by its three subsidiaries: the US Customs and Border Protection (CBP), US Citizenship and Immigration Services (USCIS), and Transportation Security Administration (TSA). In an effort to improve the documentation flow, the DHS calls for startups to offer blockchain-powered solutions that will help combat fraud, counterfeiting, and forgery of digital documents.

In the defense field, the US Air Force Institute of Technology (AFIT) unveiled an app designed to train members of the armed forces to develop and run blockchain-based supply-chain solutions. Recognizing that such supply chains will most likely be prevalent in the future military logistics, the Air Force partnered with several private contractors to build a system preparing personnel for their new functionality. Among the decisions that they will learn to make is what incentive structure best suits a given task, or whether a system should be permissionless or permissioned.

Meanwhile, the research arm of the US military, the Defense Advanced Research Projects Agency (DARPA), is looking to explore potential uses of permissionless distributed ledgers. In preparation for a workshop scheduled for February 2019, the agency solicits information on a range of blockchain-related topics, including security and centrality of distributed consensus protocols.