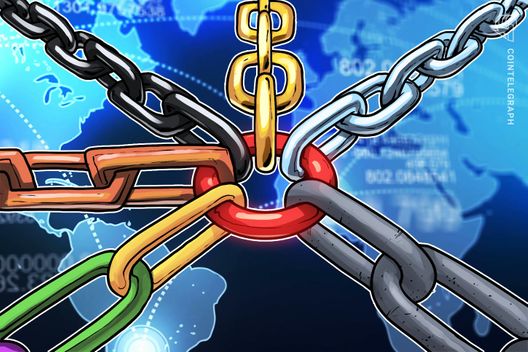 A new, scalable blockchain-type network led by a Turing Award recipient and other academics has sealed $35 million in funding.

A new blockchain-type network led by a Turing Award recipient and other academics has sealed $35 million in funding from big-name investors that include Sequoia Capital. The funding was reported by Fortune’s crypto-focused news section The Ledger on Dec. 4.

The network, dubbed “Conflux,” has been designed to tackle what is perceived to be blockchain’s biggest hurdle — scalability — proclaiming its new testnet to be capable of processing ”at least 6,500 Transactions Per Second (TPS), while supporting at least 20,000 nodes.”

Alongside Sequoia, Conflux has reportedly received support from a host of high-profile tech and venture capital firms that include IMO Ventures, FreesFund, Rong 360, Shunwei Capital, F2Pool, and major crypto exchange Huobi. In addition, Fortune cites “a source close to Conflux” as revealing that an unnamed “prominent” Chinese internet search company has backed the venture.

Fellow co-founder Fan Long, a professor at the University of Toronto, told Fortune that:

“Conflux’s main idea is how to make the whole blockchain scalable. We’ve changed the structure of the blockchain so that it’s no longer a chain in the sense that it records each block based on what its parent block says […] Contrary to popular belief, true decentralization isn’t sacrificed to increase throughput.”

The “main idea” entails using a directed acyclic graph (DAG): different from a blockchain in that it entails a topologically ordered system in which different types of transactions run on different chains in the network simultaneously. In the crypto and blockchain space, the protocol is notably already in use as the basis of the IOTA Foundation’s Tangle architecture.

Conflux combines DAG with a proof-of-work (PoW) consensus algorithm, and also allows network users to run smart contracts and decentralized applications (DApps) on the network. Long told Fortune that running smart contracts and DApps on a scalable, high-throughput protocol will enable both to gain traction beyond the Initial Coin Offering (ICO) space, and to extend to the finance and insurance sectors.

According to Long, the Foundation will release its testnet by the end of February 2019, and its main network by 3Q 2019.

While the scalability issue continues to be avidly discussed in the blockchain community, a recent study by the leading global post-trade financial services firm Depository Trust & Clearing Corporation (DTCC) found that distributed ledger technologies (DLT) such as blockchain are in fact scalable enough to support daily trade volumes of the U.S. equity market.