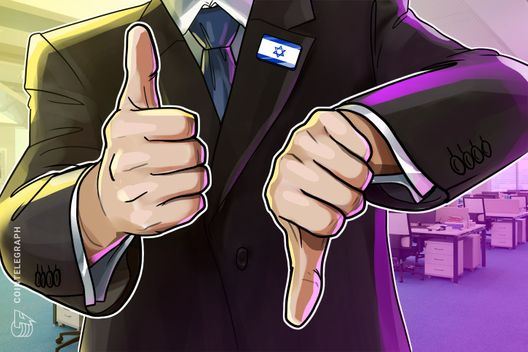 Barak had participated in the Camp David Accords in 2000 as part of an attempt to solve the Israeli-Palestinian conflict, and now serves as the chairman of medical marijuana producer InterCure.

Speaking an event hosted by Israeli financial outlet Globes in Tel-Aviv this Sunday, Barak fielded a question comparing the alleged marijuana investment “bubble” to crypto by underlining that “he would never invest” in cryptocurrencies as “Bitcoin and cryptocurrencies [are] a Ponzi scheme.”

“Anyone who has patience and understands the depth of blockchain will find many uses, from holding sensitive medical information to smart contracts.”

Earlier this year, the Bank of Finland, the country’s central bank, had published a study calling cryptocurrencies not real currencies but instead “accounting systems for non-existent assets,” Cointelegraph wrote Jul. 2.

Back this fall, Israel’s central bank had also announced that it did not intend to issue its own digital currencies. A similar negation has been expressed by Masayoshi Amamiya, the deputy governor of the Bank of Japan (BOJ), who has doubted in the effectiveness of central bank-issued digital currencies (CBDC).