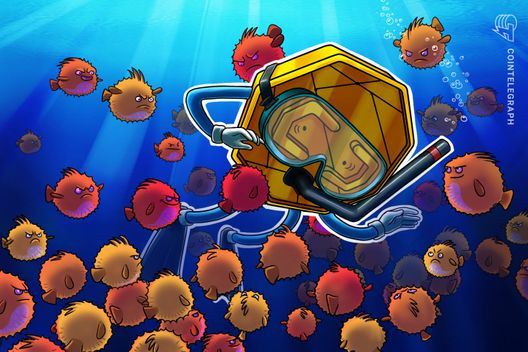 The blacklisting was accidental, the company says.

Cointelegraph has reached out to Bitly, and learned that the links “had been inadvertently blocked,” while the company has reportedly resolved the issue. Nevertheless, crypto-related bans still exist in mainstream media.

‘Why are you blocking links to cryptocurrency sites?’

Antonopoulos, author of several well-known guides to cryptocurrencies, including “Mastering Bitcoin”, called out Bitly on Twitter, revealing details of the block. The company allegedly blacklisted over 200 links featured in “Mastering Ethereum,” Antonopoulos’ new book, due for publication in around four weeks.

“Why are you blocking http://bit.ly links to crypto-currency [sic] sites?” he asked, adding:

“I’m about to publish my fourth book and it has about 200 http://bit.ly links in it. If you are going to block links, I will need to remove all 200 and replace them with a competitor[.]”

Responding to his tweet, user Wagner Santana, enclosed a screenshot of what seemed as Bitly blacklisting a blockchain.info link which had been “identified as being potentially problematic by the service.”

Overall, commentators were quick to come to Antonopoulos’ defence, calling for a move away from “centralized” link shorteners, adding:

“Not your keys, not your Bitcoin? Not your (shortener), not your link.”

On November 5, Bitly did reply to Antonopoulos’ tweet, claiming that the links were “inadvertently blocked,” and that “the issue was resolved over the weekend.”

“They all should be working now,” the company added.

In response to the Bitly’s explanation, Antonopoulos requested more details regarding the block. Specifically, the “Mastering Bitcoin” author asked the URL shortening service whether the block was triggered by “too many redirects”, third-party reports or a “poorly curated blacklist”, adding:

“What assures me (and the rest of the crypto-currency community) that this won’t happen again? What steps have been taken to ensure it doesn’t?”

The company had left those questions unanswered by press time. However, in a separate tweet, it mentioned that  “no particular filter triggered in this situation.”

A Bitly representative informed Cointelegraph over email that the blacklisting happened accidentally, due to internal security systems, while that the company does not specifically target cryptocurrency sites:

“Recently, we became aware that one of author Andreas M. Antonopoulos’ links had been inadvertently blocked. On occasion, as in this case, our security systems generate false positives. Bitly does not categorically block cryptocurrency sites. Once we were alerted to the issue we unblocked the domain.”

Over the past months, both Facebook and Google have reversed their crypto bans, which were originally introduced earlier this year, mainly due to “deceptive promotional practices” among cryptocurrencies and initial coin offering (ICOs) ads.

Therefore, on September 25, U.S. tech giant Google announced that starting in October, it will allow registered cryptocurrency exchanges to advertise on its Google Adwords platform, targeting the U.S. and Japanese audiences.

Facebook, in turn, reversed its ad ban for pre-approved cryptocurrency firms back in June, but maintained the ban on ICO advertisement.

Still, the stigma attached to crypto-related business continues to reappear in mainstream social media, although the Bitly incident has turned out to be a misunderstanding — just a few days ago, for instance, Apple reportedly took down a popular crypto podcast.

The “Off the Chain” podcast was hosted by Morgan Creek Digital partner and crypto analyst Anthony “Pomp” Pompliano, and had apparently been “mysteriously” removed from the U.S. iTunes store on November 5, after allegedly soaring to fourth place for podcasts in the “investing” category. Pompliano tweeted:

“Last week we released a podcast discussing the ultimate argument for Bitcoin. It exploded & ranked #4 in U.S. investing category before mysteriously being taken down by @Apple. We had no warning. We don’t know why. They took down our podcast, but they can’t take down Bitcoin!”