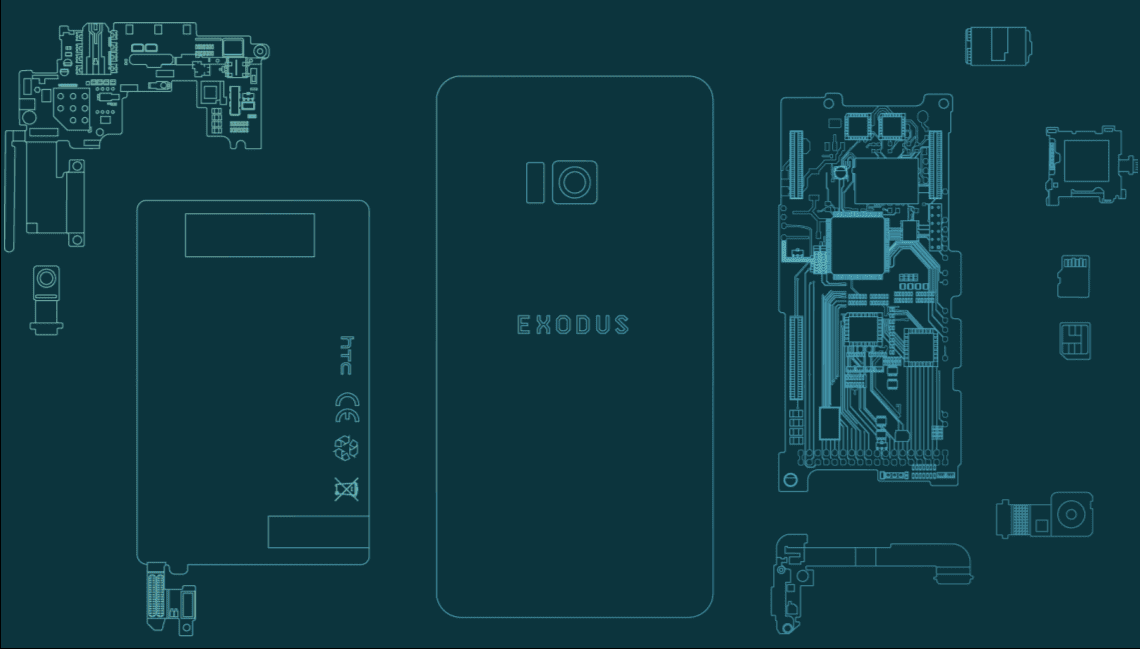 Security and privacy are core features of the new device; it features HTC’s own Zion cryptocurrency wallet, serving as a “secure enclave” separate from its Android operating system for the storage of digital currency.

Phil Chen, HTC’s decentralized chief officer described Zion to CNBC as akin to a “micro OS that runs in parallel with Android”, which holds users’ private keys used to access their crypto funds.

The marriage of Android and Zion inside the device is an interesting one. Explaining the need for a separate wallet, Chen commented that Google’s operating system is “fundamentally insecure” and vulnerable to attack as a centralised system.

He also said that Google itself and other “dominant” ad techs “basically own all our data”, adding that a blockchain phone with secure key storage is the first step in “owning your own digital identity”.

On announcing the handset in a Medium post in May this year, Chen took a similar tone; “I want to see a world where the end consumers can truly own their data (browsing history, identity, assets, wallets, emails, messaging, etc) without the need for central authorities.

“There is a lot of work ahead of us, but I believe the mobile hardware layer can contribute significantly to our new decentralised world.”

The Exodus 1 will also run decentralised applications (dApps), which will also benefit from the handset’s additional security layer, and provide “Social Key Recovery”, letting users regain access if they lose their private key via a select number of trusted contacts.

It also includes some rather more ‘traditional’ features, including a 16MP dual main camera and 8MP front camera with 4K video; a six-inch display with quad-HD+ resolution; a Qualcomm Snapdragon 845 processor and six GB of RAM and 128GB of storage.

In making the phone available to buy with cryptocurrency only, Chen said it brings the Exodus directly to its core market in the blockchain community.

The post HTC launches blockchain-based Exodus 1 phone for crypto buyers only appeared first on The Block.