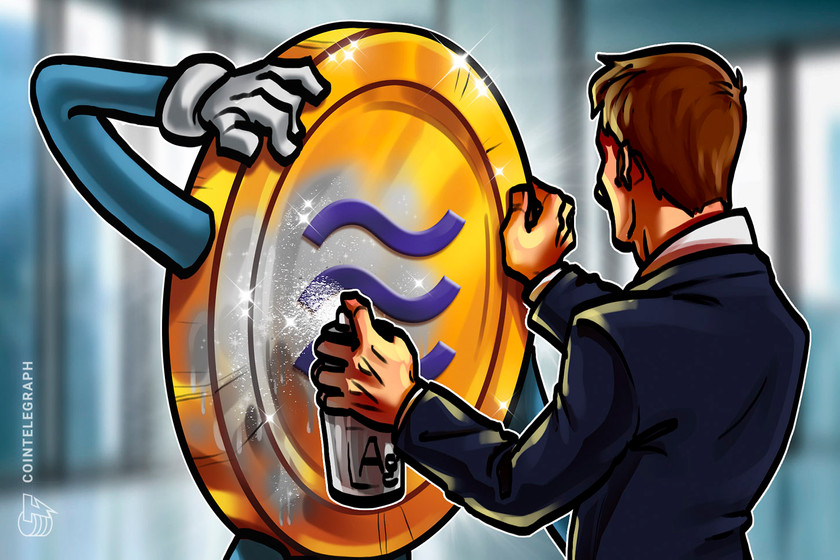 The Diem Association’s rebrand from Libra was supposed to herald a new day for the project, but a touted 2021 launch may not go as planned.

Facebook-backed Libra Association’s rebrand to Diem looked to quash negative perceptions of the project, but its new name has not changed the regulatory pressures the project still faces.

It has been 18 months since Facebook announced that it was looking to launch its very own payments system project that would plug into its social media platforms. Interest in the Libra project quickly turned to scrutiny, especially from regulators, financial institutions, central banks and major governments.

Facebook faced intense pressure from the United States Senate and even more from the House Financial Services Committee over its plans to launch the Libra project, given that its social media platform is used by a considerable portion of the world’s population. There were understandable fears that the sheer number of people that would have access to the Libra platform would have an effect on conventional financial and payment systems.

As the pressure mounted on Libra, it had to address a number of concerns from detractors and continued to kick its launch date further and further down the road. Nevertheless, the development of the platform, built on blockchain infrastructure, continued behind the scenes.

Toward the end of 2020, a report surfaced claiming that the Libra project would finally launch in early 2021. The report outlines that its native token would be pegged to the U.S. dollar but would inevitably serve as a stablecoin pegged to individual fiat tokens as opposed to the original plan that involved a basket of tokens.

Then, early in December, the Libra Association officially announced that it would be rebranding to the Diem Association — the word diem meaning “day” in Latin. The reasoning behind the move was to escape out from under the regulatory cloud that has hung over the Libra project since it first came into the public domain. In the announcement, Diem Association CEO Stuart Levey said that the change signaled a “new day” for the project, which still hopes to provide an innovative platform for billions of people to transact with each other.

Novi, the digital wallet that is set to integrate with the Diem payment system, also went through a rebrand earlier this year. A representative told Cointelegraph in May that Novi had received the necessary licensing and approval to launch and is expected to be integrated into Facebook Messenger and WhatsApp.

The positive publicity surrounding the Diem Association’s rebrand was fairly short-lived, as news broke of a potential legal battle with a fintech startup based in the United Kingdom that already operates under the name Diem. An October article published by Forbes highlights that this other Diem application had already launched. The platform is an online pawn service that allows users to liquidate physical assets into cash.

Essentially, the U.K.-based Diem purchases a user’s assets and credits their online account instantly, offering a cash-for-assets service that doesn’t require an actual bidder for a sale. It also offers a physical debit card linked to the user’s digital account. The project is still in its infancy and was only in a beta testing phase just a couple of months ago. Nevertheless, its leadership intends to protect its brand identity, following the advice of legal experts.

Dean Steinbeck, a corporate lawyer in the U.S., told Cointelegraph that the primary purpose of trademark law is to protect consumers from being unsure of the source of the products and services they consume, further adding:

Steinbeck then highlighted the fact that things are far more complicated when it comes to international trademark law. This is due to the fact that trademark protection is based on consumer protection, which is limited to the geographic region where that trademark is used and recognized by its consumers: “It’s unclear how related Facebook’s stablecoin is to Diem’s ‘digital pawnbroker’ platform. My guess is not very.” Therefore, users are unlikely to confuse the two products.

Steinbeck further stated that while the U.K.-based Diem might be crying foul about Libra stealing its name, the truth of the situation is far more nuanced and complicated: “My guess is that Diem will use this publicity to gain users and receive a settlement from Facebook.” But that may prove to be an impossible task due to the vast resources that Facebook possesses.

With that said, Steinbeck also conceded that the U.K.-based Diem can easily prove that it used the trademark first due to the fact that it has been operational for some time and has users on its platform. The Diem Association, on the other hand, has not yet launched its offering, so it’s fairly clear that the other Diem was the first to use the trademark in Europe.

Facebook executive says Diem deserves the “benefit of the doubt”

While it’s still not clear if and when the Diem Association will face a legal challenge from the similarly named U.K. company, it’s full steam ahead, with 2021 looming on the horizon. On Dec. 8, during the Singapore FinTech Festival 2020, Facebook Financial head David Marcus said that the association plans to launch the Diem cryptocurrency and its native crypto wallet, Novi, sometime in the new year.

Given the bumpy road that the project has traversed over the past 18 months, Marcus called for the general public to give Diem a chance to showcase how it could potentially improve the payments landscape for a large number of people around the world: “I don’t think what we are asking for is just immediate trust. I think […] what we’re asking for is at least to have the benefit of the doubt.”

Once again, the actual launch of Diem is still subject to the necessary regulatory approvals from the Swiss Financial Market Supervisory Authority, or FINMA. This process has been ongoing since April when the then-Libra Association applied for a payment system license.

Nevertheless, that hasn’t swayed the view of some, like Germany’s finance minister, Olaf Scholz, who told a meeting of G-7 finance ministers that the project would not get the green light in the country if it did not address ongoing regulatory concerns. In October, the G-7 released a draft document indicating that the launch of Diem would be opposed until it “adequately addresses relevant legal, regulatory, and oversight requirements.”

All the while, Facebook has faced intense pressure from the U.S. Congress and Federal Trade Commission over allegations of widespread anti-competitive practices over the past 10 years. The FTC has filed a lawsuit pertaining to these points, with the end goal to force the spin-off of its acquired entities such as Instagram and WhatsApp into independent companies.

Cointelegraph reached out to the Diem Association with a range of questions related to the reception of its rebrand, but a representative declined to comment on any specifics, instead referencing previous press releases for information that has long been in the public domain.