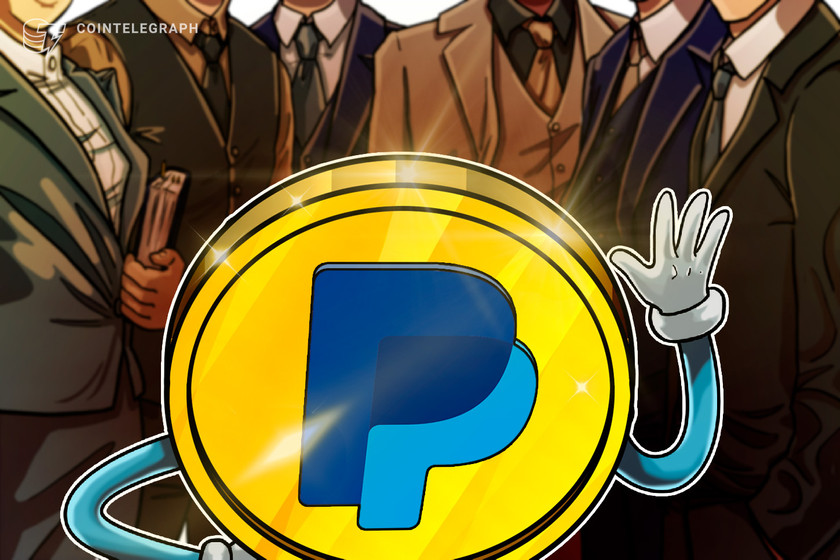 The CSO of CoinShares thinks that a payments-focused PayPal token could be forthcoming.

Global digital payment giant PayPal might be moving into issuing its own cryptocurrency after officially entering the crypto industry, according to a major industry exec.

Meltem Demirors, CSO at digital asset management firm CoinShares, says that she will not be surprised if PayPal issues its own token after the company broke the news of its soon-to-come support for crypto..

In an Oct. 21 interview with CNBC’s Fast Money, Demirors claimed that PayPal’s supporting crypto could eventually become a basis for launching its own, stating:

“I wouldn’t be surprised if, in the next six to 12 months, we see PayPal launching its own digital currency similar to a digital dollar that we see in many payments companies.”

Demirors said that PayPal might be interested in launching its own token as the company officially left the Libra Association, the governing body of Facebook’s Libra digital currency project. A member of the association at the project’s launch in June 2019, PayPal left the initiative several months after, claiming that it does not want the regulatory scrutiny over Libra to “bleed into their business.”

PayPal CEO Dan Schulman subsequently said that that regulation and compliance are foundational for PayPal as a company trusted worldwide. He also stated that PayPal is developing a product that is “not necessarily competitive with Libra.”

On Oct. 21, PayPal officially announced that the company will introduce the ability to “buy, hold and sell” a number of cryptos including Bitcoin (BTC), Ether (ETH), Bitcoin Cash (BCH) and Litecoin (LTC) directly with the PayPal digital wallet. With the new feature, PayPal customers will be able to use their crypto to shop at any of PayPal’s 26 million merchants around the globe starting in early 2021.