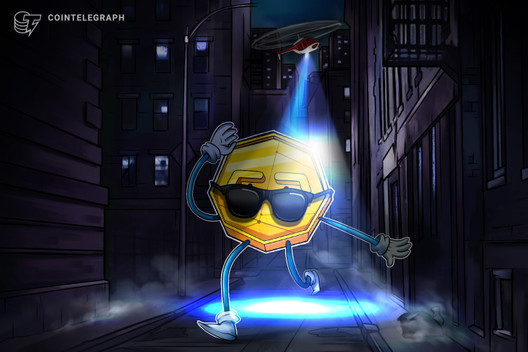 The COVID-19 pandemic has crushed businesses, crippling life all across the world. It is costing darknet drug traffickers millions as well because their methods of moving drugs and funds have been compromised during the lockdown, according to a blog post by Chainalysis.

“It’s also possible that vendors slowed down sales during the price drop, out of fear that the bitcoin they accept one day could be worthless the next. But it’s also likely that Covid-19 itself is making it harder to sell drugs at the moment.”

Nevertheless, this could all be a short-lived business trend owing to the lockdown, as the opioid epidemic in the United States is predicted to get worse due to the stress, isolation and financial devastation caused by the COVID-19 pandemic, which is spreading to every corner of society, with millions of people losing their jobs during this global recession.

To choke off the drug supply funneling into the U.S. and curtail the opioid epidemic from getting worse, the U.S. Drug Enforcement Agency in multijurisdictional investigations has been cracking down on the most powerful Mexican drug cartel, known as the Cartel de Jalisco Nueva Generación, that controls at least two-thirds of the U.S. drug traffic of cocaine, heroin, methamphetamine and fentanyl-laced heroin — one of the deadliest drug in America.

In late February, the U.S Department of Justice and the DEA charged a dual U.S.–Mexican citizen Jessica Johanna Oseguera Gonzalez, known as “La Negra,” who is the sister of the Mexican drug Kingpin Rubén Oseguera Cervantes, known as “El Mencho,” of the CJNG for violating the Kingpin Act stemming from her alleged involvement in money laundering drug proceeds using five CJNG business entities. Typically in Trade Based Money Laundering transactions, cartel associates who sell drugs in the U.S. buy American goods with the drug money and ship them to China because Mexican cartels rely on “international Asian criminal organizations” to launder their cash. In return, the Chinese money launderers who receive the products will then send crypto back to the cartels in Mexico. Crypto payments are widely popular in China because it can be used to anonymously transfer value overseas, circumventing China’s capital controls.

Following La Negra’s arrest on March 11, the DEA announced the arrest of more than 600 members of the CJNG cartel. As Acting Administrator Uttam Dhillon explained:

“Project Python is the single largest strike by U.S. authorities against CJNG, and this is just the beginning. This strategic and coordinated project exemplifies DEA’s mission: to disrupt, dismantle, and destroy drug trafficking organizations around the world and bring their leaders to justice.”

“When President Trump signed an Executive Order prioritizing the dismantlement of transnational criminal organizations, the Department of Justice answered the call and took direct aim at CJNG. We deemed CJNG one of the highest-priority transnational organized crime threats we face. And with Project Python, we are delivering results in the face of that threat for the American people.”

Yet another assault on Mexico’s deadly drug cartel arrived at the beginning of June with “Operation Blue Agave” — a joint operation between the anti-money laundering unit of Mexico’s Ministry of Finance and the U.S. DEA that targeted nearly 2,000 men, women and companies to freeze more than $1.1 billion in assets of CJNG. Mexican President Andres Manuel Lopez Obrador explained:

“There was a request from the government of the United States because they had information about CJNG. Following the collaboration agreements, the accounts of this group had to be frozen.”

However, despite the DEA’s recent success concerning Project Python and Operation Blue Agave, an audit report released earlier this month by the U.S. Office of the Inspector General of the DOJ sounded the alarm on how the DEA failed to report millions in digital currencies, which it had earned on undercover money laundering and drug trafficking, even though in the past few years, the DEA has seen an exponential increase in cases that involve cryptocurrency, particularly investigations into dark web operations.

The 72-page, partly redacted audit of income-generating undercover operations describes the “serious risks” associated with DEA operations between 2015 and 2017, contending that a significant sum of the proceeds in these operations was not disclosed to designated oversight authorities and that there were even cases, in which the DEA neglected to pursue the targets identified in their operations, casting the DEA as an agency whose efforts to clamp down on cryptocurrency money laundering got ahead of its own ability to monitor itself in its handling of crypto-related activities that lacked structured procedures and oversight.

The report said that “the DEA’s management of virtual currency-related activities was insufficient due to inadequate headquarters management, lack of policies, inadequate internal control procedures, insufficient supervisory oversight, and lack of training. This deficiency occurred more than 2 years after a former DEA Special Agent was convicted of stealing $700,000 in virtual currency during a joint task force investigation of the Dark Web marketplace Silk Road because DEA did not implement additional internal controls specifically related to investigations involving cryptocurrency.” It also states: “Moreover, despite the unique challenges of cryptocurrency laundering schemes, such as unknown fees and spontaneous currency fluctuations [and virtual currency mining — which is not mentioned in the audit report] that are not present in traditional money laundering, the DEA did not create new processes and forms to conduct and document these undercover activities.”

To bolster their cryptocurrency oversight and enforcement efforts for 2021 — which begins in October of 2020 — the U.S. Federal agencies sought millions of dollars in new funding and procured a cryptocurrency investigations tool called “Coinbase Analytics” as follows:

Taxpayers with crypto transactions are encouraged to comply with various U.S. crypto regulations and U.S. tax reporting requirements, given the enhanced investigation tools and the human resources dedicated to cryptocurrency oversight and enforcement efforts by various U.S. agencies.

Selva Ozelli, Esq, CPA, is an international tax attorney and certified public accountant who frequently writes about tax, legal and accounting issues for Tax Notes, Bloomberg BNA, other publications and the OECD.