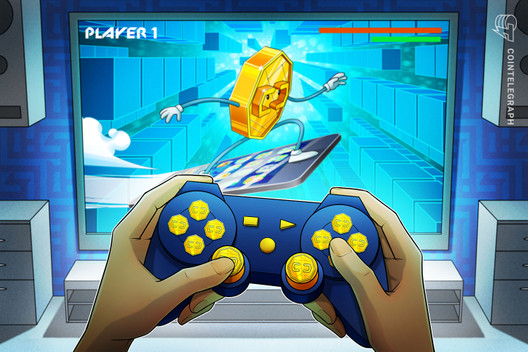 As the world discovers more ways to implement blockchain technology, the billion-dollar gaming industry is leveraging the technology to bring transparency, trust and ownership of digital assets to players. A new vision for blockchain games is emerging — one that aims to bridge the gap between virtual worlds and reality through user commerce.

This notion is being demonstrated by blockchain game developer Uplandme. On May 21, Uplandme announced a partnership with Linden Lab’s Tilia division for leveraging Tilia Pay to enable fiat payments for virtual properties traded within the Upland game marketplace. Currently, the virtual San Francisco properties listed on Upland are traded and purchased by players using the in-game cryptocurrency UPX. Upland’s co-founder, Dirk Lueth, told Cointelegraph that when Upland was initially built, the goal was to create an ecosystem representing a real-world open economy. He said:

“Upland is a virtual version of Monopoly. It’s a trading game based on the EOS blockchain that features real-world addresses in San Francisco. These addresses are all tokenized as nonfungible tokens (NFTs), which can be traded and bought using the in-game cryptocurrency, UPX.”

However, in order for Upland to flourish into a truly open economy, a monetization method that would allow players to earn real-world commerce was required. Upland was launched in January 2020 with the promise to exchange in-game tokens for fiat money, which has now become a reality.

According to Leuth, Upland’s vision of a functioning open economy is now achievable through the partnership with Tilia. Linden Lab initially created Tilia Pay to support commerce for its Second Life virtual world, which conducts 1.5 million transactions per day and has an annual GDP of over half a billion dollars. Upland represents the first third-party customer for Tilia, which serves as a registered money service provider and licensed money transmitter.

“We strongly believe that the future of games and digital property is true ownership; giving players full control over the digital goods they spend time and money acquiring and allowing those goods to retain value in a fair and open marketplace. This partnership helps us fulfill that true ownership promise.”

Bridging the virtual world with reality

Tilia CEO, Aston Waldman, told Cointelegraph that allowing users to extract real-world value within virtual worlds greatly increases engagement, benefiting both players and game developers. Yet in order for this to be achieved, Waldam explained that regulations and licenses are required to move real-world value:

“Tilia has licenses in every state in the U.S., which gives us a unique advantage since no other company has this currently. This is what allows us to move real-world value, like USD, any type of fiat, or cryptocurrencies, between users on a virtual platform.”

Waldman further noted that these licenses allow for a wallet to be integrated within online games, functioning as “in-game bank accounts” that can hold fiat or cryptocurrencies. He added: “The ultimately allows users to extract USD or any other currency out of their accounts, or convert cryptocurrencies to USD to gain profits from goods on the virtual platforms.” Tilia Pay will be implemented into Upland in the coming weeks, putting the platform one step closer to bridging the gap between a virtual world and reality.

Play-to-Earn is the future of blockchain games?

The partnership with Upland and Tilia is also noteworthy, as it demonstrates another instance where a play-to-earn model is adopted by a blockchain game. This is important, as there are certain features naturally built into blockchain games that cannot be offered by centralized platforms. For instance, blockchain games provide true digital asset ownership through nonfungible tokens. On this matter, President of Blockchain Game Alliance, Sebastien Borget, told Cointelgraph:

“Play-to-earn is possible in fiat, without using cryptocurrency, but blockchain, NFTs and cryptocurrencies are facilitators for the payment part, allowing to trade, exchange in a decentralized manner. The game company is not the custodian of a player’s funds and assets.”

Borget further noted that play-to-earn blockchain games are the future of the industry, predicting that this will become a mainstream business model over the next five years, adding:

“I am positive we are getting closer to this mass-adoption moment, as the unfortunate conditions of current world pandemic are pushing players to look for (new) ways to escape the reality of their closed home and apartments by playing video games. Games allow them to express themselves socially in digital spaces, share and interact together.”

Indeed, play-to-earn blockchain games are becoming more common. For instance, Borget mentioned that the flagship game Axie Infinity is growing an active community through sharing tips on how to earn money from crypto gaming. He also shared that popular online games such as Angry Birds, Fortnite and Minecraft are working to enable blockchain features to provide players with the benefits of true ownership and play-to-earn models.

Moreover, Borget shared that The Sandbox decentralized gaming platform, of which he is a co-founder and the chief operating officer, is moving forward with the vision of building out an ecosystem where creators can truly own and monetize their games and creations.

Is it better to earn fiat or crypto?

Interestingly, while blockchain games like Upland are moving toward play-to-earn models based on fiat, some skepticism remains. Venture capitalist Tim Draper told Cointelegraph that these games may be more successful if they stick with cryptocurrency monetization models:

“Upland looks like an awesome game and Second Life has been around for a long time with very loyal customers. However, they might be even more successful if they didn’t worry about converting back to fiat currency. Bitcoin/crypto is just better, and fairly easy to spend now if anyone wants to spend it.”

While it may be too soon to determine which model will reign supreme, Upland did mention big plans for the future now that Tilia Pay is being leveraged. According to Lueth, Upland aims to create an entirely new genre of gaming, one where people interact in digital worlds to generate commerce that can be used in real life. He mentioned plans to eventually bring businesses onto the platform, saying:

“We are in talks with a car manufacturer now, as we want to tokenize cars so they can be traded and sold virtually. We are also thinking about going global and listing properties in places other than San Francisco. The grand vision is for the entire world to be open and accessible from anywhere.”