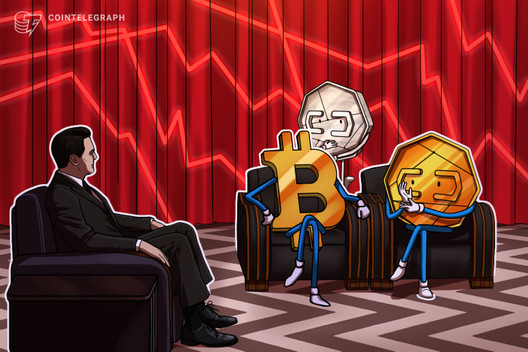 The sudden short-term price drop can generally be attributed to five major factors: a cascade of liquidations on BitMEX, whales seeking liquidity at near support levels, an uptick in miner selling and the rapid growth of the options market.

In the last 18 hours, around $53 million worth of longs were liquidated on BitMEX alone. It indicates traders were largely expecting the price of Bitcoin to reclaim the $10,000 resistance level in the near-term.

Instead, the price of Bitcoin rejected $9,800 with a heavy sell-off, taking BTC down to around $9,300 initially within a span of an hour. 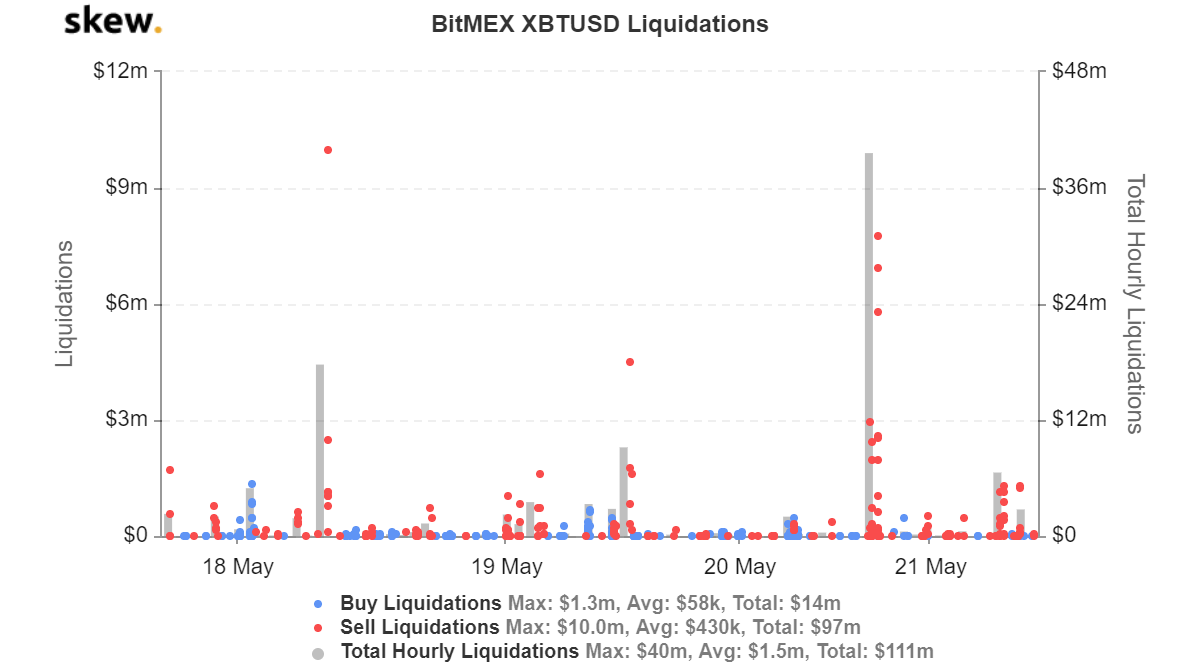 There is a high level of selling pressure in the high-$9,000 area because traders are actively moving to hedge their positions in case of a deep pullback. 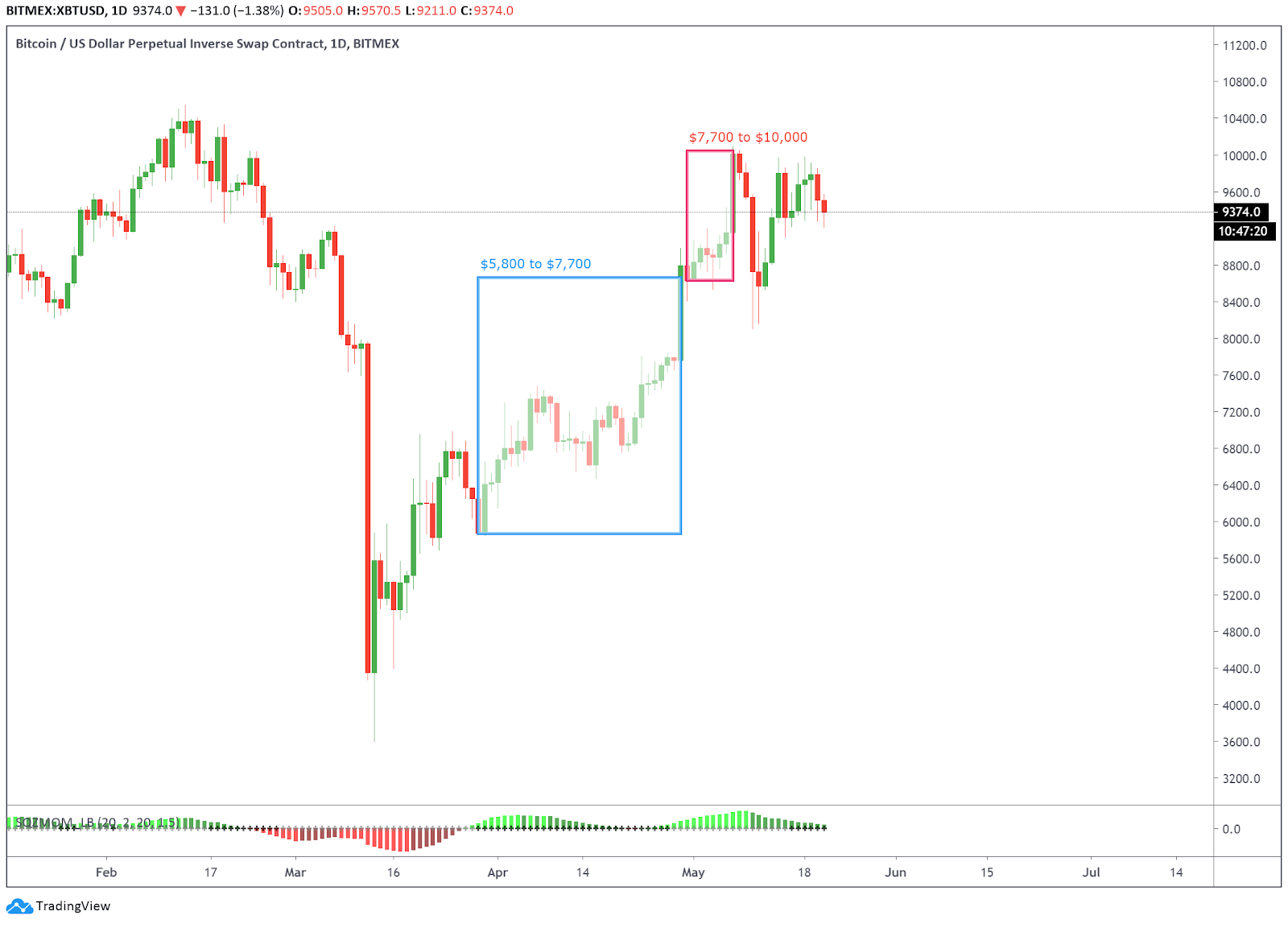 Technically, there is little resistance or support between $7,700 to $9,100. Traders are seemingly cautious about a further downtrend because of the weak technical structure between the price range.

As Cointelegraph extensively reported on May 20, an individual moved 50 BTC from a wallet that dates back to February 2009.

The 50 BTC was mined merely one month after the first Bitcoin block was mined, causing people to speculate if it was Satoshi Nakamoto.

But, from the absence of a Patoshi pattern to the existence of several early miners in 2009, almost all data points showed the sender was not Satoshi.

The lackluster data did not stop whales from using the narrative to stir up volatility in the market. As soon as the transaction was publicized, the price of Bitcoin dropped by 5% almost immediately. Whales were most likely adding selling pressure to take liquidity at low support levels.

An uptick in miners selling

According to data from ByteTree, the Miner’s Rolling Inventory (MRI) is at 102.8%. If the MRI crosses around 80%, it shows miners are selling the BTC they mine, rather than holding onto it.

The recent trend of miners selling more BTC than before the halving occurred on May 11 may add persistent selling pressure on BTC throughout the near-term.

Tether is widely utilized as an alternative to digital cash, especially in regions with restrictive access to the cryptocurrency exchange market, such as China. 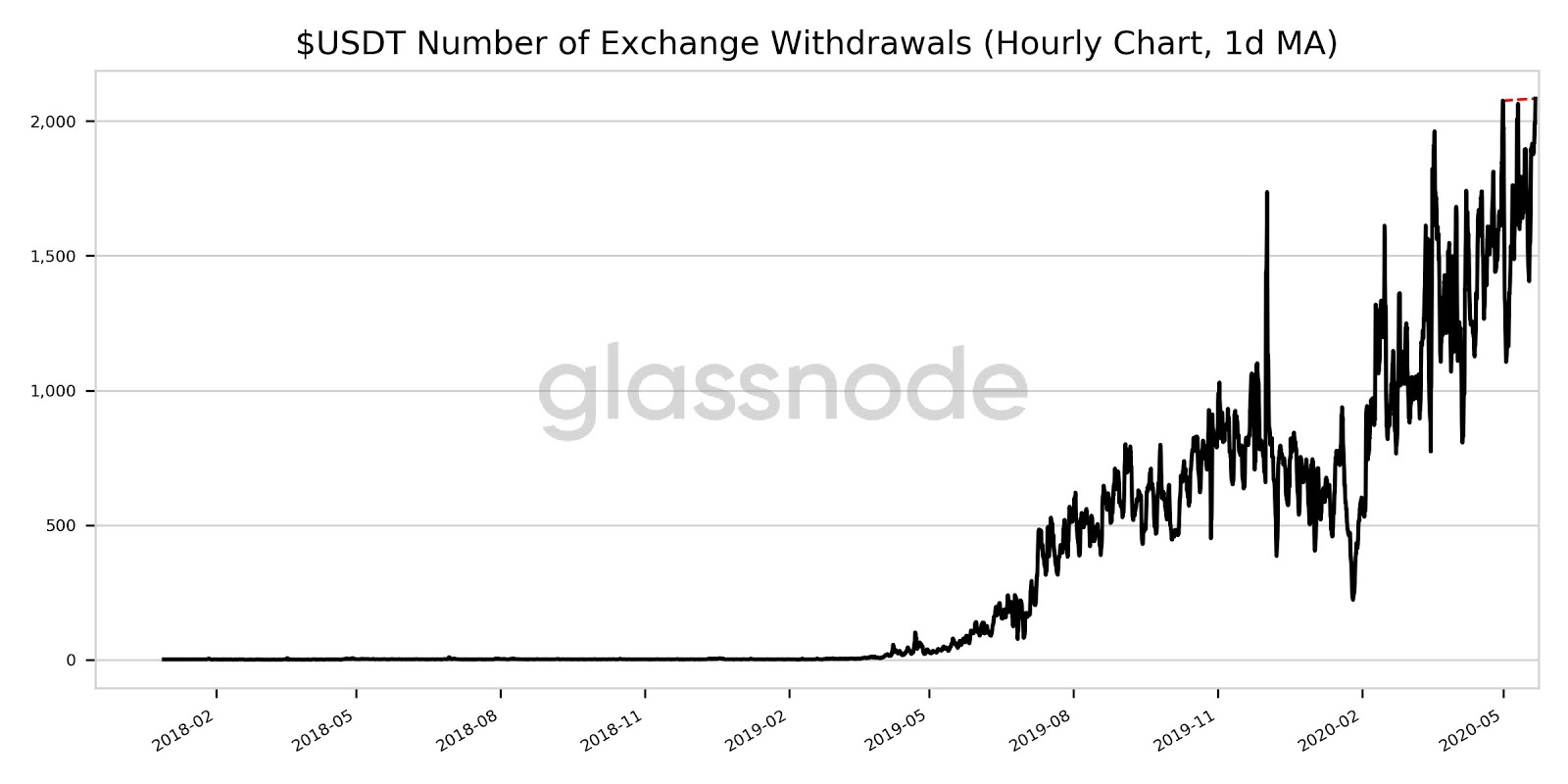 The outflow of Tether from exchanges suggests two things: the number of sellers in the market is on the rise and the number of Chinese buyers may be on the decline.

The Bitcoin options market is expanding at a rapid rate, with Deribit reaching a billion dollars in open interest.

Unlike futures and spot prices that are relatively easy for both long-time traders and beginners to navigate, options contracts are conceptually more complex than the two. As such, options appeal to professional and full-time traders over casual traders.

With options being one of the three big markets alongside spot and futures, the volatility of BTC and the diversity of investors within the market is increasing. In the near future, the options market is likely to have more impact on the price trend of BTC.