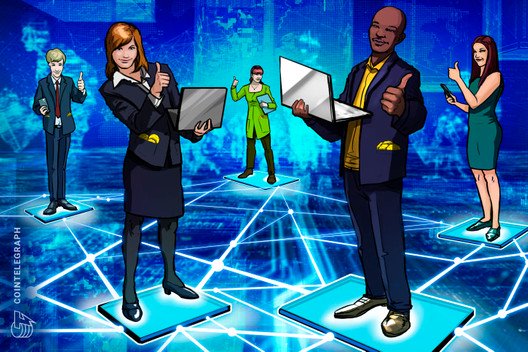 The proof-of-stake ecosystem continues to refine itself and find creative solutions in pursuit of decentralized consensus — despite the problem’s complexity and challenges.

Oh, the wonders of decentralized consensus — that dream of permissionless blockchains to be censorship-resistant, trustless, collaborative and egalitarian for a potentially global community of users. While lofty in ideals, consensus is foundational for each crypto network, which must agree upon that most basic question of who decides what on the network.

Decentralized consensus in the form of a proof-of-work mechanism was at the core of Satoshi Nakamoto’s innovation when creating Bitcoin — all additional protocol elements stem from PoW’s ability to reach consensus regarding the digital ledger through the computational work of distributed individuals.

In the decade that has transpired since, we’ve seen some of the shortcomings of proof-of-work, including its high energy costs, a consolidation in mining power to few massive mining pools and limited transaction bandwidth. As a result, there have emerged new mechanisms of decentralized consensus, most notably proof-of-stake and hybrid PoW/PoS systems. While the drawbacks of PoW have done little to impact Bitcoin’s dominance within the industry, they have led to most new projects to opt for the more scalable and energy-efficient proof-of-stake system.

Despite PoS’s rise to prominence, it’s not a perfect mechanism either, and it’s worth investigating its strengths, shortcomings and potential improvements in more depth.

Proof-of-stake: The many flavors

The core functionality of a proof-of-stake system allows “validators” (rather than proof-of-work’s miners) to stake their assets in order to propose and vote on the next block (as opposed to solving PoW’s cryptographic function). While specific implementations vary, in general, the more a validator has staked, the more weight to their vote and the larger their reward — but also the larger amount of capital subject to penalty if acting maliciously.

From this basic framework, a number of variations have arisen within the crypto industry. The most basic mechanism is a “pure proof-of-stake” system, like Algorand uses, which gives proportional voting and block proposal weight to each token holder’s “stake.” Unlike other systems, staking in PPoS does not require a user to go through any special process to stake, but rather all tokens are staked automatically, allowing all token holders to participate in governance. This is quite similar to a “bonded proof-of-stake” system, which Ethereum 2.0 plans to adopt, in which users must actively lock up their assets to stake, receive proportional voting power, and endure “slashing” penalties if they vote against consensus.

In the bonded proof-of-stake system, anyone with the appropriate amount of capital can contribute to the network, which can raise two potential issues. If the amount of capital is too high, it greatly reduces the inclusivity of the network and concentrates power. But if it’s too low, the number of nodes that must reach consensus can be huge, slowing down the network. One potential solution to these issues is the “delegated proof-of-stake” system, such as is employed by the EOS network. In DPoS, network token holders vote for a limited number of delegates to act as the validators for the network. This both increases inclusivity of participation and limits the number of nodes necessary for consensus, leading to EOS’s high transaction rate of around 3,900 transactions per second. It does, however, mean that power is concentrated among EOS’s 21 elected Block Producers.

Finally, there are the hybrid models like Tezo’s “liquid proof-of-stake,” which allows users to delegate their voting and staking rights or exercise those themselves, and like Decred’s “hybrid proof-of-stake” model, which combines elements of PoS and PoW with miners proposing blocks and token stakers acting as validators.

The different iterations, innovations and hybrid models of consensus mechanisms demonstrate an obvious truth: Decentralized consensus is hard. It requires coordinating a community of rational actors to act in a way that is first and foremost advantageous to the community, not the individual. This requires extremely tight incentive structures and a constant balance of the risks of centralization in terms of security and trust with inefficiencies around decentralization.

Advantages and challenges with proof-of-stake

The balancing act that must be managed is often called the “scalability trilemma,” which alludes to the tradeoffs blockchain’s are required to make when considering decentralization, security and scalability (similar to the old “pick two: sleep, friends, school” in college). PoS models generally attempt to balance all three factors more than PoW, which typically emphasizes decentralization and security.

The attempt at a more generalist approach comes with its own set of issues, some of which have been solved and some which continue today.

In the early days of PoS implementation, there were two primary objections to the mechanism vs. PoW that revolved around the fact that stakers did not actually have anything at stake (the “nothing-at-stake” problem), which meant they could support an alternate version of the blockchain at no cost (the “long-range attack” problem). The nothing-at-stake problem raised the issue that if there was a fork in the chain, a validator’s optimal strategy would be to validate on every chain in order to receive their reward regardless of the fork’s outcome. The long-range attack problem is similar to a 51% attack, but the attacker rewrites the blockchain from the genesis block, which is possible in PoS because no work is necessary to rewrite a very long chain. These issues were solved with the concept of “slashing,” which penalizes a validator for supporting an incorrect version of the blockchain.

These penalties, however, could have the side-effect of limiting the number of stakers, depending on their risk profile and technical capabilities. Of course, the goal of a blockchain is to have as many users as possible to stake and participate in the network. However, this can also introduce the “zero-holding equilibrium” problem, which is when no users want to ever hold tokens outside of staking because of the inflation of network’s tokens, thereby limiting actual usage and transactions.

Trade-offs and trade-offs all the way down, it may seem — though many are only theoretical, at this point. In the wild, perhaps the most widespread practical problem of PoS systems is actually shared with PoW systems: a consolidation of power and capital to a limited number of major players and a feedback loop allowing those with the most power to gain more. This is true in terms of their governance power within the network, as well as their balance sheet in the broader world — allowing the wealthy and powerful to grow more wealthy and more powerful.

In PoW, we see this with the major mining pools, which are able to gain more and more hash power at incremental cost. In PoS, we see this often with seed investors receiving large amounts of discounted tokens, which translates to more power and higher staking rewards. So, while more people can participate in staking compared to mining, there is still a considerable inequity.

Many of the aforementioned challenges, particularly those simply around incentive alignment, have been solved with innovations such as slashing, often created by the Ethereum Foundation and Casper. Issues of centralization and the concentration of power seem to be more difficult to solve for a platform like Ethereum, which has a concentration of whales because of its long history and early efforts within blockchain.

Systems like delegated proof-of-stake are an interesting potential solution to both maximize participation and efficiency, though the result can feel quite centralized despite its democratic nature. Hybrid systems like those employed by Tezos and Decred are also interesting experiments that could prove effective in limiting monopolization of power by having multiple stakeholder groups and increased user agency.

While these types of innovation, experimentation and ingenuity are necessary for the ecosystem’s development, we are often inclined to create more complex solutions than necessary. Historically, much of the centralization of PoS systems does not come from a technical or incentivization mechanic but from the nature of the initial distribution. Large token holders and institutions often receive the lion’s share of an initial distribution, cementing their status as central points of power and potentially of a failure within the network. One solution, then, would be to democratize access to token distribution from the earliest possible moment.

This is currently the approach being taken in a partnership between CasperLabs, which is building a permissionless, high-performance PoS blockchain, and digital asset trading platform BitMax.io through their new joint solution: an exchange validator offering, or EVO. Rather than offering tokens to institutional investors, CasperLabs and BitMax are teaming up to give retail investors the opportunity to be the first to receive token distribution, such that they will operate as validators through BitMax when the network goes live. The elimination of the whale effect in initial distribution could go a long way to reducing any future monopolization of power in the network.

Despite the numerous challenges of decentralized consensus (from a pre-launch blockchain all the way to Bitcoin), it’s encouraging to see continued innovation and experimentation in this realm, particularly which remains true to the fundamental ideals of trustlessness, security and decentralization.