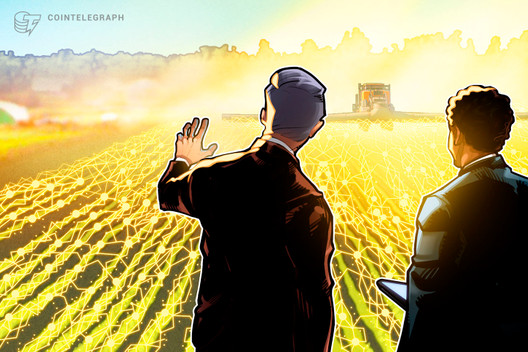 Covantis, a blockchain initiative backed by global agribusiness giants like Cargill, has selected ConsenSys as a technology partner.

Within the partnership, ConsenSys will build an Ethereum-based blockchain platform to digitize the post-trade finance industry and bring efficiencies and cost savings to the international agribusiness supply chain, Covantis said in a Jan. 23 press release.

Four agribusiness giants established the initiative in 2018, while Covantis’ name came out months ago

While the companies have been investigating ways to standardize and digitize global agricultural shipping transactions since 2018, the official branding of the project was revealed about two months ago.

ConsenSys will help to launch the Covantis digital platform in 2020

As the company plans to launch its digital platform in 2020, the recent addition of ConsenSys will apparently accelerate the anticipated launch. Initial focus will be on automating grain and oilseed post-trade execution processes, the press release notes.

ConsenSys will provide Covantis with a number of its enterprise-grade blockchain tools and services, including PegaSys Orchestrate, Kaleido and MythX to build the blockchain network on Ethereum. Specifically, the firm will build a secured platform based on Quorum, a permissioned Ethereum-based blockchain developed by major global financial holdings company JPMorgan.

Rettore highlighted the ConsenSys’ outstanding technology expertise, expressing confidence that the company would be a perfect tech partner for their initiative:

“ConsenSys presented prototypes that demonstrated excellence in its field and has a track record of using blockchain technology to digitize processes in the commodity trade finance industry. We are confident this partnership will allow us to build a first-class product, centered around unparalleled functionality, security and privacy.”

ConsenSys confirmed the news in a Jan. 23 tweet, while Joseph Lubin, Ethereum co-founder and ConsenSys CEO, noted that Covantis’ platform is proving the huge potential of blockchain tech:

“The strength of the Covantis initiative’s commitment to leverage innovative, best-in-class technologies to transform global trade operations for agricultural commodities is inspiring. […] This platform is evidence that blockchain technology has started to deliver on its promise of unlocking value through collaboration and removal of information silos within and across industries.”

Agribusiness is one major direction of blockchain implementations. In late 2019, Big Four audit firm KPMG launched a blockchain-based track and trace platform that is designed to increase transparency and traceability of processes in agriculture and other industries. Previously, Cargill — the United States’s largest privately held company by revenue — invested in digital engineering resources to develop Hyperledger Grid to streamline supply chains by using blockchain technology.