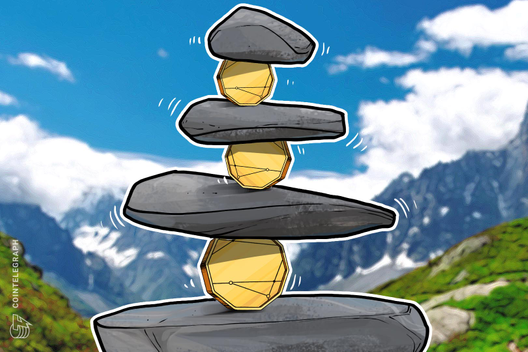 Binance, the second-biggest crypto exchange, fell out of CryptoCompare’s new exchange rankings due to security concerns.

London-based crypto data provider CryptoCompare has updated its crypto Exchange Benchmark, removing Binance cryptocurrency exchange from the list of the top 10 exchanges. Binance, the second biggest crypto exchange by daily trade volume to date, is not included in the CryptoCompare’s list as the rankings do not rely on aggregate volume data in its analysis, the firm said in a press release to Cointelegraph on Nov. 19.

Binance was ranked seventh in the first Exchange Benchmark

CryptoCompare’s first Exchange Benchmark was published in mid-June 2019 with the purpose of ranking around 100 crypto spot exchanges worldwide.

At the time, the benchmark ranked Binance as the seventh top exchange, while Gemini, the top exchange of the just-issued Exchange Benchmark, followed Binance in eighth place. Meanwhile, United States-based Coinbase led the list.

Binance is now ranked in 12th place on CryptoCompare’s list. Charles Hayter, co-founder and CEO at CryptoCompare, told industry news outlet The Block that Binance dropped out from the top 10 list following the hack of the exchange in May 2019. Hayter reportedly said:

“Our new Benchmark includes a category for recent hacks for which we penalize exchanges. As Binance was recently hacked, it is marked down in the security category.”

On May 7, Binance experienced a major security breach, in which hackers managed to steal more than 7,000 Bitcoin (BTC) worth around $42 million at the time of the hack. Binance subsequently noted that it will use its emergence insurance fund, Secure Asset Fund for Users, to cover the incident.

In a press release, CryptoCompare said that the new rankings now include over 160 active spot exchanges. In its Q3 2019 Exchange Benchmark report, CryptoCompare found that only 8% of analyzed exchanges use a custody provider to store user assets, while only 4% of exchanges offer third-party insurance in the event of a hack.

The company also pointed out an increase in margin trading offerings since June, noting that exchanges offering such trading now account for 62% of total volume, against 52% in June.

As reported, CryptoCompare launched its Exchange Benchmark in response to a study claiming that 95% of volume on unregulated exchanges is fake. In mid-November, major crypto data site CoinMarketCap launched a new metric comparing exchanges and token pairs based on liquidity. Hayter reportedly said that liquidity alone is an “insufficient” metric and that exchanges need to be rated holistically. He told The Block:

“We have always incorporated a liquidity metric in our scoring system for each exchange, using depth and spreads across top markets.”