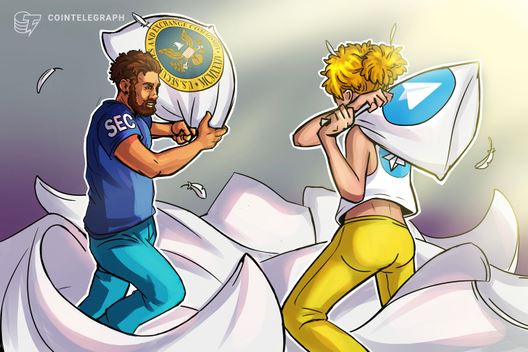 Encrypted messaging service Telegram has asked the New York Southern District Court to throw out accusations by United States regulators that its in-house cryptocurrency is a security.

In a fresh filing on Nov. 12, Telegram’s lawyers did not mince their words as they accused the U.S. Securities and Exchange Commission (SEC) of abandoning just practice in its criticisms.

The SEC had previously argued Telegram was engaging in the sale of unregistered securities when it sold its GRAM tokens to vetted investors. Despite the pressure, investors rejected a refund of money paid.

The filing claims about the SEC:

“…Plaintiff has engaged in improper ‘regulation by enforcement’ in this nascent area of the law, failed to provide clear guidance and fair notice of its views as to what conduct constitutes a violation of the federal securities laws, and has now adopted an ad hoc legal position that is contrary to judicial precedent and the publicly expressed views of its own high-ranking officials.”

Telegram’s token launch has seen multiple hurdles over the past eighteen months. The company originally raised $1.7 billion in its initial coin offering (ICO).

The action is just one of several battle fronts for the SEC, which is also engaged in proceedings with Canadian messaging service Kik over its $100 million ICO from 2017.