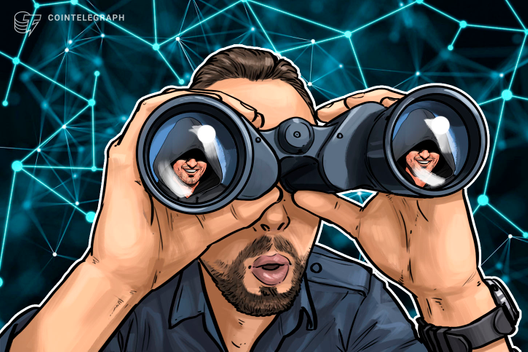 The New Jersey Bureau of Securities has identified two companies believed to be offering fraudulent ICOs and ordered them to stop.

The Bureau of Securities in New Jersey has issued two emergency orders to the companies Zoptax and Unocall to end their initial coin offerings (ICOs). The Bureau alleges that the token offerings qualify as fraudulent unregistered securities offerings.

The Office of the Attorney General in New Jersey announced the Bureau’s orders in a news release on Aug. 7. In the case of Zoptax, the report states that the company is offering the cryptocurrency Zoptax Coins through a website-conducted ICO. The website apparently states that the ICO has a soft cap of $500,000, as well as a hard cap goal of $3.4 million.

In addition to being unlawfully unregistered as a security, the Bureau claims that Zoptax made “materially false and misleading statements and/or omitting to state material facts in connection with the offer and sale of its securities.” These reportedly include the allocation of ICO funds, pertinent information on the entities behind Zoptax, as well as pertinent location details such as the company’s physical address and principal place of business.

Likewise, the Bureau judged that the company Unocall had misled its prospective investors in the same manner. Unocall is also offering a website-conducted ICO, as well as opportunities in its ‘Staking Program’ which purportedly provides guaranteed interest of 0.18% to 0.88% per day.

The firm is reportedly conducting its ICO in order to raise funds for developing its ecosystem that would allow for trading its native tokens, altcoins and fiat money through the company’s UNOpay Mobile Wallet.

According to Bureau Chief Gerold, recent events with Libra and a spike in the Bitcoin (BTC) price have caused a new wave of suspicious investment solicitations:

“With the price of Bitcoin increasing over the last few months and the announcement of Facebook’s Libra, there has been a sharp increase in public solicitations to invest in crypto-related products that appear on their face to be suspect […] The two actions today are a reminder to investors that investing in cryptocurrencies or crypto-related products have significant risks and investors must do their diligence before investing.”

The orders from the Bureau to Zoptax and Unocall are part of the ongoing Operation Cryptosweep, which is described in the announcement as “an international crackdown on fraudulent Initial Coin Offerings (“ICOs”) and crypto currency-related investment schemes” launched by the The North American Securities Administrators Association (NASAA) in April 2018.

The operation is a coordinated effort between state and provincial securities regulators in the United States and Canada. As previously reported by Cointelegraph, NASAA commented in August 2018 that Operation Cryptosweep had already conducted over 200 ICO investigations in the months since it launched.