All eyes were on Litecoin (LTC) price August 5 as its block reward halving failed to excite markets and produce gains for investors. 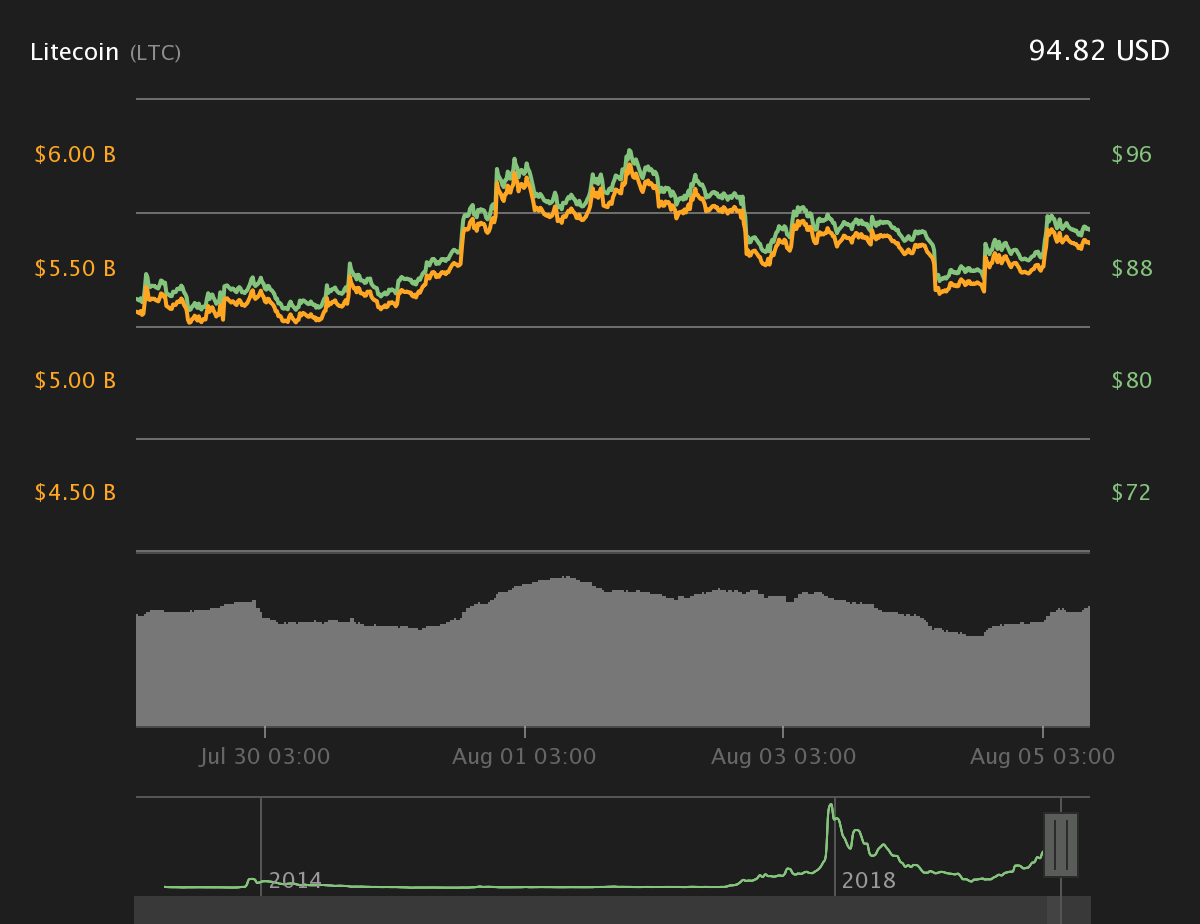 Data from Coin360 showed Litecoin, which is the fifth-largest cryptocurrency by market cap, trading at around $94 Monday, just one hour before the halving.

Once the process completes, miners will gain just 12.5 LTC per block of mined transactions, instead of the current 25 LTC. While not guaranteed, this increased scarcity has the ability to push up the price of a token, Cointelegraph reporting on anticipation building prior to Bitcoin’s (BTC) next halving in May 2020.

For Litecoin, however, the halving has yet to enliven sideways markets, LTC/USD gaining just 3% over the past 24 hours.

Bitcoin in fact outperformed Litecoin and all other altcoins in the top twenty as the week began, rising by close to 10% on the back of increased geopolitical tensions centered on China.

“In the bear market, a lot of traders saw the Litecoin halving as a good fundamental trade and it became pretty crowded,” Eric Turner, director of research at blockchain analytics firm Messari, meanwhile told news outlet Al Jazeera August 3 about the Litecoin halving.

“Now that the halving is here, some investors are starting to exit the trade. Halvings tend to be priced in, so the event itself isn’t the positive catalyst that many expect.”

Cointelegraph has published a dedicated guide to the Litecoin halving, collecting the major theories on what it could mean for the token in the short and long term.