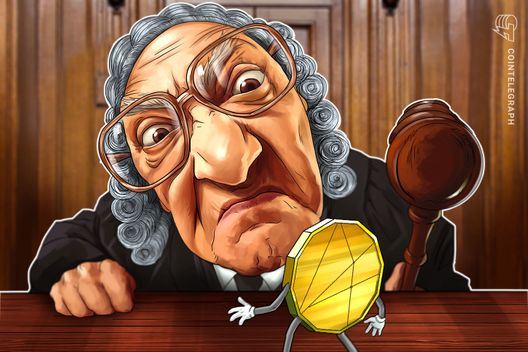 The case — which has been filed at the Court of the Southern District of New York on behalf of multiple plaintiffs who invested in the scheme — alleges that Jeremy Spence, alongside a small cohort of accomplices, orchestrated a fake entity called “Coin Signals.” Spence is alleged to have deceptively represented himself as a successful crypto trader. He reportedly offered investors in his scheme “lucrative returns” that he claimed were generated by the series of crypto hedge funds he purported to be managing.

These hedge funds reportedly included an “Alts Fund,” a “Long Term Fund,” a “managed entry” to an Initial Coin Offering (ICO) — dubbed “Evermarkets ICO” — and “Coin Signals Mex (CSM) Fund,” the latter of which is the primary focus of the lawsuit.

In truth, the lawsuit contends, the returns were not profits from investments, but “were simply reallocations to older investors of new investors’ assets” in a classic Ponzi scheme configuration. As the court documents state, Spence fended off questions from his investors with excuses — such as hacks and family emergencies — in order to “stall for time and plot his next move.”

The CSM Fund, as per Silver Miller, was not registered as a hedge fund with any U.S. regulatory authority, and failed to adhere to any of the regulatory requirements a legitimate investment fund is compelled to follow. At its height, the CSM Fund in particular is alleged to have held as much as 1,300 Bitcoin (BTC) deposited by the scheme’s investors — valued at the time at over $10 million.

When the CSM fund scheme started to fall apart in late 2018, Spence is alleged to have prevented the fund’s participants from withdrawing their assets. The lawsuit thus “pleads that the Court rescind the investments in the fraudulent Coin Signals funds; return to the investors their cryptocurrency; impose a monetary penalty against Spence and his collaborators for their fraud, and impose a constructive trust over the assets collected by Spence.”

As reported earlier this fall, a New York federal court ordered a crypto hedge fund and its CEO — who had reportedly solicited over $600,000 from at least 80 investors — to pay over $2.5 million for operating a fraudulent Ponzi scheme. The order was pursuant to an anti-fraud enforcement action first  filed by the U.S. Commodity Futures Trading Commission against the fund last year.