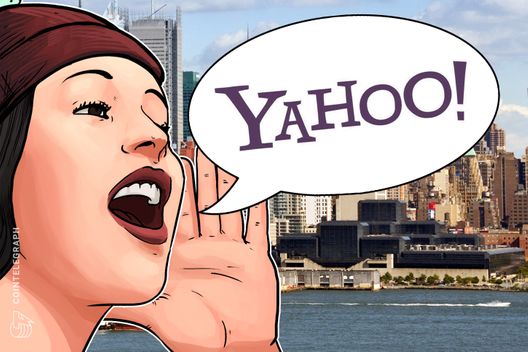 American payments firm Square has been named Yahoo Finance Company of the Year.

United States-based Bitcoin (BTC)-supporting payments firm Square has been named Yahoo Finance company of the year, according to a report from the media outlet Dec. 18.

As Yahoo Finance reports, $26 billion market cap payments company — founded by Jack Dorsey and Jim McKelvey in 2009 — has reportedly seen its stock go up 72 percent through Dec. 14; its shares were up 170 percent through the end of September, before the wider market downturn.

As previously reported, Square first announced in November 2017 that it would release a BTC trading option to a select 3 million of its Square Cash App customers. The announcement caused its stock to jump $1 billion in just five days. When the company rolled out support for BTC trading for customers across a more extensive range of U.S. states this February, Square’s stock increased yet again.

Cash App lead Brian Grassadonia told Yahoo Finance in a separate report that the stock surge was not the reason the firm introduced BTC support, but emphasized the choice stemmed from the company’s commitment to “democratizing access to financial tools that have historically been really complicated, intimidating, and stressful.”

This November, Square reported it had generated $43 million in Bitcoin revenue for Q3 2018, up from $37 million the preceding quarter. That same month, the company’s market cap surpassed that of Twitter, the popular social media platform which shares Jack Dorsey as its CEO.

In October, Square made the code for its Bitcoin cold storage setup open source, a couple of months after support for Bitcoin trading in its Cash App had finally been extended across all 50 U.S. states.