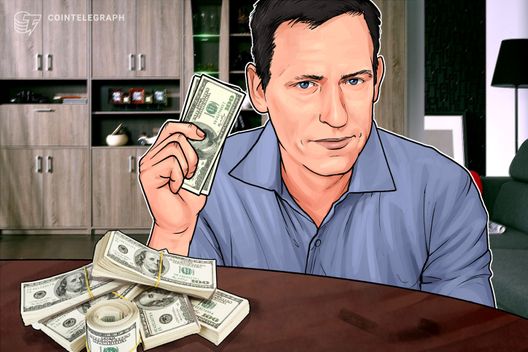 The company reportedly aims to direct the raised funds to the further development of programmable money and store-of-value applications. Per Layer1 co-founder Alexander Liegl, cryptocurrencies provide an “unprecedented opportunity” for companies to add value, which is “fundamentally different” from the possibilities offered by traditional assets.

In July, EOS developer Block.one secured investments Peter Thiel and cryptocurrency mining hardware billionaire Jihan Wu of Bitmain. Block.one is the creator of the EOSIO software, a blockchain protocol that aims to support decentralized apps (DApps) on an industrial scale.

Also in July, the Wall Street Journal reported that Founders Fund invested “millions of dollars” in Bitcoin (BTC), citing sources familiar with the matter. The firm purportedly bought between $15 and $20 million worth of BTC.