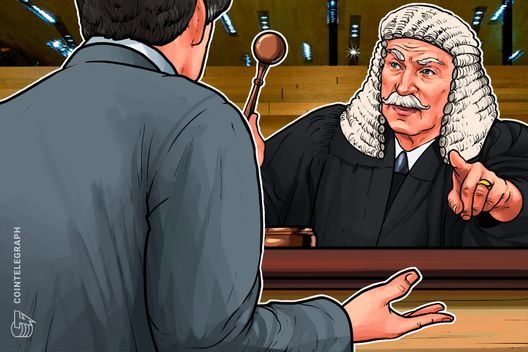 The cantonal court of Zug, Switzerland has reportedly shut down and ordered the liquidation of mining firm Envion AG, that uses clean energy to mine cryptocurrency.

Envion was established in Switzerland by Michael Luckow and Matthias Woestmann as an off-grid mining company that claims to use decentralized, clean energy like hydroelectric and solar to power its mobile mining units. Envion reportedly raised around $100 million through an ICO conducted in mid-January of this year.

However, the project eventually turned into a fight between the two partners as Woestmann accused Luckow of producing more tokens than had been initially suggested. Woestmann subsequently conceived a capital increase that reduced Luckow’s share. The dispute resulted in a court trial.

The cantonal court in Zug has reportedly shut the firm down and ordered its liquidation, while noting the complete absence of any auditing function or board. Woestmann, however, continues to accuse Luckow of not providing relevant information about the ICO, while Luckow reportedly states that Woestmann has always intended to push the company into liquidation.

Although Luckow will purportedly try to continue fighting for the firm in a bid to save the original concept, financial supervisors have reportedly appointed an investigator to ensure the liquidation is “unavoidable.”

Envion investors who wish to get their money back will reportedly have to first identify themselves in a form of a letter to the bankruptcy office, otherwise they will not be taken into consideration during the bankruptcy proceedings. Moreover, investors must register their claims within one month following the announcement.

The initial investigation into Envion’s ICO by the Swiss Financial Market Supervisory Authority (FINMA) began in July. FINMA’s investigation into the case found that, during its ICO, Envion accepted approximately 100 million francs (around $100.01 million at the time) from over 30,000 investors in return for issuing Envion’s native tokens (EVN), “in a bond-like form.”

The investigation focused on “possible breaches of banking law resulting from the potentially unauthorized acceptance of public deposits” during the token sale.

At press time, EVN token has seen a 186 percent increase in price over the day, and is trading around $0.08, according to CoinMarketCap. The token’s market capitalization is around $8.9 million, while its daily trading volume is around $12,000 as of press time.