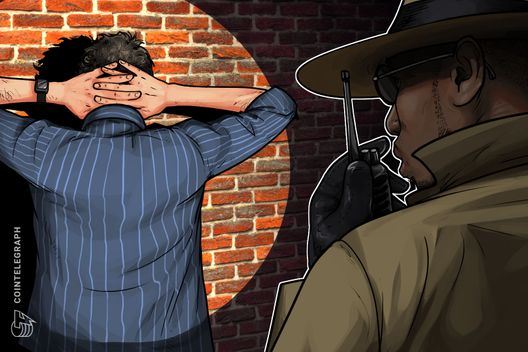 Bulgarian police reportedly seized cryptocurrencies worth around $3 million, as well as the equipment allegedly used by the thefts, including computers, flash drives, and a hardware portfolio for storage of crypto data.

Apart from notebooks containing crypto accounts, the prosecutors have also seized a car that was allegedly purchased with stolen funds and worth about 60,000 in Bulgarian Lev (BGN) (about $35,000). According to prosecutors, the suspects implemented new hacking methods and performed advanced computer skills in the scam. The criminals also used specialized software for the hacking scheme.

The prosecutors reportedly launched the investigation five months ago, shortly after being informed about the first cases of the alleged scam. The suspects are currently imprisoned by order of a local specialized court.

Last week, U.S. authorities in the state of California arrested a 21-year old man from New York for the alleged theft of $1 million in crypto in a “SIM-swapping” scheme. The hacking method involves the stealing of a cell phone number in order to hijack online financial and social media accounts.

Previously, California-based law enforcement group REACT Task Force reported that “SIM swapping” has become one of its “highest priorities” in a bid to fight cryptocurrency fraud.