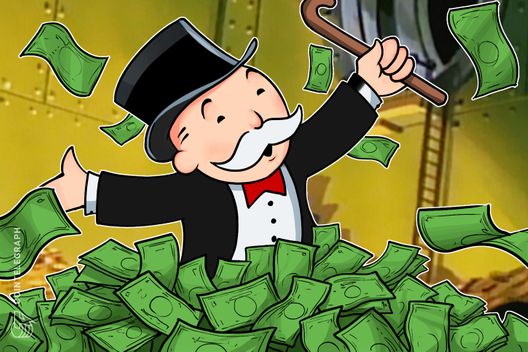 Chinese desktop software and blockchain-related company Xunlei has published its Q3 report Wednesday, Nov. 14. According to the report, the firm’s revenue increased in 2018 after the introduction of blockchain services.

The report notes that the company’s Q3 revenue reached $45.3 million, representing an increase of 1.1% year-over-year. The firm attributed $19.8 million of that revenue to its cloud and Internet value-added services sectors, which is an increase of 8.3 percent over the same period last year.

Lei Chen, CEO of Xunlei group, stated that blockchain remains one of the key investment areas for the company, noting:

“We believe that blockchain is a technology that can change our lives, and we will strive to make it available in different areas in a simpler and more cost-effective way.”

The company specifically mentioned its blockchain platform ThunderСhain, which has been launched this year, and lists recent blockchain-related partnerships, including a deal with the largest media group in China, People’s Daily, which is also the official newspaper of the Communist Party of China.

Xunlei, known for its P2P software and BitTorrent client and especially popular in China, re-oriented towards blockchain technology development in October 2017.

Back then, following a sustained downturn over two years, the company announced its first blockchain-driven initiative: the Link Token, which could be used to pay for some of Xunlei’s services. Shortly after, Xunlei became the best performing stock on Nasdaq, seeing up to 75 percent increase in shares, according to Bloomberg.

Later, in November, Xunlei came under scrutiny from China’s financial regulator following a state ban on Initial Coin Offerings (ICO). Consequently, its shares fell 40 percent. Despite the loss, Xunlei launched two new blockchain products in the spring, StellarCloud and ThunderChain Open Platform. Several months after the launch, the company’s CEO Lei Chen claimed that in Q2 Xunlei saw a $65.8 million in revenue, meaning a growth of over 70 percent on a year-over-year basis.

As Cointelegraph previously reported, in 2018 Xunlei also partnered with People’s Daily to construct a laboratory for “technology innovation” at the People Capital’s Blockchain Research Institute. Moreover, the two will develop a blockchain-driven platform to organize competitions, seminars, workshops, and promote and identify startups in the blockchain industry.