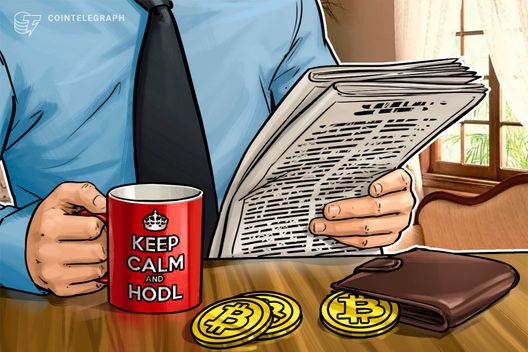 A former federal prosecutor for the U.S. Department of Justice (DoJ) and current general partner at a16z, Haun was representing the optimistic approach towards crypto-related technologies. Krugman, who was awarded the Nobel Prize in Economic Sciences in 2008, held his previous negative position on the topic, debating with Haun as a crypto skeptic.

In her preliminary speech that preceded the debate, Haun, who is also a board member at major crypto exchange and wallet service Coinbase, compared the current stage of cryptocurrency evolution to the early years of Internet:

“We’re in the dial-up days [of crypto], and the critics out there confuse the current state of innovation with the end state of it.”

Krugman opposed that point of view, reminding the audience that Bitcoin (BTC) had been on the stage for ten years already, and arguing that the prospects of using it as a payment method were still unclear. The Graduate Center of the City University of New York (CUNY) Professor of Economics noted that at the initial stage of web there clearly were things one could not do without the internet, such as storing newspapers online. However, Krugman opined, crypto hasn’t shown such advantages so far:

“There is very little sign that BTC is becoming any kind of widespread means of payment, and that’s ten years on, so when is it going to happen?”

Haun for her part stressed that BTC reached a mass audience quite a bit later than when Satoshi Nakamoto released the Bitcoin whitepaper — pointing to the years 2012-2013 as when digital currencies became somewhat more broadly know.

Haun also reminded the audience that many people still tended to believe in myths about crypto and crime, which have slowed down mass adoption of the technology.

During the debate, Krugman cast doubt on the very nature of cryptocurrencies, calling the fact that there is no authority to prove their authenticity a point of weakness. In response to that, Haun said that fiat currencies were also easy to counterfeit, while global governments do not have the resources to fully prevent such crimes.

Despite their contrary stances, both participants seemed to agree that blockchain and crypto would not necessarily fully undermine or destroy existing systems. For his part, Krugman argued that blockchain had not found a use case to rival existing centralized services, like Amazon:

“I don’t think blockchain will undermine Amazon or any of these people. I use Amazon not because the power of it, but because of laziness […] Money is all about the power of laziness, you don’t have to think too much about what the thing is. It’s a dollar, so I can use it.”

Haun spoke to the fact that crypto could exist without fully replacing fiat money:

“I don’t think cryptocurrencies will replace all of the other currencies, such as euro and dollar. I also don’t believe it is going to replace gold as a store of value entirely […] I think it will develop as an alternative store of value.”

As Cointelegraph has previously reported, Haun was introduced to crypto and blockchain during her time in government when she worked as a prosecutor on the  Silk Road case. This spring, Haun stated that she doubts cryptocurrencies and blockchain will see relevant regulation in the near future, due to the rate of development in the industry.

Krugman, in his turn, has previously called the collapse of crypto “a real possibility,” claiming that crypto enthusiasts are “effectively celebrating the use of cutting-edge technology to set the monetary system back 300 years.” He has been repeatedly criticized for his unapologetically negative stance on Bitcoin by members of the crypto community.